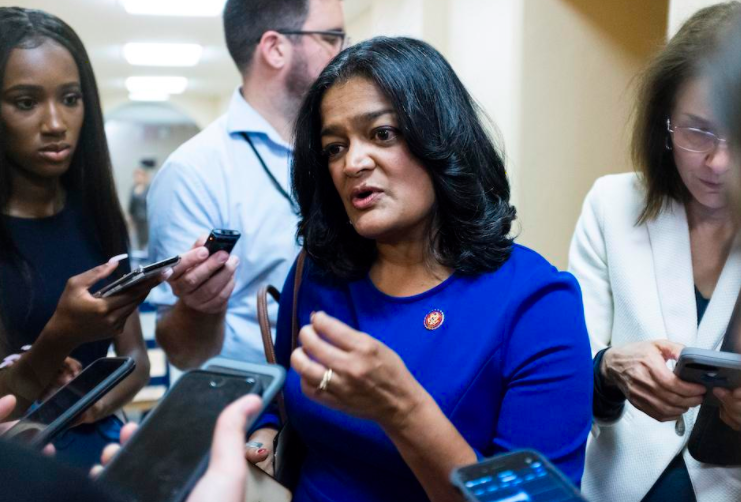 On a national live stream with U.S. Sen. Bernie Sanders and a number of health experts, Seattle congresswoman Pramila Jayapal of Washington’s 7th congressional district offered praise for the state’s response to the COVID-19 outbreak while calling for more federal support.

Jayapal credited Washington state’s investments in its public health system with making it possible for officials to be processing the most tests per capita in the country through the University of Washington’s virology lab.

By the end of this week, according to Jayapal, the lab will be processing about 5000 tests per day along with the state health labs; a number which seemed to take Sanders aback.

While Jayapal acknowledged the number is high compared to other areas of the country, she warned that it was still inadequate for the level of demand.

As of yesterday, Washington had 2469 confirmed cases and 123 deaths, comprising over a quarter of all COVID-19 fatalities nationwide.

Explaining how officials were able to respond to the crisis nimbly, such as applying local and statewide moratoriums on evictions, Jayapal pointed to progressive policies enacted in Seattle and, in some cases, statewide.

Nevertheless, she maintained that ongoing challenges have been brought about by an uncoordinated federal response to getting personal protection equipment (PPE) and ventilators to the state.

Just today I was able to get another 4000 masks from the Port of Seattle, which had some extra masks. We are literally going around begging for masks because, and this is important, the federal government needs to utilize the Defense Production Act to demand and support domestic manufacture and purchase of massive amounts of what we need. We’re still letting the private sector drive the market place, we’re not expanding supply sufficiently and our states are bidding against each other on critical items.”

The state is, however, receiving federal assistance from the Department of Defense (DOD) to build temporary medical facilities where people who don’t require hospital equipment will be moved.

In addition to short term, immediate support, Jayapal underscored her belief that systemic reform is needed to address the holes that left the health care system “vulnerable and unprepared” in the first place.

There is a real tension you are seeing in the Senate bill in using existing systems to quickly deliver as much as possible in terms of direct cash support and benefits, expanding unemployment insurance, all of those things which are incredibly important; but those systems still leave out a whole host of people, even if we expand them to the maximum. So, [we need] to have the recognition that our systems are far too patchwork and there’s a set of missing federal policies.”

Jayapal also serves as the national health policy chair for Sanders’s presidential campaign and is the lead sponsor on a House Medicare for All bill.