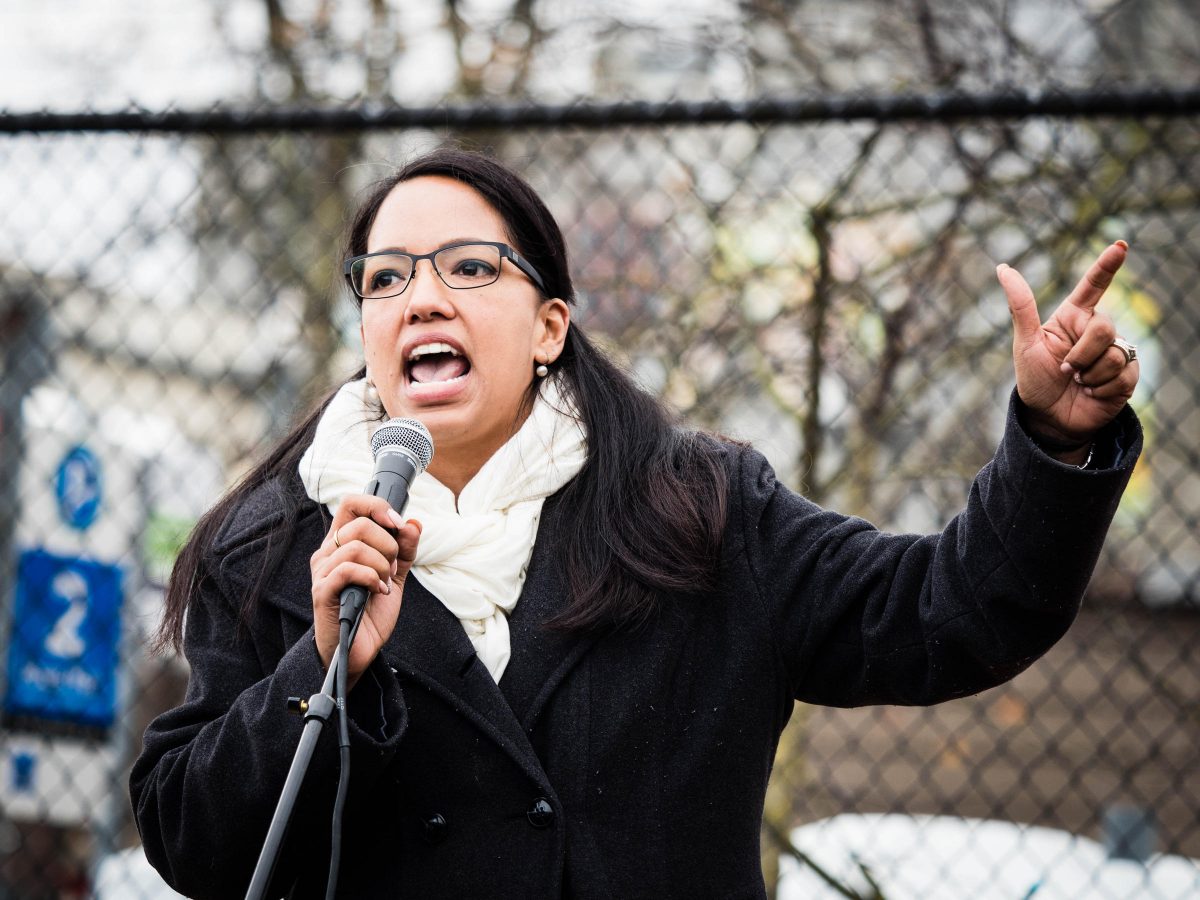 Representative Kristine Reeves announced this morning that she is running for Congress in Washington’s 10th Congressional District.

Reeves, a Democrat from Federal Way, joins an expanding field of candidates to replace the district’s longtime incumbent, Denny Heck, who announced his retirement last month.

Other candidates in the race thus far include former Tacoma Mayor Marilyn Strickland and socialist truck driver Joshua Collins. On the Republican side, risk and security consultant Nancy Slotnick and software engineer Ryan Tate have both announced their candidacies.

After resigning from the Washington House three weeks ago, speculation immediately followed that Reeves intended to enter the 10th district congressional race.

Reeves was first elected to the Washington House, defeating Republican incumbent Teri Hickel, in 2016 to represent the state’s 30th legislative district. While in the house, her committee assignments included Capital Budget and Community Development, and Housing and Tribal Affairs. She also served as the vice chair of the Business and Financial Services Committee.

In an email announcing her campaign and a video posted to Twitter, Reeves invoked her progressive bona fides, as well as her background as a working mother.

I’m a full-time working mom who has used my life experiences to take on ‘politics as usual,’ and that is exactly what I plan to do in Congress. I have dedicated my entire life to fighting for those who need a voice and have championed progressive priorities that improve the lives of working Washingtonians — and together we’ve accomplished a lot. I have fought to ensure our teachers are paid enough so that they can live and work in the same community. I have stood with labor as we’ve launched critical programs to match students with apprenticeships and on-the-job training. And I championed the most progressive paid family leave policies in the country.”

In her announcement, Reeves also delved into her family history as the daughter of a single mother who struggled with substance abuse and relied heavily on social services. She revealed that she spent time in foster care and was homeless for a period during her childhood.

It is through these experiences, according to Reeves, that she “gained a deep understanding of the struggle facing too many families today.”

The primary in Washington will take place on August 4th, 2020 and the general election is set for November 3rd.