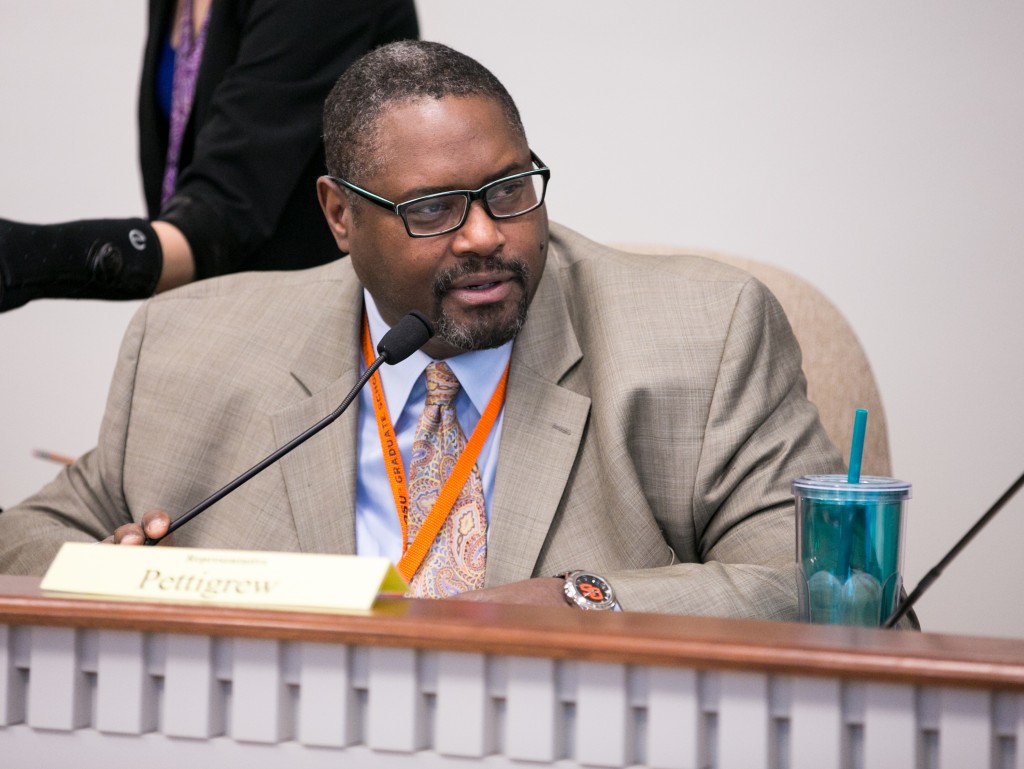 Rep. Eric Pettigrew to retire from Legislature in January 2021

In a move that took many by surprise, state Rep. Eric Pettigrew (D-37th) announced this morning (Thu., Jan. 30) that he will retire from the Washington State Legislature at the end of his current term in January 2021.

Pettigrew, who was first elected to the state House of Representatives in 2002, has chaired the majority House Democratic Caucus for the last decade. He has been a consistent progressive force in the Legislature throughout his career, chalking up victories for Washingtonians ranging from persons living with spinal cord injuries or Parkinson’s disease, to grandmothers raising grandchildren and former convicts hoping to reintegrate into society.

The word ‘progressive’ has a special meaning to me,” Pettigrew said, “and if a bill wasn’t about helping a person, a community or a worthy institution progress in our society, I’ve been reluctant to put my influence behind it. I’ve worked hard all of my life but I’ve also received a tremendous amount of help from so many amazing people. I’ve tried to use my position as a lawmaker to serve those most in need and to better the lives of my constituents and all Washingtonians.”

Many of these initiatives have been key in his 37th legislative district, which stretches from Seattle’s Capitol Hill in the north and Elliot Bay in the west down to Renton, where he lives with his wife, Nicole. That district includes many of the iconic features that people envision when they think of Seattle: the International District, Pioneer Square, CenturyLink Field and T-Mobile Park, Kubota Garden, Boeing’s Renton aircraft factory, and several miles of Lake Washington shoreline.

Growing up in South Central Los Angeles, being raised by a single mom, I never dreamed I’d be honored with this position of responsibility and trust by my friends and neighbors,” Pettigrew said. “Now that I’ve made the difficult decision to retire from the House to focus on my family and my new career with NHL Seattle, I’m very aware of what a privilege this has been. It has been an honor to serve our great state of Washington.”

This press release was provided by the Washington House Democratic Caucus.