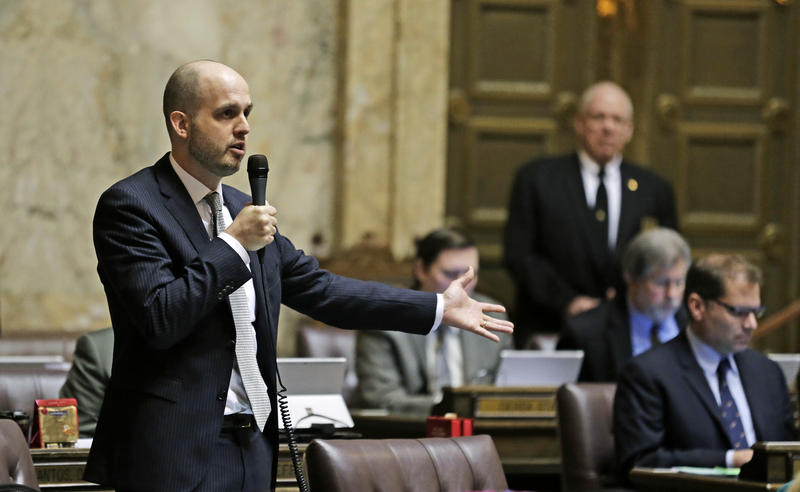 In recent comments made to the Wire, Representative Drew Hansen, Democrat of Bainbridge Island, responded to a bill announced last week that would repeal an education investment surcharge put into effect by the passage of H.B. 2158 last session.

Revenue from H.B 2158 funds the creation of a workforce education investment account to train Washington students for jobs which require a postsecondary credential — such as a degree, apprenticeship, or certificate.

The repeal bill, proposed by Senator Steve O’Ban, Republican of Tacoma, would terminate a surcharge added to the Service and Other Activities B&O tax rate through H.B 2158. The surcharge is levied on professions that depend on postsecondary credentials in high-demand fields, such as computer science, engineering, nursing and more.

O’Ban said the repeal is a necessary measure to protect rural providers from going out of business due to a high tax burden and low Medicaid reimbursement rates:

The physicians I spoke with made it very clear that this tax could also put many private-practice providers out of business. The doctors would have to pay the tax directly, but because it also applies to services they use in the course of business, they’ll be paying it as consumers of those services as well… Medicaid reimbursements are too low even now, so doctors already lose money when treating patients on Medicaid. With this tax increase looming, some doctors are already deciding not to treat those patients at all,” says O’Ban.

Hansen contradicted O’Ban’s framing of the repeal as an effort to protect rural providers.

The text of H.B. 2158, stipulates that the account will “expand existing investments to help people earn the 29 credentials essential to obtain family-wage jobs and fill the seven 30 hundred forty thousand jobs of the future.”

Nonprofit Washington Roundtable, estimates there will be 740,000 job openings in Washington State by 2021 and that most of these openings will be filled by workers with a postsecondary credential.

According to Hansen, the repeal would mean the elimination of revenue used to provide free and reduced tuition to students pursuing jobs as doctors, nurses, and medical technicians.

Hansen also says the repeal would adversely impact the very communities O’Ban claims it would benefit.

We need more nurses across the state, particularly in rural and underserved areas. This bill significantly increased nursing faculty salaries, so that we could train more nurses to work in clinical settings that serve rural areas. This bill also expanded the capacity of Washington State University Medical School, which has focused it’s entire mission on health care action in rural and underserved areas.”

The surcharge imposed in H.B. 2158 bumps the Service and Other Activities B&O tax rate, for professions that depend on higher education, back up to 1.8 percent from the current 1.5 percent rate. The B&O rate for service and other activities was 1.8 percent as recently as 2013.

All we are doing is bringing just the high-education professions back to the tax level they were at a few years ago, and using that money to make college more affordable to create the next generation of doctor’s nurses and medical providers,” Hansen continued.

When asked if he believed the repeal effort would be successful, Hansen pointed to similar legislative attempts that failed.

The legislature already rejected numerous amendments that proposed to do exactly what Senator O’Ban proposed with this bill, because that would take money from reducing college costs for families across Washington state and from training doctors nurses in rural and underserved areas.”