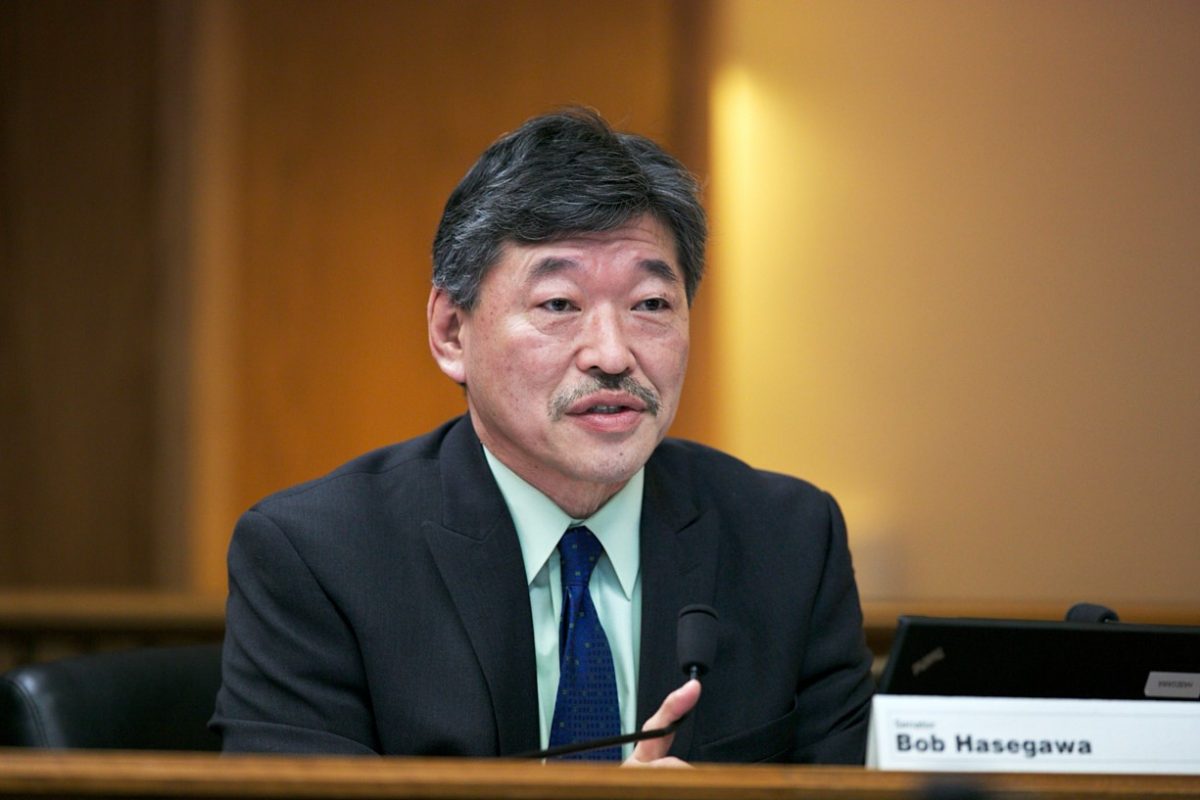 A proviso that was included in the state operating budget and was proposed by Sen. Bob Hasegawa, D-Seattle, funds an interim task force to look at creating a publicly-owned state bank, and make recommendations for the 2018 Legislature to take action on.

“With the state bank, we would keep our tax dollars in Washington and working for the people of Washington, not Wall Street,” Hasegawa said. “A state bank could provide huge financing capacity to fund critical infrastructure like clean water systems, schools and roads, without having to sell bonds through Wall Street brokers. We simply don’t have enough money to keep going into debt to Wall Street to fund the infrastructure that every Washingtonian relies on.”

The Legislature passed a $43.7 billion operating budget late Friday night, appropriating $75,000 for the state bank task force. Hasegawa has been the Legislature’s champion on the issue of a state bank for years, introducing numerous pieces of legislation, most recently Senate Bill 5464.

The task force will examine the financial needs of local governments necessary for constructing public infrastructure, as well as the feasibility of creating a publicly-owned bank, among other objectives. They will provide draft legislation based on their findings to the Legislature by Dec. 1, 2017 for consideration in the 2018 legislative session.

The task force will consist of members of the Legislature from both chambers and parties, members of the public with relevant experience and representatives from certain financial institutions, state agencies and other branches of government.

“A state bank would generate much needed new revenue for the people of our state without raising taxes,” Hasegawa added. “No matter where you stand on the political spectrum, a state bank would be a win for Washingtonians. It allows us to invest our tax revenues in Washington state, not Wall Street.”

To read the proviso click here and go to Section 123.