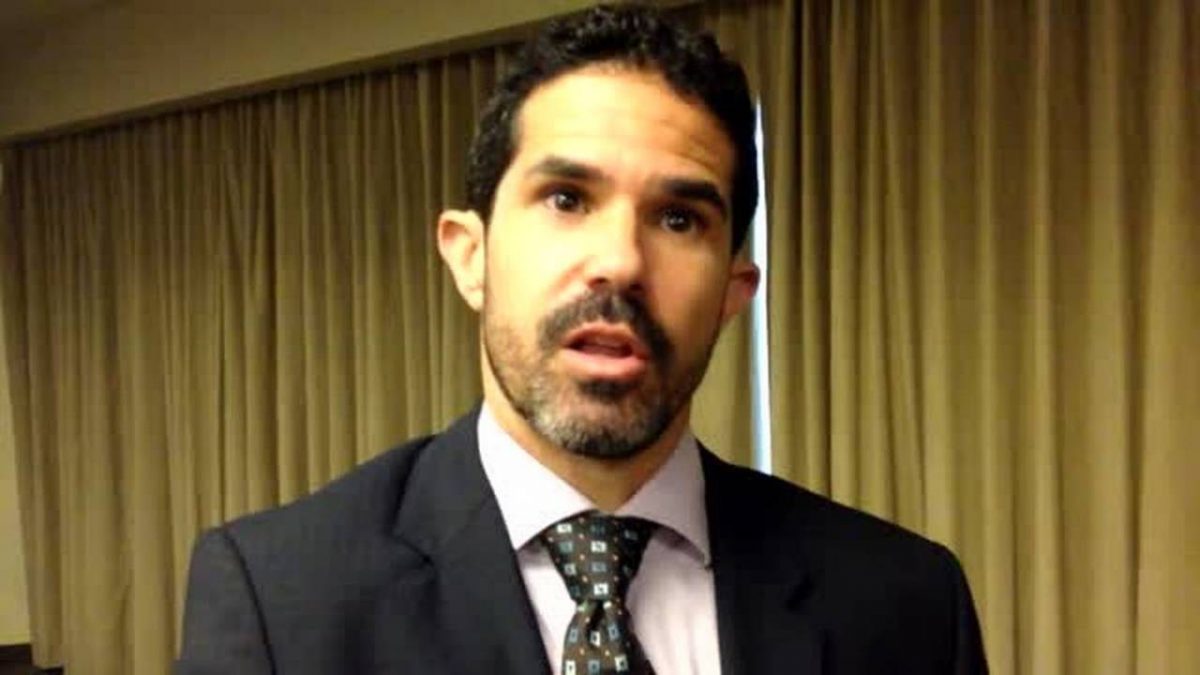 Q&A: Tacoma City Council Member Ryan Mello on battling with the NRA over his firearms tax

Gun violence is a hot button issue in cities around the country and Tacoma is no exception. Grappling with an uptick in gun violence this year, Tacoma city officials began looking for new policy solutions. Enter Ryan Mello. The council member has proposed a tax that would add $25 per retail firearm and $0.05 per cartridge of ammunition. I spoke with Mello yesterday by phone to discuss the policy roots of his proposal as well as the fierce opposition it’s faced from the NRA.

Michael Goldberg: Can you go into greater detail about what type of programming your proposed firearms and ammunition tax (ORD28624) will help fund?

Ryan Mello: Anything from free trigger locks for individuals so they have the tools to keep their gun safe when at home, more funding for the YWCA, legal services for protection orders for women fleeing domestic violence, community liaison positions to build relationships with community members — which is proven to reduce violence in communities — or Boys & Girls Club programing, especially for at-risk youth to provide alternatives in neighborhoods to joining gangs.

MG: I’d like to hear your response to a popular criticism leveled by those who might oppose this tax and similar gun control measures around the country. The criticism is that it does not address certain social factors, like family turmoil, that may exacerbate gun violence. Can you identify the role this proposal would play alongside other policies as it relates to reducing gun violence?

RM: I don’t put all gun owners in the same bucket, the NRA and some of their chief allies for decades now have been absolutely opposed to anything, the most reasonable things, which is incredibly frustrating to policymakers and those of us who want to see some advancement of common sense gun reform. So yeah there are critics out there, and I think there are some reasonable ones and I think there are some critics that go hell no to anything because “anything is a slippery slope to infringing on my second amendment rights”, which is incredibly frustrating to a policymaker that is trying to take seriously this community challenge that our cities are facing.

About parenting and home life, I think that’s part of what contributes[to gun violence]. I don’t think that’s nearly the preponderance of what contributes to gun violence in our community. I think it’s important that we remember that gun violence is a uniquely American problem, and I think we often forget about that when we’re having these conversations about American public policy and local government public policy related to gun violence. No other modern democracy has this problem, yet other modern democracies have similar rates of single parent homes or parents who are both working long hours, or folks with mental health issues. The thing that is different is the prevalence of guns in our cities in America. So I don’t think you can identify cause and effect there when you look at the data…if you’re a single parent trying to make ends meet working long hours, it’s all the more important to have community based programs so that your children have something productive to do that’s low cost.

MG: What do you want Tacoma residents, particularly those who own guns to understand about this tax?

RM: What I would hope to convey is that I have full appreciation that the vast majority of gun owners are responsible. This is not meant to be punitive to responsible gun owners. This is a way that is legal, deemed by the state supreme court, for cities to generate revenue for a super serious and clear problem. And there’s a direct nexus to it. For example, we tax and add fees to hunters and fishermen so that we can create more boating access land and conserve ground for hunters. Americans tend to like direct nexus of taxation, it seems to me. Car tabs for street repairs, so on and so forth. To me, this is a direct nexus of a product that very demonstrably has negative economic and social consequences for our community, and the consequences need to be mitigated with public resources.

MG: Should this tax be successful, can you talk about the idea of Tacoma being seen as a harbinger for similar cities across the country with a similar socioeconomic standing?

RM: I suspect at the heart of your question, you’re alluding to the reason behind the NRA and their chief allies’ ferocious and vehement opposition to this proposal in Tacoma. It has been vehement and ferocious. We are getting emails from folks all over the state and perhaps the country. This is not an easy issue to talk about, but I think a very necessary topic to be discussed at the local level even though we are preempted in large part by federal and state law. We are very much preempted from doing much of anything to really get at gun violence, except for taxation to fund proven prevention programs. I think when you show Tacoma can do something progressive like this, this is why the NRA is really amped up. Because they know that if you can do it in Tacoma, then you can do it in Bellingham and Olympia and Vancouver and Everett. They do see it as a harbinger, they do see it as a slippery slope and to that I would very respectfully say, I hope it’s true.

MG: I think a lot of people wonder what it looks like when the NRA zeroes on a community. I know you said you received a lot of incandescent messages but can you explain the general feeling in the air knowing that the NRA has it sights set on the activity of your council, and the city of Tacoma as a whole.

RM: As a consumer of the communication generated and inspired by the NRA, I think it’s meant to intimidate chiefly. A lot of folks aren’t putting their physical addresses down which, in my experience, usually indicates they’re not a constituent. So it’s really a statewide action they’ve inspired. They belittle a lot, I think they make claims that are largely baseless like “what happened in Seattle was a failure”, and, by what standard was it a failure? In Seattle, they’re using the resources to fund public health research at Harborview Medical Center to study gun violence from a public health perspective because the federal government has defunded studies looking at gun violence from a public health perspective, so I don’t know why that’s a failure.

RM: I would like to underline that [the tax] is estimated to generate about $40,000 in revenue, which, yeah, it’s not that much revenue, but the federal government and the state government have really tied our hands on this issue and taken away so many of the right policy levers for us with preemption. I think we must do something, anything, to prevent gun violence and if this funds one program, one outreach worker, if it saves one life, it’s worth it. All the political pain is worth it. This is not a politically popular thing to take on. But i think it’s serious and important, and I don’t think we’ll be able to live with ourselves if we can’t say that we have done absolutely everything we can in local government. Part of the purpose here is to show that Tacoma can do it, which I really hope gives courage to other communities to stand up to the NRA. Collectively, those resources will make a much bigger impact and hopefully scale up to state government. This is the theory of incrementalism, this is how public policy is often advanced in this super polarized world.