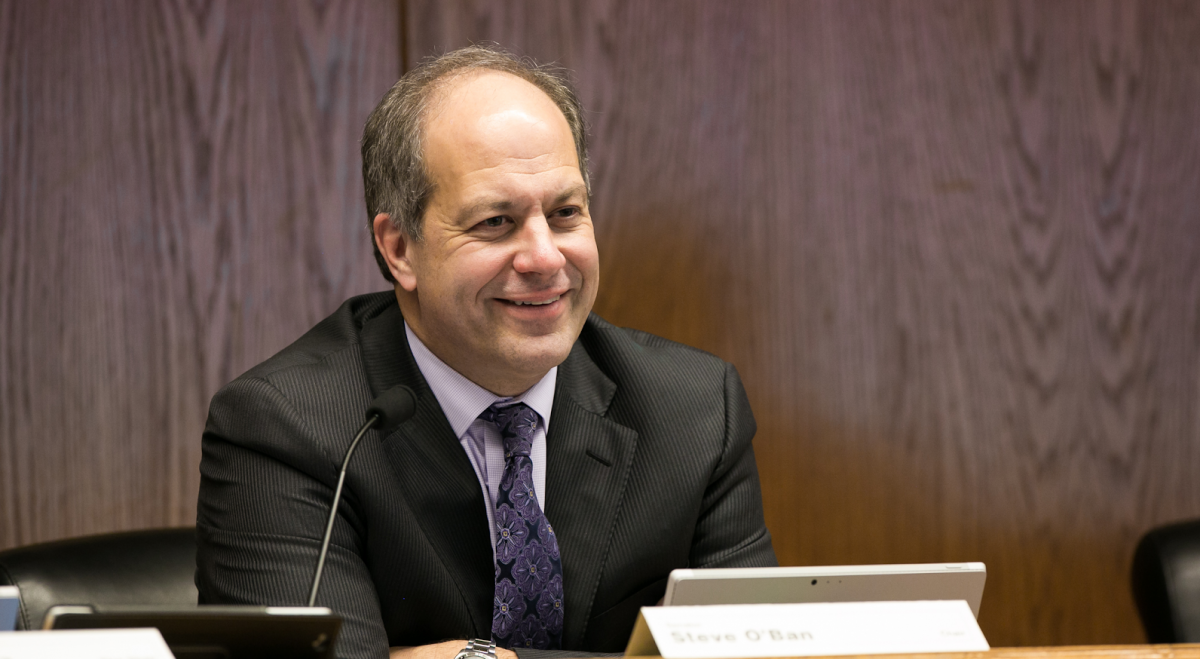 Sen. Steve O’Ban represents Washington’s 28th Legislative District and has been serving in the Legislature since 2013. His district in Pierce County is home to Western State Hospital — an 800-bed inpatient psychiatric hospital in Lakewood that lost federal funding and certification last year.

Steve O’Ban: So, there are two major fronts.

There’s the Trueblood, or forensic, side. A major bill is trying to implement that settlement and go beyond. We need to figure out how we can divert people away from the criminal justice system who don’t belong there, who really have an underlying mental illness. And we want to treat that rather than treat them as criminally accused. So that’s a big investment.

The other big piece is how we build out this capacity for our civil system, particularly in light of the fact that we’re going to close these beds at Western and Eastern State Hospitals. As the governor announced before the session began, which I agreed with, we need to start moving most of those civil beds out of the two hospitals and make long-term care more community-based. We are trying to figure out what that will look like.

In broad strokes, those are the two big issues that we’re struggling with this session, that will require new policy and certainly a lot more investments.

SG: It looks like there’s been a lot of cooperation, a lot of bipartisanship around behavioral health. Can you describe the scope of diversity of opinion around these major issues? What needs to happen for the Legislature to make progress on them?

SO: I think there’s a lot more bipartisanship and common agreement than I even thought there would be, and I was very optimistic at the beginning of the session.

One of the common themes that is developing on the issue of building out our civil behavioral health capacity is that we need, I think, to invest more in community interventions on the upstream side.

We’ve had our struggle with the workforce, the whole issue of attracting and keeping good people in the mental health care field — and, partly, that’s because we don’t pay them enough. And that means we’ve got to increase our rate, so that we don’t have providers who tell me that they struggle just to keep good people who will, maybe, be drawn away completely from the mental health care field because they can take their certificate or expertise into the medical field.

I think there’s general agreement — and I certainly agree — with the governor’s approach of moving most of those civil beds out of the two state hospitals, to a more community-based system. So that you have patients where their families are, where their caregivers are, if they have that long-term need — rather than shipping them off to faraway places, like the two major hospitals.

But, to get there, we’ve got to build a great deal of additional capacity. Part of that, I think, is investing in community interventions so that we’re getting people the health care they need sooner. If we do that, I don’t think we’re going to need as many beds at Western and Eastern State Hospital.

We’re also talking about the best way to provide that long-term care at the community level. Whether you go with large institutions, like the governor suggested, or you look to the community hospitals in the private sector to provide those beds.

Some of us are looking at how to build that model out, to determine how many of those beds you need in a given region. And that’s going to be a work in-progress. I think we know what we want to start with in the first two years, and then we can come back and see how many more we need. But that’s a much more flexible system than, I think, building two brand-new, very expensive facilities like the governor suggested.

SG: You mentioned there’s been a lot of bipartisan work around these issues.

SO: Right. I think we need to really face this issue much like we did education over the last several years. We understood — independently from the court, but certainly reinforced by the McCleary decision — that we needed to invest in a new way in education. Once we had fully funded that, then we would look at some of the other needs and demands upon the public fisc. I think we have to think of mental health and substance use disorder in the same fashion.

It’s extremely important, we’ve underfunded it, and I’d like us to say: “This is what we need, let’s fund it, and then we’ll look at these other needs after that.” That’s been my focus and my mantra, and I hope that that will be picked up by others in the Legislature.

It bleeds into so many other areas: public safety, a sense of enjoyment of our own neighborhoods. Sixty percent of chronically homeless people have a mental illness, an addiction, or both. If we make these investments and we do this right, I think we’re going to see tremendous benefits and savings in public safety and other important areas of our society.

SG: I know you’ve been active in supporting Pierce County and their work on integration, and that Western State Hospital is in your district. How do those two experiences, or perspectives, inform your work at the state level?

SO: I’m meeting with staff at Western State to try to help address some of the safety issues that have been an ongoing problem there. Even if we end these beds at Western State Hospital, we’re still going to need good, trained, safe staff. So I’m still working on that.

And then, when I’m not here, I work for the County on a number of behavioral health initiatives. One of those is integration.

We’ve decided, as a state, to integrate physical health with behavioral health. One of my first jobs with Pierce County was to decide whether that was a smart thing for the county to do, as an early adopter. And we did. So, right now we’re in the throes of integration.

It started January 1, and it’s going well. My biggest concern is to make sure that our substance use providers are able to navigate this new system. They’ve never had to bill an insurance company before. And so, they need some training and they need to understand better how to work with insurance companies. That’s something we’re focusing on in my other job.

SG: Is there anything else you want to add or talk about?

SO: The workforce. We can build all these important, new facilities that we know we need. But, we have to have people who are trained and can staff them.

We know we don’t have nearly enough workforce for the existing capacity that we have. So, we’ve got to be making some smart investments in how we attract young people to go into that field. I’ve got several bills that are trying to make some investments in that area.

People have some great ideas — I think the teaching hospital, for example, is a great idea.

One of my bills would set up a reciprocity program: If somebody wants to move into this state — lots of people want to live here — and they’re a mental health care professional, they can come in and we will let them start working provisionally, and then make sure that they’ve met the standards that our state has established. We want to attract and encourage those people to come here.

A lot of spouses of military members come with these kinds of credentials. And they tell me they’d love to help and serve, but they don’t meet the requirements in the state because they didn’t get their certifications here. Those are the very people who we want to make sure they have a job here. My bill would help make that possible for them.

This interview was edited for length and clarity. It was also cross-posted at our sister site, State of Reform.

T’wina Nobles: “We’re going to have to fight hard for reconciliation, for unity, for respect.”

The logistics of the 2021 session 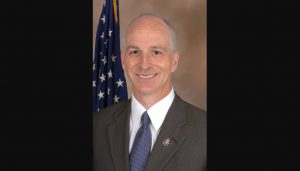 The logistics of the 2021 session