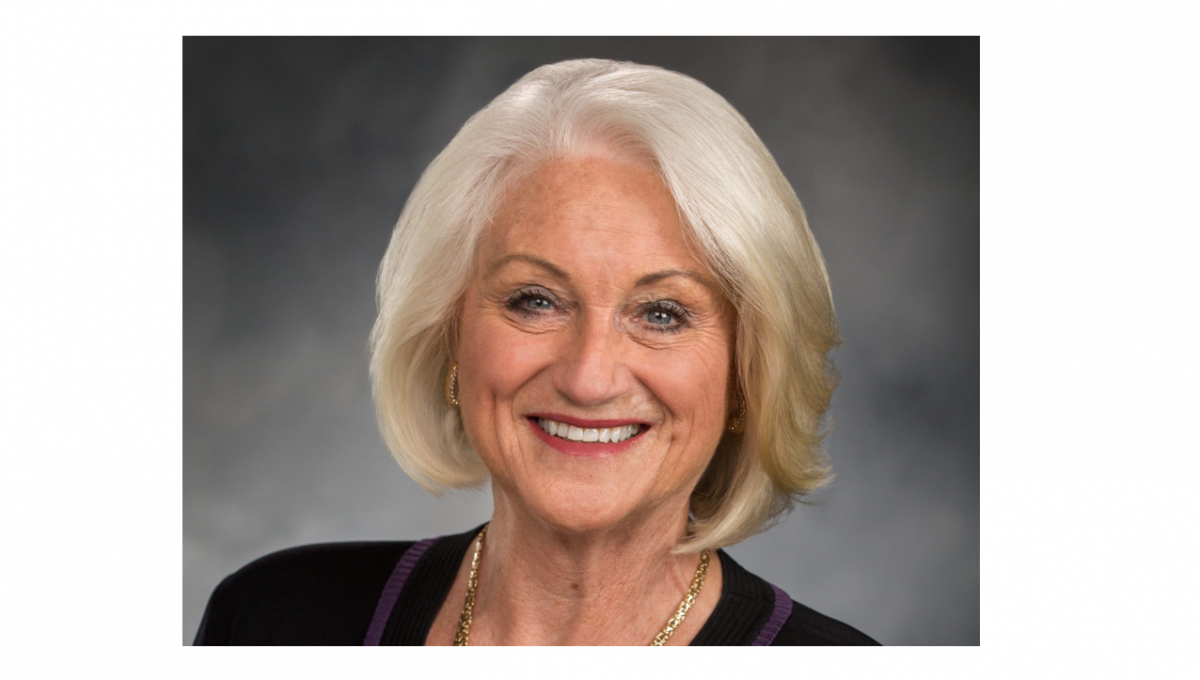 This session, Becker sponsored four bills related to telemedicine. Two have passed the full Legislature unanimously (SB 5386 and SB 5387), and two passed through the Senate before stalling in the House Appropriations Committee (SB 5385 and SB 5389). With three scheduled days left in the regular 2019 legislative session, Wire reporter Sara Gentzler talked to Becker about those bills and what comes next.

Sara Gentzler: Broadly, I’d like to start with what your vision is for the future of telehealth in Washington, and why that’s important to you.

Randi Becker: Oh, I love that question, because it’s probably one of the things [on which] I think I’m different than a lot of people down here. And I don’t know if it’s because of my background in the medical field and trying to think of ways to do things better, without it being so costly and cumbersome…

My vision is: In the future, we’ll probably never have to go see a doctor. That doctor will be available to us, probably, 24/7. And I’m not talking about tomorrow, I’m talking about into the future — in a way that we cannot imagine today. I think, whether we live in rural areas or we’re in downtown Tacoma or Seattle, it won’t make any difference. And we’re going to be able to have the best of the best in every avenue in our life.

And so, for that, I’m excited. That’s why, when I write bills, I never write bills that are so prescriptive. We, as legislators, tend to get in the way of the innovation that’s here. We need to let the providers of care, those developers, have at it.

SG: It seems like your two telehealth bills that are in Appropriations would be easier for people to understand, just by looking at them. But the two that passed are a little more technical. What do you think the impact of those two will be?

In hospitals or larger groups, they have teams to do that. It can mean the difference of getting a doctor credentialed in a timely way, or delaying it.

The beauty of this bill is that if you’re credentialed at Virginia Mason and you’re going to see a patient at MultiCare, you can do this cross-credentialing that will streamline it and make it easier for everybody. It’s probably one of the simplest things you can do, but one of the things that people hesitated on, because they wanted to make sure the doctors and providers were up-to-snuff — that they had all the qualifications, they met all the criteria. But, this does it. This just depends upon one facility’s primary to another facility’s primary verification.

SG: And what about the other bill that passed?

RB: The training bill was a little more difficult. The Collaborative, initially, could not understand why I wanted to have training.

I’m on the board for the residency programs in Washington State. I asked, ‘Do you give training on telemedicine in residency programs?’ And yes, that is in the programs now. The hospital organizations, the larger organizations, have training programs that are already set up. Where we run into an issue is providers that are out in the small communities that don’t have that training available to them, or other providers that can be reimbursed by Medicaid, for example — marriage counselors, other types of mental health counselors, etc. They have no training available to them like this.

So, what this training does is, it [answers]: If you’re going to do telemedicine, what does it take? What is telemedicine about? What kind of a consent form do you need to have completed? What is your process? How do you bill for a telemedicine visit, versus an in-person visit? What are the other things that it will take you to be successful, and not set you up to be fraudulent, or have an unnecessary lawsuit, or just a failure of the entire system? It’ll also enable doctors or providers to recognize what it’ll take for them to purchase the equipment.

The University of Washington will set it up. And, as the bill is written, if a medical clinic, or a hospital, or an organization has training that meets or surpasses what the university will develop, they don’t need to take a second [training]. This is a way that people can be set up for success, versus failure, in telemedicine.

This is the first in the nation, for training. So, I am really excited. A lady from Utah actually came in, remotely, at one of the latest Collaborative meetings and was totally excited about this training program.

SG: You mentioned Utah. That reminds me of your telemedicine parity bill [that’s in Appropriations] — a similar bill just passed in Arizona. I’m wondering if there are other states you’re looking to that are leaders in this, or if you feel Washington is a leader.

RB: I feel like Washington is a leader in a lot of ways, in telemedicine. There’s a website that shows where we are in comparison to others, and we’re right up there. I think our training takes us, probably, to one of the top.

One of the biggest disappointments that I had this year was — well, I have two: The two bills that didn’t make it.

So, I’m disappointed. When I went over and talked to Rep. Ormsby about the bill, he said, ‘This is nothing but a time management [issue.]’ And I said to him, ‘I am really saddened to hear you say that, as it’s taken five years. And this means care into your community, my community, and everybody else’s community.’

It still failed, and we’ll be bringing it back next year — no ands, ifs, or buts about it. The states that have passed it now will give me another tool to deal with it next year.

SG: Do you plan on bringing the other bill back?

RB: My hugest disappointment was that that bill did not make it through. That, again, was held up in Approps, by Rep. Ormsby. And he, again, said ‘It is nothing but time management.’

I don’t think I’ve ever worked a bill so hard. I had OSPI in here. Chris Reykdal said, ‘We have a lot of bills out there that are seeking to train and identify, but nothing that is looking at treatment.’ That was the only bill out there that would’ve actually reached into the school, via telemedicine, via a psychiatrist — the highest level — that could’ve actually made an impact on that child’s life, in a really good way.

It was amazing. I’m not done with it, though. We may have some possibilities that we’re still working on this year. But, this is a bill that will come back next year. Because it made it as far as it did, I can keep it with the same language or I can take it to that next step I was going to take it to anyway.

We need to bring all of the providers up in their knowledge base. And we can do it, via telemedicine, at little or no cost. And, the beauty of the mental health bill is, there was no cost to the schools. I was really proud of that bill.

SG: That bill sort of falls in this Venn Diagram of behavioral health and telehealth, priorities I’ve heard you voice many times. It brings me to ask about the new behavioral health subcommittee this year. Is there any work being done in that committee, or on behavioral health in general, you feel especially hopeful about?

RB: There’s a few things. I’ll give a reach-out to Sen. Dhingra. I think she has a knowledge base that has really benefited that subcommittee. I’m still disappointed it’s a subcommittee, because this is such a big thing, it should just be a regular committee. But, I think Sen. Dhingra has done a very good job in there.

If we’re looking at reaching out and actually helping people, I look at the University of Washington setting up the new training school. Of course, I’m a little biased to the university because they’re one of the top universities in the nation. I look at the fiasco at Western State Hospital — I used to go in as a medical practice administrator, I loved to go in and clean up messes. But I think that’s such a mess that you cannot do it. I still get reports, and I read them. But I think the opportunity, the real opportunity, is in that new teaching hospital.

They’ll be able to come in and train to a new standard, with outcomes measured in a way that we have not seen before. And that’s, again, Dr. Unützer. I have a lot of hope in that.

The ability to get more, smaller facilities into a lot of communities is a good thing. And we’ve been working on that since I got involved, when I was on the committee for Western State Hospital. The recognition that we need to not put obstacles in place for new mental health facilities, like the certificate of need — that’s a huge barrier. And so, that was removed.

I think that there’s some hope, but it’s going to take time. I think that mental health is not just treating people with medication, but treating them in ways that get them out and into the world in a positive way.

RB: Sara, I just have to tell you: I still have some hope for that one bill, the mental health in schools. Whether it happens or not this year. I’ll be disappointed in that, but watch out, there’s a whole bunch more coming next year. I already have a plan.

I recognized, a long time ago, that you can get bits and pieces of things, but you’ll never get the whole thing the first time. I think you have to create that dream and set the goal with the dream, then work backwards on how to figure out how to get that done.

I’m very proud that my former staffer, who got to go work for Fred Hutch, said, ‘Sen. Becker doesn’t do the same old bills and the canned bills from everybody else. These are her own ideas.’

I think we can all be successful down here, if we forgot about the bills we’ve been hearing for so many years and tried to think out-of-the-box. And dream the big dream, and figure out how to have it happen.

This interview was edited for length and clarity. It was also cross-posted on our sister site, State of Reform.