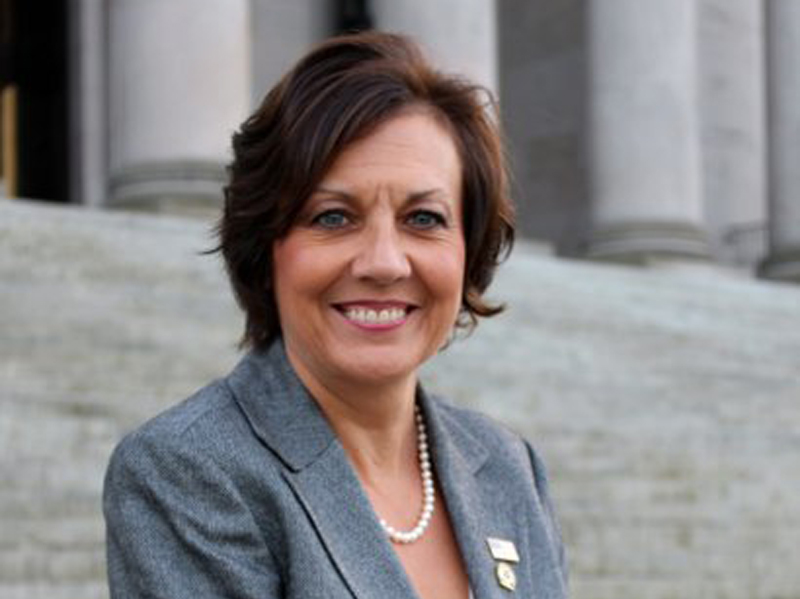 Sen. Lynda Wilson is the Republican leader of the Senate Ways and Means Committee. She introduced SB 5463, which would exempt the first $250,000 of assessed property value from property taxes. The Wire spoke with Sen. Wilson about the bill, as well as tax policy.

Aaron Kunkler: Could you talk about SB 5463, which would exempt up to $250,000 of assessed property value from taxes?

Sen. Lynda Wilson: It’s a bill that I introduced last year, and our budget was doing well, we have revenues coming in sizable amounts. So I thought at that point it would be good to give tax relief back to the people of Washington. So introduce the bill that provides the property tax exemption for the first $250,000 of assessed value. And it’s about a billion dollars a year, that would be what it would cost the state. But we can do this without harming any existing public services or educational funding.

I think, for the average homeowner is a pretty substantial tax relief for them, I mean, it would cut their burden by about half. So if you own a home that has a value of $250,000, then you would be paying no property tax, where if you had a home that’s worth about a million dollars, you get about a 25% tax reduction. It’s a progressive tax, I guess you would call it. Along with that, there was the constitutional amendment that I also introduced that, if the voters passed it, would place this tax relief in the Constitution. Then the tax exemption would be protected from the impulses of future legislators, like the rainy day fund. It also would assure that higher taxes couldn’t be assessed on commercial industrial property to offset. So it would be a straight up tax relief, not offset by anything else.

AK: It has been reported that there’s a roughly $6 billion increase in state revenue, even during the pandemic. Do you think that could impact lawmakers’ willingness to examine tax codes during the 2022 session?

LW: You know, we’ve been talking about tax relief for a while, and I think the closest thing we got to it last year was the working family tax credit, which I ran that bill as well. I dropped that pretty early. It was nice because we worked on it together. It was a bipartisan agreement and it worked out well. So I would like to be able to do something like that again for the taxpayers this year.

AK: Taxes are always a hot topic in the legislature, but do you think they’ll be a staple of the 2022 session?

LW: I think that if you take a look at how well we did to this pandemic, in the state of Washington, I think that goes to tell you that how our current tax structure is set up, that it is solid… I think that if you start changing that, then that will start affecting the way Washington State collects their taxes from the people. And an income tax is — if you look at the states across the country — the states that had more issues were the ones that had an income tax. I mean, they were the ones that didn’t fare as well through the pandemic as we did… So I think there’s a lot to be said for the way that our tax structure is set up.

AK: Supply chain issues and inflation have also been topics of concern. Do you have a sense of what the legislature could do to help address them?

LW: Well, that’s a good question. I think even the President of the United States isn’t really Coming up with any answers. Do we even understand why the supply side issues are even occurring? I mean, we know that a lot of this is when you shut down business for three or four months at the time, as we did in the beginning of the pandemic, certainly there’s going to be issues down the line, we just didn’t know what they were going to look like. And now it’s coming to a head. As we work this out, we still have about three months before we even get into session. So what’s it going to look like by the time we get there? It’s a constantly changing situation.

I would love to have more people back into the workforce. I think that that is an issue. Businesses are looking for people to work, so if we can get more people back to work, that would be helpful. You know, again, when you’re looking at inflation, it’s pretty scary to see what’s happening right now when things are going up so quickly. So no specific answer for that, because I don’t know what it’s going to look like when we get there. I just hope we have a good Christmas, right? I’m hearing that maybe in Black Friday, there will be nothing on the shelf.

If we continue to move up with this revenue, we need to look at maybe funding transportation through the operating budget. I don’t think that people can stomach yet another gas tax increase. So we can use some of the funding for that. Because I think that we will be talking about transportation. Because we weren’t able to pull off a special session. Like they thought we might with a transportation package. And so I think if we look at this, and we have the funding in the operating budget, we should look at doing it that way. That’s kind of how we did it in our Republican budget last year.