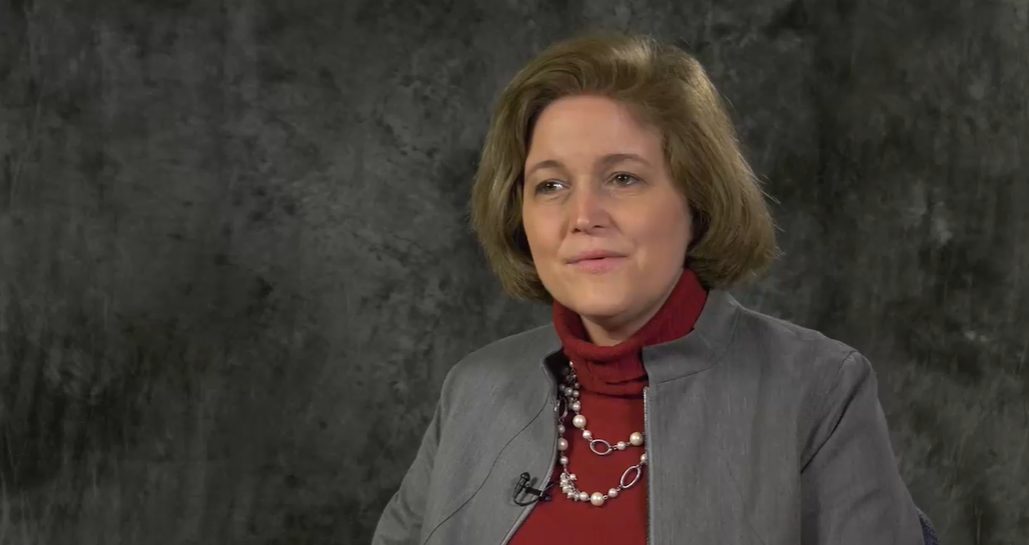 Following the release of the budget proposal, I spoke to Rolfes to get a sense of what this budget says about where Washington is in its economic recovery. Rolfes also discussed why child care is the center piece of this budget, her thoughts on earmarks, and reporting requirements for the governor to spend federal funds in excess of $5 million.

Michael Goldberg: You recently restated that this economic downturn is very different from the great recession. Following the great recession, some economists said we experienced a U-shaped recovery, meaning there was a prolonged period of stagnation before recovery. Following this economic downturn, some economists say we are experiencing a K-shaped recovery, meaning that recovery occurs unevenly, and there’s a separate trajectory for different segments of the economy. How is the approach to writing an operating budget different during a K-shaped recovery?

Senator Christine Rolfes: There are two things to consider. If you first look at the resources available in crafting the budget, the resources available look more like a V at this point – a deep plunge and then back up to almost where we were. It’s different from a U-shaped recovery in that we’re not hanging out at the low point. Theoretically, we never hit a low point. If you look at what we were budgeting for last year compared to what we were budgeting for this year, there’s just a little blip. That’s highly unusual.

Now we’re talking about the K-shaped recovery, where some people are back up to where they were, or even ahead, and other people have been kicked down to the bottom leg of the K. Part of what we did in this budget is we looked at what we need to prevent people from hitting rock bottom. The federal government helped a lot, but we are making sure people have assistance with rent so they’re not spinning into homelessness; and that we’ve got the behavioral health supports and community services to prop people up as they’re getting on their feet.

Reopening the economy will hopefully address some of these issues, but what still lingers is a child care crisis. That was the case before the pandemic, but now we have a lot of parents who aren’t able to go back to work until there’s child care available. Child care is the most important piece of this puzzle.”

MG: A recent Oxfam America report ranks Washington State as having the best safety net in the country for workers during the COVID-19 pandemic. But the area where WA struggled the most was in providing child care options for essential workers. The revenue directed toward child care from the capital gains tax, included in this budget, is booked for the second year. What can be done to shore up child care right now, as well as to build a stronger system over the long-term?

CR: Child care is a serious part of this recovery. Whether it’s because there are more women in the Legislature then there were ten years ago or because the business community has been seeing the impacts of the lack of child care, there is a really different view of how to recover this economy. A lot of that different view is focused on what parents need to take care of their children.

The Fair Start for Kids Act is the eight-year plan for funding and reimagining the child care system in our state. The improvements in the first year of the plan are funded partially with federal funds that we’re getting specifically for child care purposes, and partially with one-time rainy day funds. When the capital gains tax kicks in, that picks up the slack for the one-time funds and the federal funds.

A lot of things will be going into effect July 1st. That includes direct grants to child care centers coming from the federal government. These grants will help them pay off some of the costs for facilities that did stay open, and they will help others get started. At the state level, we are increasing rates paid to child care centers when they take state-subsidized children. The rates that the state pays will be competitive with what private families are paying. This will help expand the market for child care centers, as there will be more kids they’ll be able to take. And families that are on state-subsidized child care will also have better options.

We’re also getting rid of the cliff. When a mom is receiving subsidized child care and suddenly she gets a raise, she may only be making $35 dollars more a month, but that raise kicks her into a place where she’s suddenly paying $600 a month for child care. This bill offers a much more affordable glide path off of state subsidies. I think this bill will be transformative. This amount of investment in child care is unprecedented in our state.”

MG: Language in section 965 of the budget proposal creates reporting requirements for the governor in order to spend unanticipated federal funds exceeding $5 million. What was the impetus for including that section?

*Updated: Rolfes introduced an amendment updating the language in this section. The amendment would create an eight-member joint select committee called the “Joint Legislative Unanticipated Revenue Oversight Committee”. The committee would review and comment on unanticipated receipts requests by the Governor during the 2021-2023 fiscal biennium.

CR: The language there will not be the final language. But Senator Wilson and I have been talking during the course of this session about how to improve the process. The impetus for that is we want to have a process in place that includes more rigorous legislative involvement in spending decisions related to federal funds, that would not require the entire Legislature to come into special session every time we receive money during the interim.

The process worked last summer, but it was very imperfect. There was little transparency. There was no public process and no public input. The only legislators involved were the budget writers, and that was a huge responsibility. Under current law that’s how it works. If the federal government sends money when we’re not in session, the governor has the authority to spend it.

I think the way we ended up investing the money was strategic and smart. We ended up with quite a bit of funding in our reserves, but the process was very imperfect. There was really no role for the minority party. This process should provide more transparency.”

MG: I want to ask you about earmarks. There is one section in the budget which lays out eligibility for a child care contract. That section reads, “The nonprofit organization must be a Bellingham, Washington-based nonprofit community action agency with fifty years of experience…” Some dislike earmarks. Others say that if they go to worthy causes, they can help move the ball forward on certain issues. What are your thoughts on earmarks and their implications for policymaking?

CR: I do not like earmarks at all. In this budget, we are moving toward an experimental process. For example, I worked with Rep. Tomiko Santos to start to address the earmarks that are in OSPI’s budget for specific organizations to provide specific educational services. While the earmarks still exist, we’re now grouping them together. My hope is that eventually the Legislature can move toward competitive grantmaking for the nonprofit sector that is providing services, in maybe a more targeted or efficient way than a government agency might do it.

The earmarks in the state budget are bipartisan, they come from all parts of the state, and almost all of them are targeted toward nonprofits, school districts, or governmental agencies. There aren’t earmarked government contracts for corporations.”

MG: As a budget writer, how much do you take a look at structural deficits that have arisen over several years, versus immediate needs?

CR: Our budget is the only budget in the country that is required to balance over four years. That came about several years after the recession to be able to capture some of this. When someone does an earmark or you require an agency to do something, you are able to see what that costs over four years. That is one way we’ve been dealing with the structural.

It’s funny because then people start bringing us bills, especially tax cuts, that start eight years from now so it never looks like it in the budget. I catch those.

The other thing I have our staff look at is when an agency requests more staffing, we always look at how many positions are unfilled in that agency and whether the shortage is a result of them not hiring or attracting people, or whether it’s a real shortage.