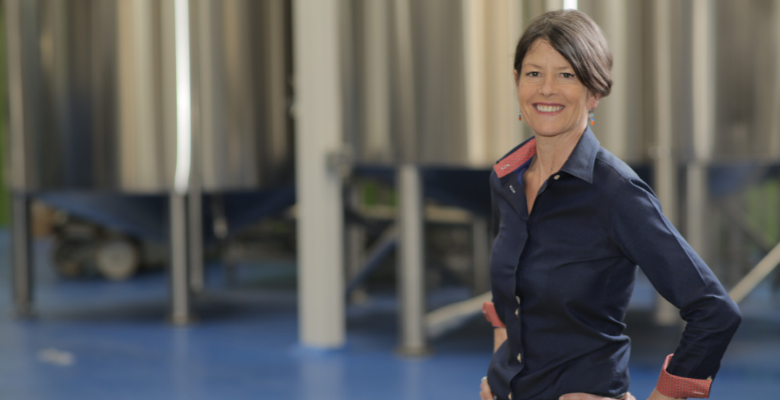 Sara Nelson, co-founder of Fremont Brewing and former policy advisor for Richard Conlin, is running for Seattle City Council. Nelson is campaigning for the at-large Position 9 seat, for which the primary occurs on August 3, 2021.

In a recent interview, Nelson offered an update on her campaign and some of the key issues she will focus on if elected.

Ian Portmann: Where does your campaign stand with a little under two months until the primaries?

Sara Nelson: My campaign is going strong. I’ve solidified my base in the environmental, small business, good government advocate communities. I’ve also received several labor endorsements including the Iron Workers and the Seattle Building and Construction Trades Council, which represents around 20,000 workers across King County. My fundraising is on target, but suffice to say I’m well on my way and I’m actually having a good time.”

IP: How has your previous public service experience prepared you for this position?

SN: I worked for Seattle City Council member Richard Conlin for close to ten years, from 2002 to 2013, with a two-year hiatus to start my family business. My portfolio of issues was generally transit and economic development, sustainability, and land use, with a few other things sprinkled in there like utilities, zero-waste, etc.

But what I learned that is most important besides how the legislative process works, is that paying attention to detail is extremely important.”

IP: How has your work in the private sector prepared you for this role?

SN: I married a homebrewer and we started Fremont Brewing in 2009. We have about 70 full time employees.

The privilege of owning a business is that you get to put your values into action, which we do by giving back to our community and leading the craft beer industry in sustainability.

I don’t really know that much about beer. I lead our sustainability efforts and our external relations, and it’s been an opportunity for me to use the business as a soapbox to advocate for things that I think are very important. One of the big things is incentivizing scalable green technologies and renewable energy sources.

What I have learned is: well intentioned policy that is not well-crafted can have a deleterious impact on small businesses or any business. The devil is in the detail, that is real life to people that are trying to start and grow a business in Seattle. There hasn’t been a small business owner on Seattle City Council since 2009 and it’s time for that perspective, especially as we’re emerging from this pandemic. And there’s a lot more that the city could be doing to help.”

IP: What will you do to help bridge any sort of divide between the mayor’s office and the city council?

Part of this is a branches of government issue, but when I talk to former electives, people that remember many mayoral administrations, what I hear is that the last time there was a productive, positive relationship between the mayor and the council was in Norm Rice’s administration. I’ve spoken with Norm and what I hear from him is it’s about relationship building. It’s all about getting to know each other as human beings, respecting that we are all in this realm of public service because we want to make a positive impact. Smart people trying to do right by their communities however they define it.”

IP: What will be your main focus if elected?

SN: My top priority is economic recovery. Because of the business closures, for me it’s about jobs. That’s why I have labor support, because we all want a strong economy, and good, well paying, highly skilled jobs, to be maintained in Seattle, and more to come.

IP: How do you plan to address policing, a year after major protest calling for police reform?

SN: Stop calling for a percentage-based defund number before you even have a plan for addressing systemic racism in policing, for keeping our communities safe, for ensuring our officers treat the people they serve with respect and dignity, and that they are disciplined appropriately when they abuse their power. I think we need to address police reform by starting with those questions first and then finding out how we’re going to do that and what shifts in money need to happen.

I think that there is broad agreement that police are currently performing functions that they are not equipped to deal with, like social service functions that are better dealt with by social service professionals. I am concerned with staffing in the police department right now and the fact that the average response time for the priority 911 call is 14 minutes.

There are two areas where reform can happen. One is in the closed-door renegotiation of SPD’s contract with the city. And the other is through reforms that the council can take the lead on.

Let’s not forget there have been leaders in the black community that have been working on this for years. The Community Police Commission, Mothers for Police Accountability, I will be taking my lead from these leaders who have been on this issue for much longer than I have, and current council members have, and I think we should listen to them.”

IP: How do you plan to address housing after the effects of the COVID-19 pandemic.

SN: We’ve got to build a lot more housing across income levels. At the very low to no income level, to 60%, to workforce housing. We can do that through land use changes and building code changes that would allow that housing to come online faster, and also market rate. If we want more of something, we make it easier to produce. I support the third door coalition, which is calling for some of these land use and regulatory changes.

I support all the temporary housing forms, be it hotel rooms for homeless, tiny homes, and rental vouchers. All the renters that are still without jobs, I’m concerned about as well.”

IP: Do you have any final thoughts that have not been covered that you would like to share with our readers?

SN: One thing that is often not touched on is, I am a lifelong environmentalist. I want to put climate protections back on the top of the council’s agenda. We have Seattle’s Climate Action Plan; I hope to chair the land use and sustainability committee and really make sure that we’re implementing some of those policy proposals.

We’re never going to meet our climate goals by just focusing on public buildings and public electric fleets. We have got to get the private sector, businesses of all sizes to step up. That’s where my leadership can come in handy, Fremont brewing has invested heavily and also promoted green technologies. I was a member of the advisory board for the reboot and expansion of the EnviroStars program, which helps small businesses plan investments in sustainability.

We are going through tough times, and I’ve lived here for 30 years, I have a family, a husband and two kids – 17 and 15. Last year was the toughest I can remember. Crisis does breed opportunity and we have a chance for a major political reset in this town and it starts by electing candidates who will be accountable for delivering measurable results.”