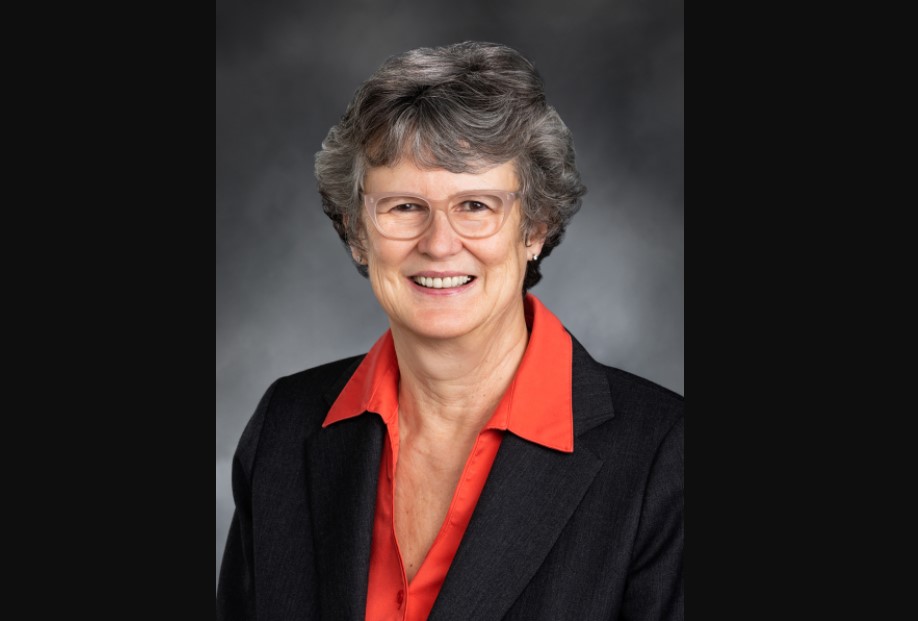 Representative Eileen Cody was raised on her family’s farm in Iowa. After earning her associate’s and a Bachelor of Science degree in nursing, Cody began a 40 year career in nursing at Kaiser Permanente in Seattle. In addition to her work at Kaiser Permanente, Cody is a founding member of the District 1199 NW/SEIU Hospital and Health Care Employees Union. First appointed and subsequently elected to the House of Representatives in 1994, Cody has dedicated her legislative career to achieving affordable, quality health care for all residents of Washington State.

Cody currently serves as chair of the House Health Care & Wellness Committee, where she has worked for improved patient safety, mental health parity, public health services and to restore the universal purchase of vaccines. More recently, she has led efforts to implement the federal Affordable Care Act at the state level. Largely because of her work, Washington’s online health care marketplace, Washington Healthplanfinder, is a model for the rest of the country – helping thousands of Washingtonians access affordable coverage.

In this Q&A, she covered the 2021 session and the plans she has for health policy going forward.

Sydney Kurle: What would you call the theme of this last session, both overall, but also for health policy? And what were the main issues you were focused on this session?

Rep. Eileen Cody: We were looking at equity. That was a big issue. And COVID response, I’d say, were the two things that were on the healthcare side that we were paying attention to. And definitely, I think we did well, but not just in healthcare, but on all sorts of legislation. And especially in those two areas.

The Cascade Care bill that Senator Frockt had was probably the biggest bill and we worked together on that. Then we wanted to insure public health was funded. So we decided that the Senate was going to take the funding side, specifically Senator Robinson, because she has worked in public health for years. And the House would take the policy side, specifically Representative Ricelli’s public health boards bill. This year the Legislature as a whole decided that we didn’t want to do companion bills. So we tried to divide things up and not have companions this session, which also made life a little more interesting to make sure that we got everything covered. But I would say that those were the two big policy bills.

We didn’t do many bills on scope of practice, I told colleagues to limit bills on that unless it was urgent. The only one was the respiratory therapists with the ECMO [a respiratory support device] that we needed to get because it was COVID related, so we had to make sure that we had that clarified. On the compacts, I said, ‘No, we’re not even messing with that this year,’ because none of it was necessary. So even though we tried to even with trying to not do as many bills, I think the House voted 31 out of the House committee, and all of them got off the floor. And of that, I think 25, maybe 26, passed the whole Legislature. So we had a pretty good rate.”

SK: The Washington State Hospital Association has requested the governor partially veto SB 5377. Specifically section 5 of the bill. Do you have any comments on this?

EC: Well, I certainly hope that the governor will not veto that. And I will be letting him know. That’s what I would prefer. And I think that their concerns are unnecessary. I mean, they were opposed to that section all along. They finally had gotten to neutral. Or coolly neutral, I guess I’d phrase it. When it left the House, then what they were upset about was the colloquy that was done on the Senate floor. And I’m not sure that the colloquy makes any difference, but that was what they’re upset about.”

SK: So the Senate just held a work session on the Nurse Licensure Compact (NLC) that had appeared last year. And obviously, you touched on not dealing with any compacts this year. But do you have anything to say on the possibility of Washington joining the NLC?

EC: What I’ve said about all of the compacts is that I only support them when the professional group that is going to be under the compact supports it. And the nurses don’t support the compact at this point. So that’s one of the reasons why I’m not going to push something through. And what’s interesting is when we did the first compact, it was the physical therapist, and they had worked on it for a couple years because the Legislature was very hesitant about doing any compacts, because we give up a lot of our control when you sign on to the compacts. And so I just think it’s interesting now that there’s more people that think we should be doing all of these compacts without really looking at it. And each of the compacts are so different. That’s the other thing that’s interesting; some of them let the states have individual rights and they require reporting. One of the things on the NLC is that nurses do not have to let the state board know that they’re practicing within the state if they’re on a compact license, which seems a little problematic. Yeah, there’s a lot of different concerns on the compact.

Where we have seen the biggest push for the nursing compact was Spokane in the beginning, because of the Air Force Base. They were wanting it so that the individuals could get their license quicker or not have to get another license and be able to just come in and practice in the state. And now the Hospital Association has gotten on board with wanting it because they think that they could get their travel nurses in quicker.

I had previously gotten an audit of the Nursing Commission and Medical Commission to see how they’re doing on licensure because we’ve had complaints on both of them, that they are not doing the licensure as quickly as they should or could. So I put together a bill, because I’ve been dragged into several problems with nursing. It really isn’t great to be a nurse and have to negotiate between the nursing groups and the nursing commission. I had one bill to remove the nursing commission from being an independent commission. Because I really do have some concerns with how heavily they have lobbied to get the compact against the wishes of the Nursing Association and the nurses that they’re regulating in Washington State. And so I have concerns that they slow down their licensing times, purposefully.”

SK: Looking to future sessions, in what ways does Washington need to continue to reform health care and the way it’s delivered in the state?

EC: Well, I’m hoping that we get our waiver from CMS [Centers for Medicare and Medicaid Services] so that we can have everybody go through the exchange whether they have documentation or not. Because it’s crazy to not allow people to buy insurance, if they’re here in the state. The exchange is a much better way to try and get everybody on a plan. And I think COVID showed us that diseases happen whether you have insurance or not. So that’s the one thing that I’m hoping will happen. And we’ll need more money into the account. The $50 million that we started with will just be the down payment. But if we can move people onto the exchange and really utilize the federal tax credit then that will be good. Oh, and then on our cost transparency board, which is just getting started really getting a handle on the prices and what healthcare costs, and seeing if we can’t bring up our Medicaid rates and lower the commercial rates. I want to see more of not having this huge difference between Medicaid rates and what the commercial markets pay. So that’s, that’s my other goal.”

SK: So how did health policy show up in the budget?

EC: Well, we have added a lot of money in different ways. Mental health and substance use disorder were probably the biggest adds. We’ve been beefing up mental health for the last couple of years, and continued because we want to downsize at Western, with the goal of really not having very many civil commitments at Western at all. We want to get the civil cases out of there and have it be mostly forensic cases. So that was a big area.

And then of course, because of the Blake decision, we put a lot of money into SUD [substance use disorders] as well. And those two areas probably got the biggest amounts and apply it as I already mentioned, the $50 million in the exchange or an exchange account so that we can hopefully do subsidies, and the plan is to start in January 2023. Public health also got a lot of money this year. I would say that there wasn’t a lot of glitz to the things that happened in healthcare this year, but certainly got a huge infusion of money.”

SK: How is Washington going to invest in its health care workforce to make it not only more culturally sensitive, but also expand it?

EC: Getting the international medical graduates bill passed was one of the good things that happened this session. Hopefully we can use this bill to capitalize on all our international medical graduates that we have in the state, get them into practice. We were really more focused on the behavioral health workforce this session. So some of the money in the budget went to the Behavioral Health Institute at Harborview to do the apprenticeships and to work on the workforce there. We’re hopefully going to have some pilots on how much we need to reimburse behavioral health providers to do the supervision, because they have to have a certain amount of supervised hours to get their license. The complaint for years has been that we don’t reimburse the providers enough to supervise them to come out on top that they lose money supervising. So we’re trying to figure that out.”