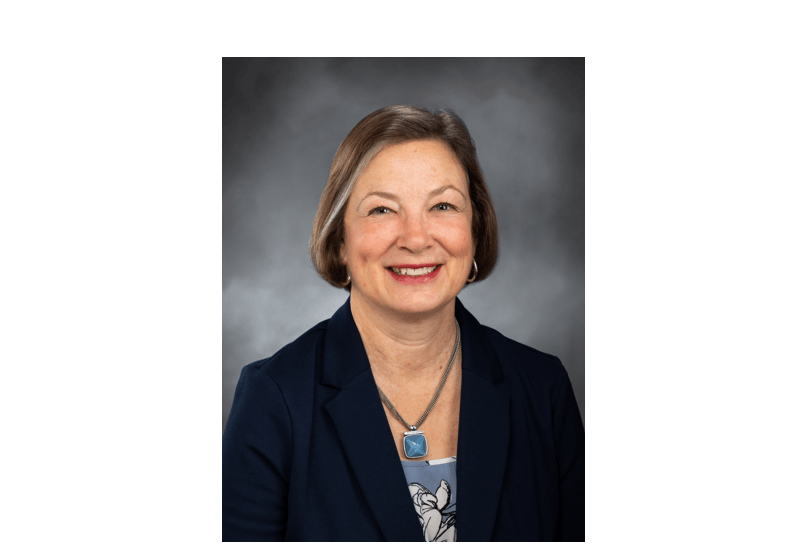 Representative June Robinson represents Washington’s 38th Legislative District in Snohomish County. She serves as both a member of the House Health Care & Wellness Committee as well as Vice Chair of the Appropriations Committee.

In this Q&A, Rep. Robinson discusses the 2019 session, the challenges of writing a state budget, and the upcoming House Speaker election.

Emily Boerger: Prior to the start of the 2019 session, you named your drug transparency bill as one of your top priorities. Now that the bill has passed, can you tell me about what is included in the legislation and what the process was like to push that bill through?

Rep. June Robinson: “Sure, so we did get a prescription drug transparency bill through this year with bipartisan support in both the House and the Senate after several years of trying. You know, it wasn’t exactly what I had hoped for in that I was really looking for more notification to the public when prices are expected to increase. And that piece, we just couldn’t get.

But what we were able to accomplish was a lot of reporting from pharmaceutical companies, pharmacy benefit managers, and the pharmacy services administrative organization — so throughout the chain of pharmaceuticals — to the Health Care Authority around their costs, price increases, and reasons for price increases. So hopefully, the Health Care Authority will be able to use that information as a large purchaser of pharmaceuticals for the state, and then be able to give aggregate information to the legislature so that we can continue to look at options for both transparency and keeping costs down around pricing.
I expect that this will be a topic that we continue to work on and look at.

There is conversation at the federal level as well around drug prices so it will be interesting to see, you know, if Congress gets anything done. We’re all – I think both states and at the federal level – just really concerned about pharmaceutical costs as a driver of health care costs.

But I think the bill that we passed this year is a first step and we hope it will give us information that we can use and we’ll have to just keep looking at seeing where we can continue to push on this issue.”

EB: Any other health care bills that passed this year that you are particularly proud of or excited about?

JR: “Well, the balance billing bill that Rep. Cody worked on for a long time, we finally got it passed. And that is now an issue that is in the news and in conversation a lot and so I’m really glad to be taking a step forward on that. Again, we’ll see how that actually plays out as it’s implemented, but hopefully that’s a solution in the state around these bills that people get that are unexpected, especially after going through an emergency room.

And then of course our public option bill that we passed that will allow the state Health Care Authority to stand up a public option on the Exchange for people who buy individual policies. This again is a first in the nation [bill] and kind of a big experiment in how we as a state might be able to keep the cost of health care policies lower for those individuals who buy on the individual market. So, those bills I’m excited about. I’m proud that we were able to lead as a state on those issues and anxious to see how they evolve and come to fruition.”

EB: I also wanted to talk about the process of finalize the budget. What was that like?

JR: “Well, it’s always challenging. There’s just so many more needs than we will ever have the resources to fill. And there are a lot of pressures from all different areas of both the community and just state government as a whole. Our state agencies and our state institutions really have never recovered from the cuts that we imposed during the recession, and have not had the resources to, sort of, make them whole. So, we’re seeing the effects of that in places like Western State Hospital and our RHCs – the facilities for people with developmental disabilities — and our prison system… all those places where the state is responsible for people’s lives. It’s just really challenging to keep up with the growing demands and costs. So, all of that is challenging.

And then, on top of that, of course, is over the last few years we’ve had the McCleary issue and K-12 funding, so a lot of energy has gone into that. And that certainly will never completely finish. So, you know, it’s hard to write a state budget and we had the pressures of what’s called the bow wave, the kind of, going-forward costs of K-12 funding that we had put in place in previous years.

And then we had set up the new SEBB — the school employees’ health care system which required significant state funding. It was also a year for collective bargaining agreements with state employees.

So, all of those were big cost drivers in the budget, and then you just had all of this other demand which we talked about with funding for a wide variety of issues. One that I track pretty closely is in the world of caring for people in our communities with developmental disabilities… Supportive living, adult family homes, and those community agencies are all struggling with finding employees and paying employees appropriately for the work that they’re doing… They just can’t take on more clients because they can’t find or afford the staff to care for them. So, we knew we needed to make investments there and we did, probably not as much as was actually needed to completely solve the problem.

And then of course mental health has been a big issue for a long time, largely driven by costs and quality issues at our state institutions – Western and Eastern State Hospitals – and so this is the year when we really came together and felt like we really needed to make big changes there. And we did, you know, again we invested a lot of money to create more capacity throughout the state. So, lots of demands. It was hard to piece everything together and it’s kind of amazing that it did come together at the very end between the House and the Senate and we were able to finish by the deadline.”

EB: It seems like with the budget you never can quite cross anything off the list. Even though you might take care of something for the near term, there’s always more to it.

JR: “That’s exactly right. The state is growing, the expectations and demands of our constituents are growing, and yeah, it just keeps going.”

EB: Shifting gears a bit, were there any other topics or issues that were addressed in a consequential way outside of health care this year?

JR: “Yes, we passed a lot of pretty groundbreaking policy [this year]. I would say the Long-Term Care Trust Act — that’s health care-related — but again it will sort of provide a socialized state-run insurance program for people to help pay for their long-term care needs. So, that’s really exciting and I’m anxious to see how that gets stood up.

And then, of course, we made really historic gains in funding for higher ed this year with help from the business community on that. We were able to increase the B&O rate in order to pay for a lot of support to our higher ed institutions and to fully fund the State Need Grant which is now called the [Washington College Grant Program]. So, that should significantly change people’s opportunity in terms of getting education beyond high school, because anybody whose family earns less than the median income can get free tuition at higher ed state institutions. That includes all community colleges, our 4-year state colleges, as well as apprenticeships. That was just a big win. Another one that came together at the end.

And then there was a lot that we did on the environmental side as well with moving towards renewable energy, policy around making buildings more energy efficient, and work on saving orca, which means creating better habitats for our salmon in the state.”

EB: Was there any meaningful legislation passed this year related to housing and homelessness?

JR: “Yes, we did. It was sort of a banner year for housing and homelessness as well. We provided significant funding for housing for folks with lower income — both in the capital budget in the Housing Trust Fund, as well as a bill that I sponsored, HB 1406, which allows local communities to keep part of their state sales tax revenue and either use it outright, or bond against it to create more affordable housing in communities around the state. So, those were both really huge in terms of funding.

And then we did a number of policy bills as well. The most significant of which were addressed at renter and tenant issues to make it a little fairer, I think, in terms of how someone gets evicted. So that if you’re behind on your rent, that you have 14 days rather than 3 days of notice in order to make that right before eviction proceedings can start. That was a big win because we know that something that leads to homelessness oftentimes is someone falls behind on their rent, they get evicted, and they just can’t catch up.

Also, a bill that I sponsored would give someone 60 days notice for a rent increase rather than 30 days. So, again it’s not going to stop landlords from raising the rent, but it can give someone more time to either figure out how they can piece together the payment for higher rent or to find another place to move to. It’s a complicated issue as all things are, but we tried to address it from a number of different angles so that hopefully it will move the needle in terms of the crisis that we’re seeing around housing and homelessness.”

EB: The last few questions I have for you are about the House Speaker election. What pushed you to vie for that position?

JR: “Well, it’s one of those things where there’s just times in your life where you feel like you need to step forward and move into a space where leadership is needed. I feel like I have a lot of support in the caucus and I have good relationships with members of the caucus. I care a lot about what happens both to our caucus, to our legislature, and to our state in the future and chose to put my name forward to see what happens.”

EB: What’s your vision for caucus leadership or how might you lead differently from Speaker Chopp?

JR: “Well, Speaker Chopp is sort of a legend and has been there a long time and has certainly cultivated his own style of leadership. Anybody that steps in after him is going to do things differently and have a lot of challenges as we transition to new leadership, because both inside and outside, people are used to his style. But I think, you know, our caucus is very healthy right now. We have a more diverse caucus than we’ve ever had and people are anxious for a little bit more leadership opportunities or abilities to participate more fully in the conversations in the caucus. And I think if I become the Speaker, one challenge will be to find ways to include more voices as we make decisions going forward.”

This Q&A has been edited for length and clarity.