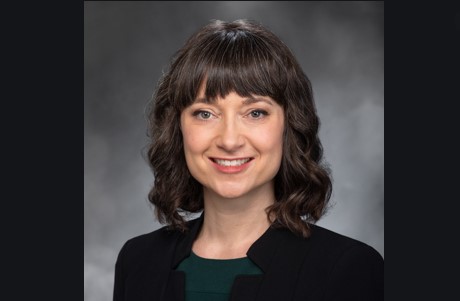 Lawmakers are considering a number of housing-related issues this year, from creating a statewide housing registry to community land trusts, as they try to find ways to increase supply and lower costs. Rep. Jessica Bateman was a freshman legislator this session, and came to the position with years of experience serving on the Olympia City Council, and later as Mayor Pro Tempore. Currently, she sits on the Housing, Human Services and Veterans Committee.

As the 2022 session approaches, we circled back with Rep. Bateman to see what housing, zoning and density legislation she would like to see. The Wire has been speaking with Legislators on housing — one of the top concerns for many lawmakers — to gain insight into what direction housing policy could take. Read more coverage here and here.

Aaron Kunkler: What are the top things you’re thinking about in regards to housing legislation?

Last session we had to do a lot of work for tenant protections, especially because we were experiencing the global pandemic. Many renters in Washington State are vulnerable because of being out of work, and many of them were vulnerable and cost-burdened before the pandemic. We were able to do things like just cause evictions. There was the moratorium and right to counsel, so really good tenant protection, and also putting aside funding for mitigating if someone’s behind on their rent.

I think in general terms going into the 2022 session, there’s an interest in looking upstream at what are the root causes of our housing crisis. What are the factors that are actually contributing to the housing scarcity that so many of our cities in Washington State are experiencing? It’s obviously job rich communities and high opportunity areas that are experiencing housing scarcity. But it’s also trickling out into cities large and small all across Washington State. So I think there’s a recognition that this is a statewide issue. How can we actually get to the crux of what’s causing the scarcity to happen, and how can we address it?

AK: What are some upstream causes of the housing crisis that you’re thinking of?

JB: There’s no silver bullet to the housing crisis. I wish that there was. I served on the Olympia City Council for five years, and I worked a lot on this issue. What is allowed to be built is really foundational. By and large, most cities restrict the types of housing that can be built, and they limit that by not allowing things like duplexes, triplexes, accessory dwelling units. In some cities, especially high opportunity or older cities — even in Olympia or Seattle — infill in some cases is the only feasible housing in certain areas because they’ve got pockets of land. Those tend to be houses and homes that are more affordable, and allow for more diverse economic demographics within those communities.

It’s also coincidentally really good for reducing our carbon emissions by having people living closer to where they work or where their kids go to school. So I think [we’re] looking at what types of housing can be built and how we can legalize diverse housing. You’re seeing other states do that. It’s not revolutionary, there have been bills in the Legislature. I’m excited that we’re looking at it from a statewide perspective, because we are by some estimates 250,000 units of housing behind today in Washington State, to keep up with our current population growth. We know people will move here, we know we have economic development happening, people are moving here for jobs, then climate change refugees. We need to ensure that people have places where they can live, because safe and stable housing is really a basic necessity, as necessary and fundamental as access to food and health care.

AK: Are there ways to encourage local municipalities to increase zoning density, and will the Legislature look at options to do that?

JB: This year we had HB 1157. That was a bill incentivizing cities to become more dense, and it was completely voluntary. It would have allowed cities that increased and legalized diverse housing options to be eligible for a real estate excise tax reimbursement from the state … They would have been able to use those funds to build affordable housing, or to create amenities for dense, walkable, livable neighborhoods. There were some requirements, they would have had to have done a study on any potential displacement to the area where they were legalizing these types of diverse housing options, which I thought was important. That bill made it all the way through the House. It did not make it through the Senate. So that bill will be reintroduced.

A couple of years ago, I believe in 2019, we had an incentive bill, HB 1923. That gives cities a portfolio of options for creating more dense, walkable communities, especially connecting it to transit. And we have seen some cities actually utilize that, and some of them are actually doing housing action plans. And even this year in HB 1220, you saw the requirement that cities actually plan for middle type housing, and they explicitly called out middle type housing. I think obviously we want to try the incentive approach.

I think that there’s also an interest in being more ambitious than that, because we are in a housing crisis and a climate emergency. Both of those issues are really linked. Where we actually have housing being built has a direct correlation to greenhouse gas emissions, and the types of multimodal transportation that people will utilize. So I think there’s an interest all around for incentive-based options, working with cities, and also maybe being a little bit more prescriptive and saying this is a real issue that we need to tackle within the Legislature. There are a lot of different opinions, so I think the best strategy is one that will get the most support.

AK: What are some of those more prescriptive options?

JB: We’re just starting to think about bills for the next session, so I don’t have anything drafted yet. I haven’t seen any drafts of bills, but we have examples. Oregon passed a bill legalizing diverse housing. California currently has two different bills, one legalizes duplexes and I think another one legalizes fourplexes. When I say more prescriptive, that’s what I mean. Incentive-based is really voluntary for cities, whether or not they choose to, which is the current status quo. More prescriptive would be actually stating what is going to be the threshold, we’re just going to allow diverse housing everywhere, and those that want to build it can. It doesn’t require anyone to, it just allows it to happen.

This story has been edited for length and clarity.