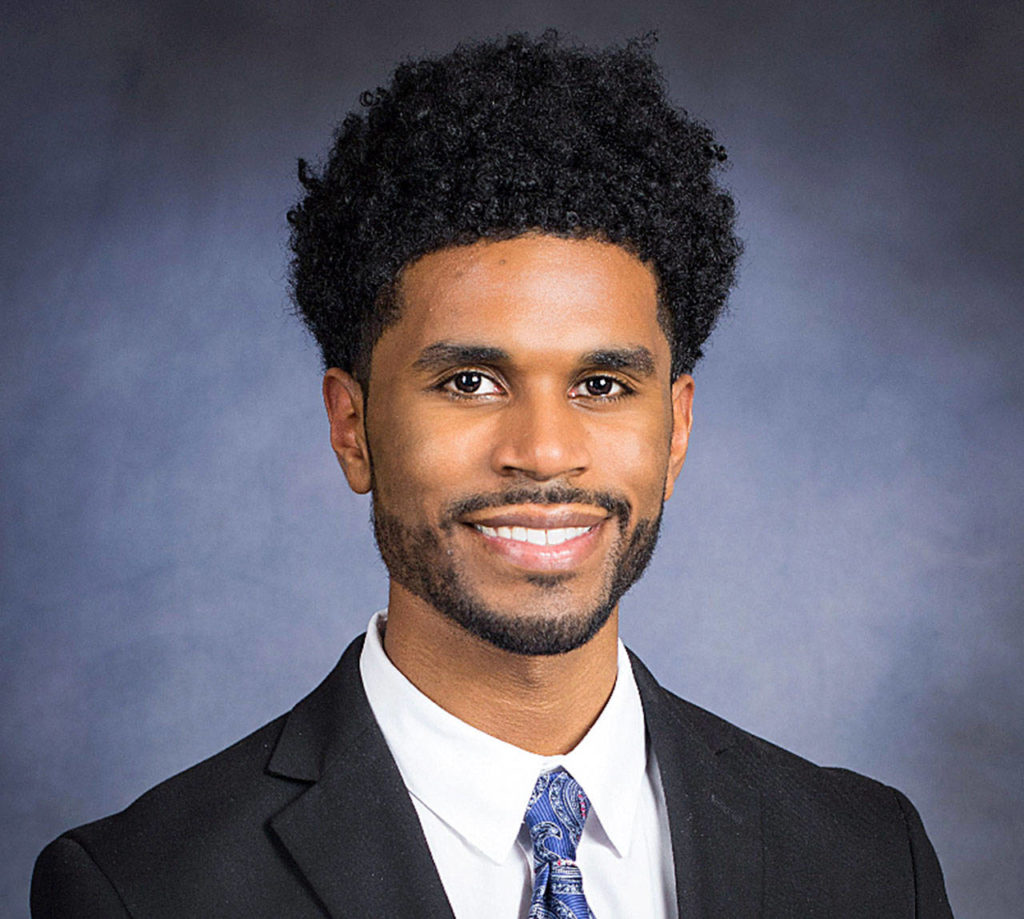 Since 2020, there has been an increase in certain crime in the state. While it’s not clear what’s behind it, opponents of the bills have pointed to them as partial explanations. Republican lawmakers have called for a special session to attempt to adjust these bills. Advocates maintain these bills are an important step towards reducing police violence, and especially its disproportionate use against people of color.

Both bills were sponsored by Rep. Jesse Johnson (D-30th LD), so we circled back around to get his views on where the bills stand today, and what we can expect in the 2022 session.

Aaron Kunkler: What are your thoughts on a special session and the state of the bills?

Rep. Jesse Johnson: “It’s been a challenge, I will admit. It’s been a lot of misinformation that we’ve had to address, a lot of misconceptions. I think one of the things that we realized last year was that this was not going to be easy. Even when the laws were passed, it wasn’t going to be easy when you have a massive police package, like we had similar to Keep Washington Working a couple of years back, there’s going to be continued dialogue about it. And there’s going to be clarifications. The main thing, though, is that our community has expectations for our police, and making sure that those expectations are being met within the law.

We’re in the midst of a rise in crime across our state that we’ve seen — probably because we’re actually in a new phase of the pandemic — but we’re just getting out of being holed up for a year, and you’re seeing a rise in crime. So our police are needed, but we also have accountability.  We have policies in place that are there for a reason. So I think we’re just seeing the growing pains of that the last couple months.”

AK: I read your press release from July stating that the legislation essentially codifies de-escalation tactics which police are already being trained on in accordance with I-940. What have you been hearing from law enforcement agencies?

JJ: “It’s a paradigm shift when you talk about de-escalation and less-lethal enforcement of the law. I-940 is still in its infancy stage. There’s a lot of training that’s been going on and a lot of changes already. This legislation came on the back of that, and I think putting it in policy is a whole other level of accountability. I think we’re seeing the push back to the paradigm shift.

Some of what I’ve heard is [that] clarity [is] needed. When we have police that are doing jobs that are complex, and every situation is different, you have to look at it with that lens. But at the same time, we’re putting together blanket policies for the entire state. I expected some of the pushback. However, I did not expect some of the misinformation campaigns that I feel has happened from police associations. And, unfortunately, that’s something that’s political, but we also still have to keep the community’s needs at the forefront of our mind.”

AK: What is some of that misinformation you’re hearing about the impact of the bills?

JJ: “The biggest one that I heard was that the police cannot respond to certain crimes, whether it’s a mental health crisis, domestic violence dispute, or a crime that has not been committed yet. I think the [Attorney General] cleared that up. There’s nothing in the legislation that prevents police from responding to any crime. We can respond to every crime, every situation, community caretaking call, or wellbeing check-in. Nothing prevents them from doing that. The legislation is about what they do once they get there.”

AK: What kind of clarification regarding these bills could the Legislature provide next session?

JJ: “I do think that we plan to provide Legislative clarification in reference to the Involuntary Treatment Act and Protective Custody Act so that people know that they’re not going to be held liable for transporting or detaining someone that’s in a mental health crisis or protective custody situation. A lot of this comes back to concerns over liability, and officers a department saying, we don’t want to be held liable. So we’re just not going to do it at all. And of course that’s not an option.”

JJ: “I do think that with the laws passing that was a landmark shift. That was on the backs of amazing advocacy and activism for the last year. Now that it has passed, I think we had that time for a couple of months post-session where everybody was just taking a collective breather from all the work that we had done for over a year —operating in meetings every day with police officers, with law enforcement, and the community for eight or nine months.

The other thing that  surprised me was the pushback we’ve seen in the media, like they were blindsided by this. But in reality, we’ve been working on these bills with law enforcement across the state since last September. So almost a year of work went into it, this was nothing surprising.

I think the momentum is still there. I do think that people are a little bit fatigued. But last week, we had a press conference with families impacted by police violence in the Coalition on Police Accountability in Puyallup … and we just had amazing testimony from families, amazing community work that was covered and talking about what went into these bills. So I think the momentum is still there, and it’ll continue probably going into next session.”

AK: Speaking of next session, could you give us a preview of some legislation you’re hoping to introduce or rework?

JJ: “The main thing for me is to tie any loose ends on this legislation. I’ll be introducing a legislative bill or clarification that makes sure that officers know they can use all less lethal alternatives, including less lethal military weapons that are used for bean bag rounds. We did ban militarized weapons, but obviously, our legislative intent was not to ban anything that’s less lethal. So we’re gonna be doing a clarification around that.”

I would also say just more training. I’m working with some folks in the martial arts community that are hoping to provide training to officers. And lastly, there will be de-escalation tactics, so they get that beyond the police academy. It’s interesting to me to find out that officers continuously train on a handgun, but de-escalation is not trained on beyond the academy. I think we want to have more continuous training around de-escalation for officers too. And so those are the big things for me. I know Rep. My-Linh Thai (D-41st LD) is probably going to bring back [HB 1202] on private cause of action and qualified immunity. So that’ll be another big piece in the police space.”