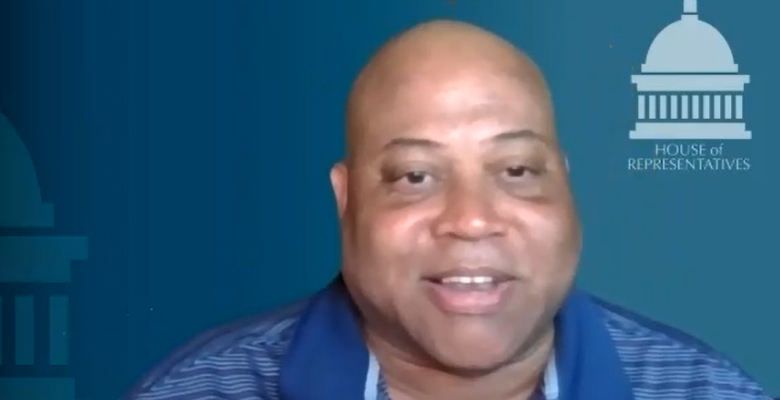 Rep. David Hackney is a freshman legislator representing Washington’s 11th Legislative District. Hackney was Vice Chair of the Capital Budget Committee as well as a member of the Public Safety Committee and the Transportation Committee.

In a recent interview with the Wire, Rep. Hackney reflected on his first session in the legislature and how he learned to collaborate and work to get the bills he cared about across the finish line.

Ian Portmann: How was your first legislative session? How do you feel it went?

Rep. David Hackney: I think it went very well. I was extremely excited, but I was disappointed to be remote. It felt like I was on house arrest. We had requirements to be on camera for committee meetings and for on the floor, even in caucus. It was helpful to be on camera when you want to be persuasive.

I think what we got through was remarkable. I think it shows what we can accomplish if we work together. And I think it just opens the door for so much more. I was extremely excited about the police accountability bills — I served in public safety. But I was also [involved in] the other huge accomplishments that I played a smaller role in but still felt a part of: the clean fuel standard, low carbon fuel standard, cap and trade bill, as well as the capital gains bill.”

IP: In a recent interview with Rep. Berg, she mentioned her “top three bills” that she was most proud of. Are there any accomplishments or bills you’re particularly proud of sponsoring? Or co-sponsorsing?

DH: I was second Vice Chair of the Capital Budgets Committee and Chair Tharinger put me in charge of a working group consisting of legislators and stakeholders and state agency heads to recommend an investment in broadband funds. The governor’s original capital budget had recommended a $45 million investment through one agency. We were able to persuade into the budget a $411 million investment through multiple agencies. I think it was the only solution that addresses the problem and scale of the problem. Because of my background as a former federal prosecutor, I think I played an outsized role in both the committee and on the floor, making the argument for these bills.”

IP: Are there any lessons or learning points that you had during your first session?

DH: Chair Roger Goodman had a seminar on how to pass difficult bills. You meet with stakeholders, and you work through the details. The goal is not consensus, because in order to get consensus, you’d have to weaken bills to the point that wouldn’t be very effective. The goal is collaboration. When people have a meaningful opportunity to influence bills, that doesn’t mean you’re going to get their support. They may not even vote for it, but they tend not to go to the wire dramatically to stop it. Those police accountability bills were able to get passed with, not the full resistance that would have been if we had ignored those that were not in full support.

IP: In your recently released plans for the rest of 2021, you said HB 1344 and HB 1413 were two bills that did not make it to the floor, but that you would like to continue to pursue them. Could you just tell us a little about those bills?

DH: HB 1344 is a second chance bill. It’s basically a bill that provides an opportunity for individuals who have committed very serious crimes as youth, to get into an opportunity after 20 years to go before the Indeterminate Sentence Review Board. Which can grant them conditional release. The premise behind this bill is that there is a trauma to prison pipeline. Many of the individuals impacted by this bill were victims of very serious physical, sexual, emotional abuse and they had to commit a very serious violent crime to get our attention. Now, after a significant amount of time — 20 or 25 years of counseling, programming, mentoring, mental health care — many of them have turned their lives around or have the opportunity to turn their lives around and really be safe, contributing members of society. It expands the definition of juvenile to under 25 and it gives them this opportunity. To me, it’s just such a tragedy, to see these lives thrown away. And if you meet some of the individuals who have successfully gone through the system after 20 – 25 years, they’re out there mentoring other troubled youth to prevent them from going down the same road that they did.

[HB 1413] is a juvenile points bill, and basically prohibits prosecutors and adult court from using criminal history that was around when they were juveniles, again, under 25, to enhance their sentence. Sometimes these youthful errors can really add a lot of time to someone’s sentence. I know in my youth, being held accountable for everything that I did as a youth, I would not want to do that now. And really, it’s not helpful. It’s not fair. It doesn’t tell the picture of who they are and what they can become.”

IP: As you look toward the future, what are some of your priorities for your district and overall for the state as well?

DH: We’re going to continue on criminal justice reform, as I mentioned, but really low income housing and homeownership wealth generation. My district, the 11th LD, is a majority renters district.

There’s also a connection between school success and home stability that I want to take a look at. We have more students on free and reduced meals, and we have a higher percentage of homeless students in the 11th LD than in any other district in the state.

I think all of those things need to be addressed. There’s a real opportunity to make lives better for some of the individuals that are most vulnerable in my community. That’s my goal. It’s actually going to make life better for everyone if we can help those individuals with housing, with food. Those are going to be areas where I’m really going to be focusing on as we come through this pandemic. Getting everyone into a better stable place is going to help our economy and it’s going to help our community.”