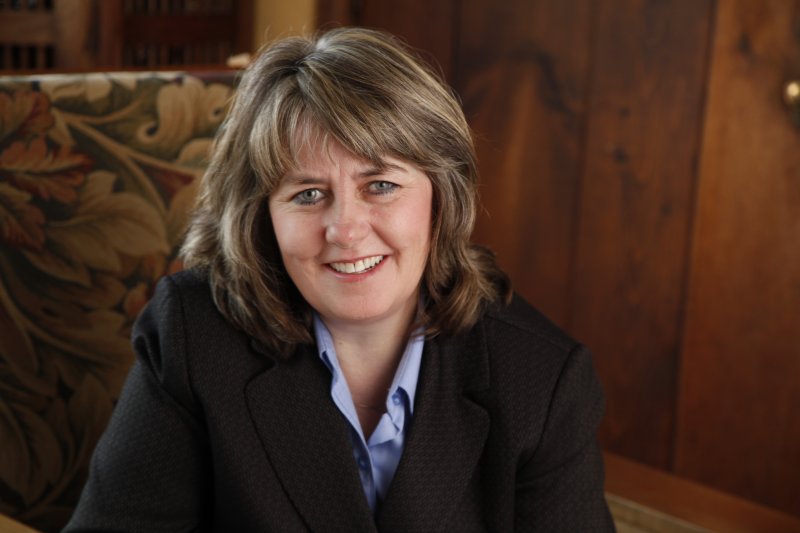 Rep. Gael Tarleton has represented Washington’s 36th Legislative District for the past 7 years. Earlier this month she launched her campaign for Secretary of State, challenging incumbent Republican Kim Wyman. The Secretary of State’s office has been a lone Republican stronghold among the statewide elected offices; no Democrat has broken through since 1964.

It makes sense then that if Rep. Tarleton’s sense of urgency heading into her 8th year in the legislature seems stronger than ever, it is. I spoke with her one hour before Washington elected its first woman House Speaker to ask about the challenges facing Washington State as it relates to election security, what she would hope to achieve as Secretary of State, and her opinion of ranked choice voting.

Michael Goldberg: I want to spend most of our time talking about your race for Secretary of State but as today is the first day of session, I want to start by asking about your expectations for new legislation. Can you list some of your top legislative priorities this session and perhaps give us your overarching goal, assuming there is one?

Rep. Gael Tarleton: These are extraordinary times. We are preparing to elect the first woman Speaker of the House of Representatives in our state’s 131 year history. It makes me and should make all of us pause to reflect on how critical it is that every election be conducted in accordance with our longstanding and cherished tradition that every election matters and every vote counts. That is my priority for this whole session, and it’s not only because I am running for Secretary of State, it’s because I am completing my 4th term in the state legislature elected by the people of the 36th district to do the work of the people to the best my ability and in accordance with the laws of our US constitution and our state constitution.

This year I am hoping that the third time’s a charm – I have a piece of legislation I’m introducing for the third session to protect our state elections from security breaches from any interference, foreign or domestic. It also ensures that our state has the resources to support our local county auditors and local elections directors in the event that any form of disruption or interference, non-functioning of our voting system, materializes. If there is any risk or alert of risk from our national authorities, we need to have a system in place to protect our elections at the place where people vote, and that is at the local level.

There is also a piece of legislation I have introduced today, which will be a companion to Senator Sam Hunt’s, which will make the state responsible for helping local auditors finance statewide and state legislative elections. We don’t do that today, and we should. It is a high cost on the local organizations and we need to help them make sure that statewide races, state legislative races, voter pamphlets and ballots are all potentially reimbursable costs. In addition, that bill requires local auditors to conduct voter outreach and education to help new voters know what their rights are, how to access a ballot, how to read a ballot, and how to find ballot boxes.”

MG: You are challenging an incumbent Republican. Washington voters have chosen Republicans for the Secretary of State’s office since 1964. What is unique about this office that has made it so difficult for Democrats to break through?

MG: I know you’ve said that you want to pull together an audit of any issues that local election officials have observed, but can you give your assessment the areas of improvement you want focus on the from the perch of the Secretary of State’s office?

GT: Sure. The transformations that have happened in our voting systems as well as the way we handle the data transferred among the networks from local jurisdictions to the state jurisdictions and back, there should be all new digital networks and security systems in place, but there isn’t. Local jurisdictions and county auditors operate under a different local budget. Sometimes they can improve technologies, they can do training, and look at risk to the data. What I want is to introduce a systematic approach to training, not for past threats, but for the future technologies and future kinds of cyber attacks that our intelligence community at the national level and our Department of Homeland Security are consistently warning the states to take a look at. That is why in 2019 as well as in 2020, all the states are being given, proportional to the number of voters, money to help secure local election systems. I want audits to be tracking a baseline of what we think the strengths and weaknesses of our election systems are, and where the local auditors have concerns about data systems or the capacity of their staff to repel attacks. These measures need to be systematic and they have to be consistently integrated into the work of local officials.”

MG: As it relates to electoral and institutional reform, something that’s been picking up a lot of steam recently is ranked choice voting. While i’m sure you’re familiar with some of the arguments for ranked choice voting, the one i’m interested in asking you about is the theory that ranked choice could reduce partisanship and polarization by widening what is now a binary choice for voters and in essence, allowing them to feel like their vote is more representational of their beliefs.

GT: That is a great question. I have been examining and listening to the pros and cons of a ranked choice voting system for local elections, state elections, congressional elections, and presidential elections so that I could hear both sides of the argument. These arguments need to be had because we are confronting a time where a combination of sustained interference in the way we conduct our elections and campaigns to create disinformation and confusion will only exacerbate the tendency to think there is a fix, liked ranked choice voting, to addressing voters who check out because they don’t think their vote will matter. I’ve spent the last 7 years in the legislature and we’ll spend another year this year focused on how we engage our voters, how we engage our residents who will become voters at some point. How do we increase voter turnout? How do we increase confidence in the fact that every vote is counted? One of our most important findings is that the rate at which people are choosing to participate directly corresponds with whether they have information about protecting the privacy of their vote, protecting the integrity of their vote, and having local jurisdictions help inform them about what their rights are.

When I think about ranked choice voting, I think about both ends of spectrum. How do as many candidates as possible choose to run for office? And how many people as possible choose to participate in the election by voting, that have the right to vote. I think our system is in trouble on both ends. Even if we introduced ranked choice across the board in local, state, and federal elections right now, it would not address the real risk: that a diverse, representative group of people do not choose to run for office because of dark money and dirty politics. We are suppressing the participation in the candidate pool. We mostly don’t have challenged races in the state legislative districts in safe districts. We don’t really have challenged races in most local jurisdictions, and even though those are nonpartisan races, you still have to run a race. A lot of people don’t have the time or ability to take time off from their job or family to run for office. I like to remind people that our top-two system here is a way for ensuring that everyone who wants to run has a chance to get on a ballot. They don’t have to declare a party, all they have to do is be a resident of the place they are running and pay the fee to get on the ballot and have a voter pamphlet statement. That is the most participatory way we can ensure a broad range of candidates running.

A problem we have, and it could involve ranked choice, is that the vast majority of voters don’t turn out in the primary election. In the general election, you usually have double the number of people who turn out to vote and they only have two choices because it’s been whittled down. They might not even know it’s been whittled down because they didn’t participate in the earlier elections. That is a struggle of educating voters, and we have a lot of new voters. That’s one of the reasons I want to run for this position, so that I can help people remind each other that we live in an extraordinary country with amazing rights that have been fought for over centuries. It’s on our watch how strong and resilient our elections and our democracy will be.”