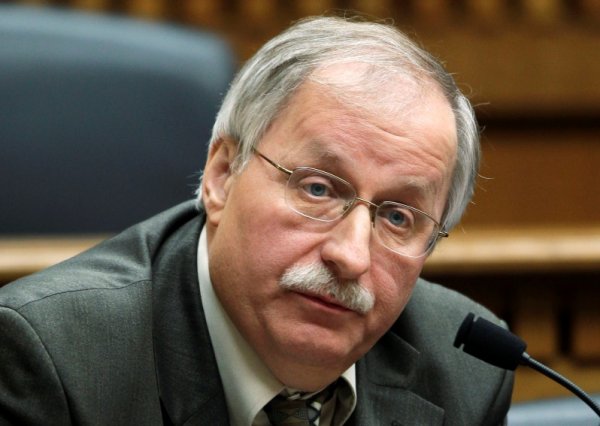 In a call with the Wire this week, Chopp described his proposal in greater detail. He also discussed the lessons he learned from Washington’s economic recovery following the 2008 financial crisis, using social security as a model for his childcare program, and bringing the business community into the fold to address homelessness.

Michael Goldberg: Your $2 billion revenue proposal includes a tax on capital gains. Can you talk about the evolution you’ve seen in terms of the willingness of both legislators and voters to entertain the idea taxes on income and/or capital gains taxes, which are usually understood to be wedge issues in Washington State politics?

Rep. Frank Chopp: My focus with this package of public priorities is the needs we have in terms of public health, behavioral health, community health, etc. There was already a lot of need before the pandemic and since then, it’s all the more evident that we need to respond adequately. In terms of behavioral health, there are thousands of people who need our help to get not only treatment, but also housing so they’re not dying on the street.

The second area which is also a major priority is childcare and early learning – they were in a precarious position before and then the pandemic hit and the alliance of childcare centers are telling me directly they’re on the verge of collapse. This is a major problem that businesses need to pay attention to, and in fact, have raised quite extensively.

For those two main areas, the proposal includes the health care related package I call the Health Equity and Recovery Trust (HEART) and the other one which is essentially using the concept of paid family leave and is similar to social security for childcare. We invest all this money, rightfully so, into people who are retiring or disabled. If it’s good enough for the seniors, you then need to ask, what about the young people who need help? So, I’m focused on trying to put together a package of clear public priorities that demand our attention.

As far as capital gains, if people don’t like that, I call on business community leaders around the state to suggest something else. We do need to make sure the revenue is fair for everyone in the context of our tax system. But again, if business leaders don’t want a capital gains tax I would suggest that they come up with something else.”

MG: Overall, between 2009 and 2011, the Legislature reduced state spending by about $10 billion according to one analysis. You mention the need that existed before the pandemic, and I’m assuming you’re referring in part to the downstream implications of those cuts. In conversations with your colleagues, particularly on your side of the aisle, how much are lessons from that time period a driving force in the way revenue proposals are being formulated?

RFC: My colleagues in the Legislature have raised concerns over the idea of austerity cuts. It was a problem 10 years ago. We cut mental health funding, for example, which led to a lot of human suffering out on the street. I think the public perception of the need for mental health and behavioral health treatment is much more elevated than it was 10 years ago. There’s also an awareness among legislators in both parties that we need to do something in that regard.

The impact also becomes clear when you look at the areas where we weren’t prepared for the pandemic. We had folks scrambling for personal protective equipment when we should have that all secured and in our own warehouses. Part of the funding in my proposal would go toward ensuring that we have our own in-state production of critical equipment so we don’t get caught flat-footed like we did this time. It was frankly just a real serious problem when we have to compete with other states and everybody is scrambling trying to get stuff from out of state or out of the country at higher and higher prices. I think we should be better prepared. So, there’s a lot of concern about austerity cuts and it’s been made evident that it will just cost us more in the long run and if we don’t invest in our people, it will just prolong the economic recovery.

Again, when we made those cuts it led to enormous human suffering, like we discussed with behavioral health. In other areas like education, with our subsequent work over the last five years, we’ve not only restored education funding but we’ve gone beyond that in order to meet our constitutional duty. But even there, in the short term, the cuts caused a lot of dislocation within the education system. Due to our conditional requirements, though, we figured a way to put together the revenue on a bipartisan basis to fund basic education. The increase in basic education has been significant over the past few years and we’re proud of that.”

MG: Zeroing in on your point about the downstream impacts of cuts to mental health and behavioral health services, you are saying the homelessness crisis in Washington State, at the scale it’s reached today, can largely be traced to those cuts?

RFC: Just take a look outside. I don’t know where you live but just look outside and you see lots of people in tents living on the street. That is a terrible shame and a tragedy. The cuts from 10 years ago or so made them worse. That’s why over the last several years we’ve upped the amount of money going into behavioral health. I had a bill pass unanimously in the House last year for a new behavioral health teaching hospital. It passed unanimously because we need to give people a better way than either getting stuck in Western State Hospital, which has been decertified, or living on the street. So there is strong bipartisan support in this arena. Also, it’s not good for business either to have homeless people sleeping in the street. It’s not good for business and it’s not good for the people suffering.

I was pleased to see this group called the Third Door Coalition created by Sara Rankin at Seattle University about a year and a half ago. She called together some business folks and they committed to doing something about this crisis. About a month or so ago they unveiled their plan which quantified the need. One of the needs was to provide about $1.6 billion for facilities like supportive housing and treatment clinics. They quantified the need and also extrapolated how much we need to address it. Part of this HEART fund I proposed would go to funding the state’s share of carrying that out. That’s how these things interrelate – business leaders realized that they have a moral and economic reason to care for people in their community.”

MG: Anything else you want to underscore about your proposal?

RFC: The import thing here is to define what communities need across the state. We need to figure out what specific expenditures are needed and then we figure out how we pay for them. It needs to be done in that order.

I’ve tried to listen to a lot of people. For example, the paid family leave program that we enacted three years ago was a big success and very popular with the public. We worked together with business to negotiate a package that passed in Olympia. The public overwhelmingly supports that model, so let’s use it for childcare and early learning. We also have precedent for how to finance it.