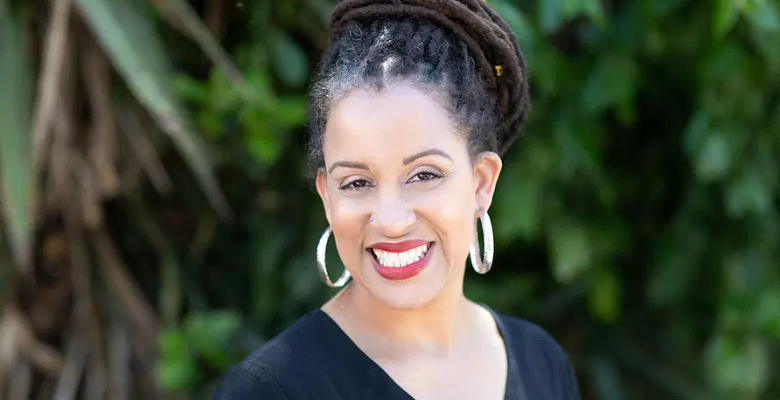 Q&A: Rep. April Berg on her first session in the Washington State Legislature

Rep. April Berg is the first Black woman to represent the 44th District and accomplished a perfect record of sponsoring bills this session, all of which being signed into law. Both feats Berg is incredibly proud of.

In a recent interview, Rep. Berg spoke on the accomplishments and lessons of her first legislative session in the Washington State House of Representatives.

Ian Portmann: How was your first session serving in the Washington State Legislature?

“Rep. April Berg: It was amazing. It was virtual, so it was different. I laughingly told my colleagues, you know, we don’t know what we don’t know, right? So people would bemoan the fact that they couldn’t get their favorite coffee drink on the way to committee. And we’re just like, well, this is what we’re used to.

It was incredibly productive. We got so much done, I felt like we were able to hear from more people testifying, engaging with us on TVW. And then I was able to take more constituent meetings, because people could jump on Zoom with groups that I feel, maybe couldn’t have made it down to Olympia to really see me face to face. When there was something pressing with a bill, we were able to get that done. So I felt like the stakeholdering around the legislation was actually potentially more inclusive. “

IP: What are some things you are proud of that you accomplished during the session?

“AB: I’m really proud as a freshman to have five bills signed into law. Not only did I have the most bills passed as a freshman, but I also am batting 1.000. Every bill I sponsored did end up making it into law. So, I was proud of that, but I think more importantly, I was really proud of what those bills did.

For instance, the lunch copay bill, HB 1342. And being able to eliminate the copay for our reduced price kiddos in fourth through 12th grade. We already had a K through three, but this kind of expanded it from fourth through 12th. That was huge. It was a big deal.

Menstrual equity and eliminating period poverty for all of our students. So all of our educational institutions will have to have free period products available. That was HB 1273.

And then the third one, and again, I love all five of them. But these three are the top ones. The third one was HB 1302. And that was college in the high school — making that available for ninth graders. Being a mother of six, still on the school board, it was really great to know that the kiddos coming after mine… will be able to get that college credits they work so hard for in high school.

So part of my motto for this session with the bills that I sponsored, co-sponsored, and helped get across the finish line was that this was the session of moonshots. That was when what we thought of as possible things that were just impossible became absolutely necessary.”

IP: As the first Black woman to represent the 44th, what does that accomplishment mean to you personally? And how would you encourage other people of color who look to hold a position in which a person of color has not held that position before? Either in the private sector or public office?

“AB: I think it’s important to highlight that I’ve lived here for over 25 years, raised my kids here, done the PTA mom thing, volunteered on boards, commissions, etc. I’ve got lived experience in my community. On top of that, I am a Black woman with locked hair. I don’t think that you can only be or do one thing at one time. And so for me, I represent my community because I am my community.

What I would say to people who are at the precipice of making a historic first — be it as a woman, woman of color, LGBTQ, various ability stages — if you’re at that precipice of making a historic first, it’s not because of who you are in that sense. It’s not because I’m a Black woman, it’s because I’ve been here. And now all of a sudden, people realize that, well, yeah, we want to elect the best person who’s lived in our community, understands our issues, and can represent us, and she’s a Black woman.”

IP: As a member of the House Education Committee, what do you feel still needs work in our education system? And what are your hopes for the upcoming school year where some students will be returning to in person classes for the first time in over a year?

“AB: That’s a great question. I answer it not just as a member of the education committee, but also as a school board director. My first hope is that people come back and that we can really focus on the social-emotional health of our students. I really, really encourage educators, family members, students themselves, not to look at this past school year and half of the last one as being lost.

I’m hoping that we’ve taken this last year, this public health crisis, as educational thought leaders to realize that some students are actually thriving in a virtual setting. And to continue giving them that option for a variety of reasons. Some of it is educational, some of it was racial animosity that [students] felt at school and couldn’t focus on learning.

There was a bill that was dropped last session, about moving to a simple majority for bond passage. It’s important because we have to get to a point where our schools can have the ability to go to voters with a simple majority, and make the improvements or the additions they need to their districts.”

IP: On the Washington State House Democrats site, your biography mentions your district is growing at a rapid rate and housing is becoming overpriced. What are the priorities you have in terms of making housing affordable in your district?

“AB: I say this with pre-census numbers, but we’re one of the fastest growing areas in the country. One of the things that I really want to see cities embrace and counties embrace is just diversity of housing stock.

We do absolutely need low income housing options, but we also need to understand there’s a spectrum. And if we forget about our workforce housing, that’s actually going to make for less and more pressure on affordable housing.”

IP: Is there anything that you’re looking to focus on that we haven’t covered? That could be anything in the upcoming session or anything you’d like to share with our readers.

A bill that I co-sponsored with Representative Kirsten Harris-Talley around anti-displacement, I think we really need to have some more discussions on that, as well as our wealth tax. They kind of go hand in hand and it affects everyone. These are not targeted towards certain individuals. When we’re talking about anti-displacement, we’re talking about every homeowner in the state would benefit from a bill like that. That’s where I kind of want to see us going.

I pick up my local and national newspapers every day with bated breath, looking at some of the amazing reporting that’s coming out that’s really putting into focus a clear narrative around inequalities in terms of wealth and work. I want to focus on that and I think we’re going to have some good legislation come as a result.”

This story has been edited for clarity and length.