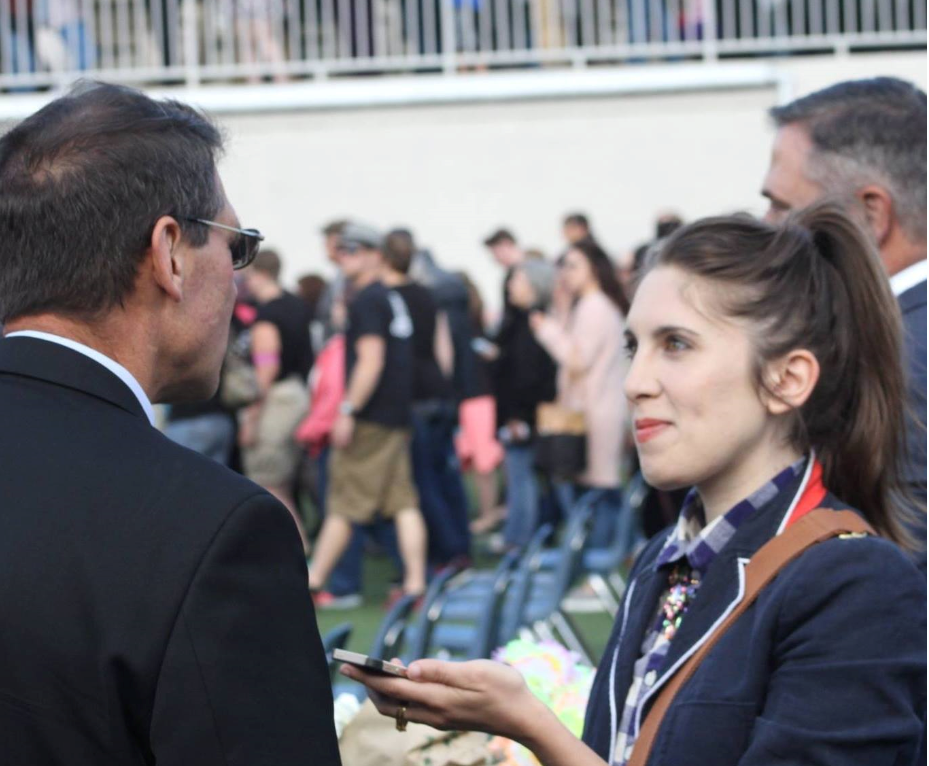 My colleague Madeline Shannon is a new reporter covering the legislature for the Wire. She joins us after a career covering beats in California and Oregon. While Madeline is quite busy these days running between committee sessions, press conferences, speeches and everywhere else a capitol reporter is summoned; she was kind enough to answer a few of my questions about her background and approach to journalism.

Michael Goldberg: Can you talk about your reporting background and what led you to the Wire?

Madeline Shannon: I landed my first journalism job when I was 17, writing for the teen press corps at my hometown’s daily paper, The Fresno Bee. I went on to major in journalism at Fresno State University before freelancing for various publications for a few years before I made my way up to Oregon to work for a couple of small-town newspapers in rural communities there. I’ve covered everything from arts and entertainment to human interest pieces to cops, crime, education, the courts, city hall, county government agencies and now state politics and health policy reporting. That’s what led me to the Washington State Wire – I was ready for the next step to a larger publication where I could cover a bigger beat and be in a more metropolitan area. I’m thrilled to be able to do that here in Olympia.

MG: Here in Washington we have a rapid fire, 60 day legislative session. As the lead capitol reporter for the Wire, you are tasked with keeping up with the deluge of new legislation introduced over that period of time, as well as the politics and personalities  shaping public policy in the state. Can you expand on how you approach covering all of the different moving parts that we seek to cover at the Wire?

MS: My approach is to just dive right in. There’s so much happening in the next two months, and although I can’t cover every committee meeting, interview every legislator and photograph every protest, I’m just running around the capitol campus covering everything I can. I look at the committee meetings scheduled for each day during the week and dig through every agenda item to decide what committee meetings I cover. If multiple public hearings are held at the same time and I can’t make it to each one, I go back and watch the video of one of the meetings so we can still get something up on the Wire that shouldn’t be missed. I also pay attention to what’s going on around me. I don’t always hear about demonstrations and rallies before they happen, so just looking around is a big part of the job, too. Talking to legislative staff who work for the various departments and caucuses has also been a huge help to me, since longtime staffers can give me a perspective on what the legislators are really talking about and let me know when there’s something coming down the pike.

MG: Deadlines aside, are there any topics you are particularly interested in exploring through your reporting?

MS: I’m very interested in issues related to water law and agriculture. I come from a big stretch of California that’s pretty much all ag land, and the last several years I lived in California were plagued with a horrible drought. Who owns the water, who gets the water and all the politics surrounding that became bigger and bigger issues in the last few years I lived there, and it was a really formative experience that piqued my interest in water. I know a few incredible journalists down in that part of the state who really dug into the issues at play there and I hope to follow in their footsteps by exploring water and agriculture up here.