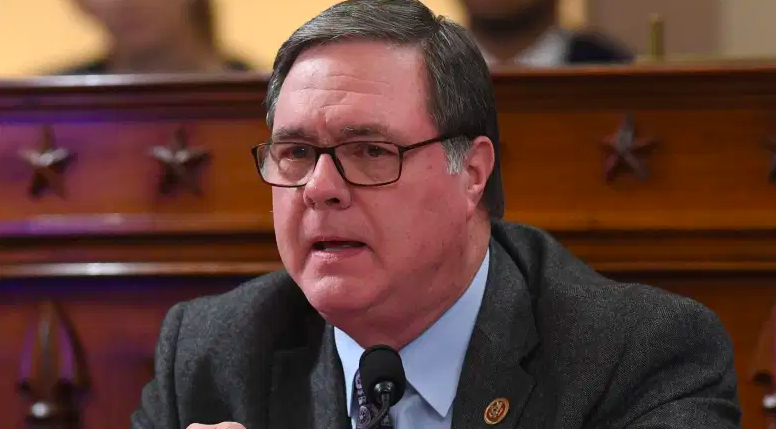 Congressman Denny Heck was set to retire from elected office after a long career in Congress. But after Lt. Governor Cyrus Habib announced his own retirement recently, Heck decided that he wanted to pursue the seat.

Formally entering the race last week, Heck is running a campaign centered around fostering civility in the state Senate and helping to rebuild the state’s economy after the COVID-19 pandemic. I called Congressman Heck, as he was finishing up the day at his home office “war room,” to hear more about the factors motivating his campaign.

Michael Goldberg: You said a few months ago that you were looking forward to spending time writing  books, getting more sleep, and spending time at your cabin. Why the change of heart?

Congressman Denny Heck: I never in a million years expected Cyrus Habib to retire and Lt. Governor is a job I always thought, if it became available at the right time in my life and if the voters were willing, I would relish the opportunity. That requires me to talk about what that job is. I’d put it in three buckets.

Number one, it’s an insurance policy. In case the incumbent Governor gets hit by a bus, or whatever. The Lt. Governor has to be ready to step into the job and be Governor. I’m obviously offering myself as a candidate who has experience at the state and federal level, the legislative and executive branches, and my ringside seat at TVW for many years. And having been Chief of Staff, I can say I’ve been as close to doing that job without actually having the title as is possible.

Number two, you have to constitutionally preside over the Senate. In this day and age, I think we have to double down on our efforts to increase civility and fairness. We need to create a sense of trust among people who are debating difficult public policy issues. I am committed to that.

Number three, the Lt Governor serves on about ten boards and commissions by law, notably chairing the legislative committee on economic development and international relations. We’re going to enter a long period of time when we’re going to have to figure out how to rebuild this economy. Hopefully, we’ll structure it in a fairer and more sustainable way. I have a particular skill set that I think lends itself to making a contribution. I’ve cofounded several businesses and in fact built one from two employees to three hundred employees, so I know something about what it takes in the private sector to provide good paying jobs.”

MG: You said in your retirement announcement, “Civility is out. Compromise is out. All or nothing is in.” You’re in Congress right now during this life altering global pandemic. Can you give me a sense of whether things are any different at this moment. Has the tension and polarization subsided at all during this period?

CDH: Yes I think they have, but they lurk in the wings and they jet out onto the stage on occasion. But in modern history, what the Congress did to pass the CARES Act – passing a $2.2 trillion bill in a two week period of time – on a widely bipartisan basis is unprecedented. I sense among my colleagues a real acknowledgment that this is incredibly challenging for America and our families, and we are not done with our work. Now, there will be some sharp elbows thrown here and there, but I’m fairly confident that we’re going to enact a fourth bill to continue filling the gaps that were revealed by the last bill.

Also, having us all home helps. All 435 members of Congress have gone home. We’ve all set up war rooms in our home offices. It’s a lot more conducive to substantive work than partisan spear throwing.”

MG: Presiding over the state Senate, can you give me a sense of what your prioritization would look like as Lt. Governor? I know it sounds rather absurd to discuss issues as though they are divorced from the pandemic, but this is a four year team.

CDH: Number one, be ready to become governor. Number two, preside over the Senate in a fair and civil way – set that tone, imbue that trustworthiness among the members of the Senate regardless of party or philosophy. Number three, as I indicated earlier, we are going to be rebuilding our economy for quite some time. We’re already at 12-13 percent unemployment, and it’s going to go up.

We are going to see depression era levels of recession. Some businesses are not going to survive this. So, we’re going to have this enormous challenge that we ought to be thinking about turning into an opportunity – rebuilding our economy in a fairer way so that prosperity as it returns is more broadly shared. So that our growth is sustainable and based on environmental policies that will be better for our children and grandchildren. We’re going to be in this situation a while, and it’s going to take people who understand what the opportunity is and understand how we might harness market-based forces to move us forward. What we need is strong growth, fair growth, and sustainable growth.”

MG: You’ve been a fixture in Washington State politics for a long time, and I know civility and compromise are important to you…

CDH: Sorry to interrupt, but I always say, “principled compromise.” Compromise doesn’t just mean meeting someone at a midpoint. Principled compromise means figuring out how to stay true to your principles and enabling the person you disagree with to stay true to their principles as well. It is an important distinction, but I apologize for interrupting.”

MG: No problem. I’m just wondering, and this a broad question, but there is a sense the chasm in perception regarding public policy in the state is continually growing. It seems people west of the Cascades have a different view of what Washington State should value than people east of the Cascades. As someone who cares about finding common ground, do you think it’s possible for Washingtonians across the state to be pleased with the leadership in Olympia?

CDH: I think there’s every reason in the world for people in Western Washington to be proud of the nature of the food basket economy that is largely Eastern Washington, and the role it plays in feeding not only us but the rest of the world. And I think there’s every reason in the world that people in Eastern Washington should be proud of the technology innovation and vibrant businesses in Central Puget Sound and beyond. I think people on both sides of the mountain can be incredibly proud of the role Washington has played in national security. We have one of the highest percent populations of veterans on a per capita basis than any state in the union. In fact, the congressional district that I have the privilege to represent has something like the fifth highest number of veterans than any congressional district in America.

We have a lot to be proud of as Washingtonians. Now, I think we have to work a heck of a lot harder at understanding one another. To use an example, people in Western Washington, especially in the population centers, would understand why it’s so important to all of us that we invest in broadband for rural communities. We’re going to help them have access to a higher standard of living, they have to have the tools of modern society. The fact that we haven’t made that investment thus far I think is shameful. There’s a lot we can do to stitch us together, but I believe it starts with elected leadership that strikes the right tone.

When I first got elected I asked people to hold me accountable for two things. Let me preface this by saying I don’t claim to be perfect, but I said I wanted to be held accountable for never demonizing the person I’m disagreeing with, for never engaging in ad hominem. Our policy disagreements must be about the policy. Second, I said I wanted to be held accountable for always looking for common ground, even with people with whom I disagree with on 99 percent of the issues. The truth of the matter is if you can find the one percent, you can figure out a way to make it two or three or five.

Yes, we have a state that has extremely varied political subcultures but if our leaders set the tone of never demonizing people we disagree with and always looking for common ground, it would have a positive effect on the overall political culture. That’s our responsibility as elected officials.”