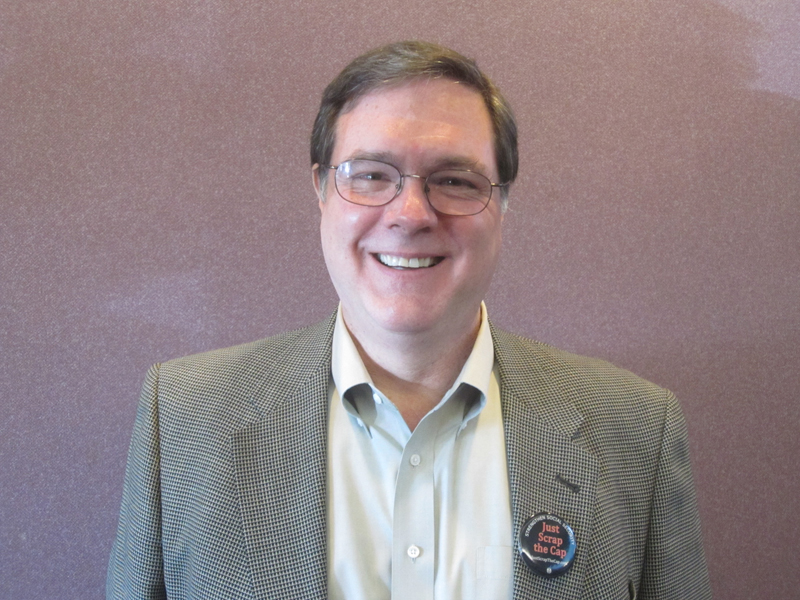 Q&A: Denny Heck looks ahead to his first term as Lieutenant Governor

Due to the pandemic, the Legislature voted today to adopt new rules that will make the rest of session virtual. Shortly before legislators commenced with the vote, I spoke with Heck about how he’ll manage the unique conditions of the upcoming session. We also discussed his agenda and what he’d like to see from the federal government now that he’s back in state government.

Michael Goldberg: Where were you this past Wednesday as riots ensued at the US Capitol and at the Governor’s Mansion?

Lt. Governor-Elect Denny Heck: I spent about half the day at our state Capitol. We were engaged in a Senate wide rehearsal operation by remote, and then I spent the rest of the day at my home. When we got done with our rehearsal – it was not interrupted while we were going through it for a couple of hours – that was when we were told we had to shelter in place because of what was happening next door at the Governor’s Mansion.”

MG: When we spoke back in April about your candidacy, you said that as a result of the pandemic, legislators needed to double down on their efforts to increase civility and fairness. As we speak, there is a protest at the state Capitol which was planned in response to the Legislature’s adoption of new rules to make the 2021 session virtual. How does the task of maintaining civility and fairness change in this virtual setting?

DH: I think that in an ordinary session when you’re in close quarters and the hours get long and you’re away from home, policy differences become pretty contentious and we almost always see difficulty hanging on to calmness and civility. When we operate remotely, I think the danger of that happening is even greater. People aren’t used to conducting business in this way; it’s the first time in our 131 years of statehood. I think people are going to potentially be very frustrated with the fact that operating remotely through this mechanism is going to be awkward, clumsy and a lot slower than normal.

My sermon for a couple of months has been: recalibrate your expectations about the volume of bills that you can pass. Legislators have been incredibly good about acknowledging that and affirming that. But when the rubber meets the road in March and their bill hasn’t gotten through, I think we’ll see a spike in frustration. So I think it’s even more important that I set a tone of calmness and patience, and that I bend over backwards to ensure that the minority is able to get their say. That’s a lot of what this is about. The majority has the vote, the minority has the right to dissent. They cannot feel as though operating remotely is being used as a means to thwart their chance to make known their differences.”

MG: What has your communication been like with Gov. Inslee? Have you talked in depth about how the two of you will work together over the course of your term?

DH: The last conversation we had was when I was participating on the conference calls focused on the state response to covid. We have had intermittent conversations since I decided to run and before I announced. I called him to let him know ahead of time and laid out what he could expect from me. In that regard, the most important is the basic thing, which is that he could trust me.

This is a more important question as it relates to governor and lieutenant governor than it is with any other statewide elected officials. What it means is that when the governor has to travel out of state, he can trust me. That’s been the recent history of Washington State and it’s a really important one to uphold that often isn’t discussed. The governor has to feel comfortable that the lieutenant governor isn’t going to be mischievous.”

MG: Back in April, you mentioned that improving trade relationships would be an aspect of post pandemic economic recovery that you would focus on. How are you thinking about Washington State’s standing with regard to trade and what you can do on that front?

DH: I want to observe that we have a real opportunity post January 20th to begin to restore America’s standing in the world, which is in tatters. I think we all have a role to play in that.

The work assignment through which I will be principally involved in is as the Chair of the bipartisan and bicameral Economic Development and International Relations Committee. There is also a tradition of the lieutenant governor being the unofficial liaison to the various consulates that are in Washington State.

As it relates to trade, I think people should focus on a smart three-dimensional approach. Being strong in the trade arena isn’t about getting on an airplane and going to the Paris Air Show. Being strong on trade is being smart at home. We can do this by having a transportation system that supports our producers, having a healthy port system, having a strong workforce system, and maintaining good relations with foreign governments who do have a presence in our state. There is also the occasional necessity to visit other countries and put our state’s best foot forward. I think we are way too inclined to believe that trade is about trade missions. It is about so much more.”

MG: Thinking more about economic recovery, what lessons from the Great Recession should legislators keep in mind this session?

Well the enduring lesson is you can’t cut your way to prosperity. Not only do you undermine vital public services which ends up costing us more, you directly contribute to a slowing of the recovery by increasing unemployment among public sector workers who provide those services. I don’t think there’s anyway that the Legislature will approach recovery the same way it did ten years ago. They didn’t have a sufficient number to solve it ten years ago and they clearly do this time.”

MG: You have said that you want to rebuild the state’s economy in a way that ensures prosperity is more broadly shared as it returns. Will Gov. Inslee’s proposed capital gains tax get that done?

DH: We don’t yet know where we are with respect to the budget for the next biennium. We’ve received a surprising string of positive revenue forecasts since we fell into recession. We won’t get the last one until March, and so we don’t really know what the deficit is, if there is one. Legislators are saying that they want to use the rainy day fund and I endorse that. There is no point in taking taxpayer money and locking it up in a savings account forever. You do it for a purpose, which is to buffer against downturns in the economy. Lord knows we are experiencing one among certain sectors.

I’d like to see the Legislature fashion a good capital gains tax, but it or may not be necessary to avoid having us cut the budget. That remains to be seen. What it will clearly do is help make the most regressive tax system in the United States less regressive. That is a good thing.”

MG: Shifting back to the federal government, what do you want to see during the first 100 days of the Biden Administration?

DH: I think they need to provide another major covid relief package. I’d like to see that package targeted. Clearly what we’ve experienced here is a K-shaped recovery unlike one we have ever seen before. General assistance is all fine and good, like the $2000 checks which I think they’ll pass right away. It’s also pretty expensive. One hopes that would have a positive impact on economic growth to the degree that people don’t just bank it. They need to spend it for it to be stimulative. I would like to see it be very targeted to the people that have been hurt the most. Restaurants have just been devastated. They should come into consideration for some targeted relief.

I would also like to see them take a giant step on a major American public infrastructure investment package. I have always believed that one of the chapters in the book that will eventually be written about Donald Trump will be entitled ‘The Greatest Missed Opportunity.’ He came into office having campaigned on infrastructure investment and immediately kicked it to the curb and made his top priority the highly divisive ACA repeal. I think there is underlying consensus in the Congress that we are operating at a significant infrastructure deficit and we need to up our game.”