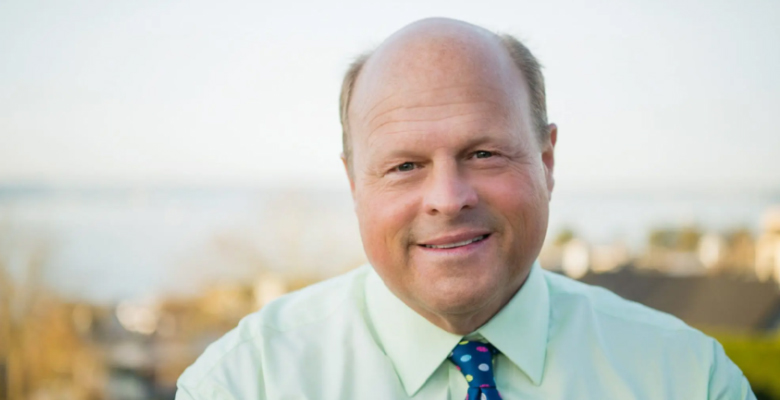 Art Langlie is one of the 15 candidates who have entered their name to be the next mayor of Seattle. Langlie is the grandson of former Seattle mayor and Washington’s first three-term governor, Arthur B. Langlie.

Langlie, the candidate, stated in a recent interview with the Washington State Wire that he has a difficult time recognizing Seattle as the same Seattle he grew up in. Langlie comes from a background in the construction industry, where he thrived in negotiating and building relationships, a skillset he looks to continue using in the public sector.

Ian Portmann: How do you feel your campaign stands with just under two weeks until the primaries?

Art Langlie: “I think the campaign has gone well. It’s quite rewarding to hear a lot of people in Seattle saying, ‘We need a new direction, we need somebody with a new look at this.’ I’ve just had a ton of people that have said, ‘Thank you for doing this, to bring some sanity back’. It’s been pretty uplifting to see that the people in Seattle really do care about the direction that we’re headed here.

With two weeks left, there’s been a couple of polls as to what’s going on with the numbers. But frankly, the big number that you see is people that are undecided. I’m not certain that these polls are that clear. I think it’s still a fluid situation.”

IP: What are some of the factors that drove you to run for mayor?

AL: “Well, for me, it’s having a difficult time recognizing the city I grew up in. I have been a fairly active observer, as well as being active in a lot of things in Seattle over the years, particularly in the social service environment. I’ve seen clearly over the last decade how things have deteriorated both in the way that we’re serving people but also the way we’re providing services as a city to our residents. [Seattle] has kind of turned into more of a political think tank, then what cities typically are, a service provider to those that live here. That includes good roads, good bridges, making sure the utilities are there, and we have public safety and things like that. That clearly has been declining.

When I was growing up, I heard the term Emerald City, and [Seattle] struggled through a few things. But as we came out of the 90s, Seattle was looking pretty good, we were thriving with a diverse economic basis here. It seems like we’ve kind of squandered a lot of all that into a lot of political think tank stuff rather than trying to be the best city we can.”

IP: What do you feel differentiates yourself and your campaign from other candidates?

AL: “I’m not a politician. With some exceptions, most of the folks that are in this race, are either continuing a political career or starting one that they expect to go somewhere else. My only objective here is to come in and fix the city that I love. I’m looking at the problems that we’re facing and looking at those only, not with an eye toward anything other than fixing Seattle’s issues.

You’ve got one that’s running, having been a city councilman for 12 years. I’m not quite sure what fresh ideas are coming given that longevity. One that’s currently the city council president. I don’t know if you like what you’re seeing. Do we want to add more of that? I don’t think so.”

IP: How do you feel your previous experience has prepared you for this position?

AL: “I’ve been in business in Seattle for 30 years building a lot of buildings downtown and other facilities. So I am a negotiator, I’m a bridge builder, and I’ve done that in the business world and I can do that in the public sector.

I’ve been on boards of everything from art funds, Salvation Army, and Fred Hutch. So I’ve worked with a lot of people, [and] I certainly know a lot about Seattle. I think I know the things that we need to do.

Seattle used to get together and talk about what the plan was, and then everybody would get behind one plan and move forward. Unfortunately, what we’ve had in the last decade or so is more of a cage match where people have forced you to choose sides. Then the fight that takes place becomes very acrimonious, so that any outcome ends up being problematic. We need to blow the whistle on cage matches and get back to a time where we can all work together to come up with solutions to problems and get them done.”