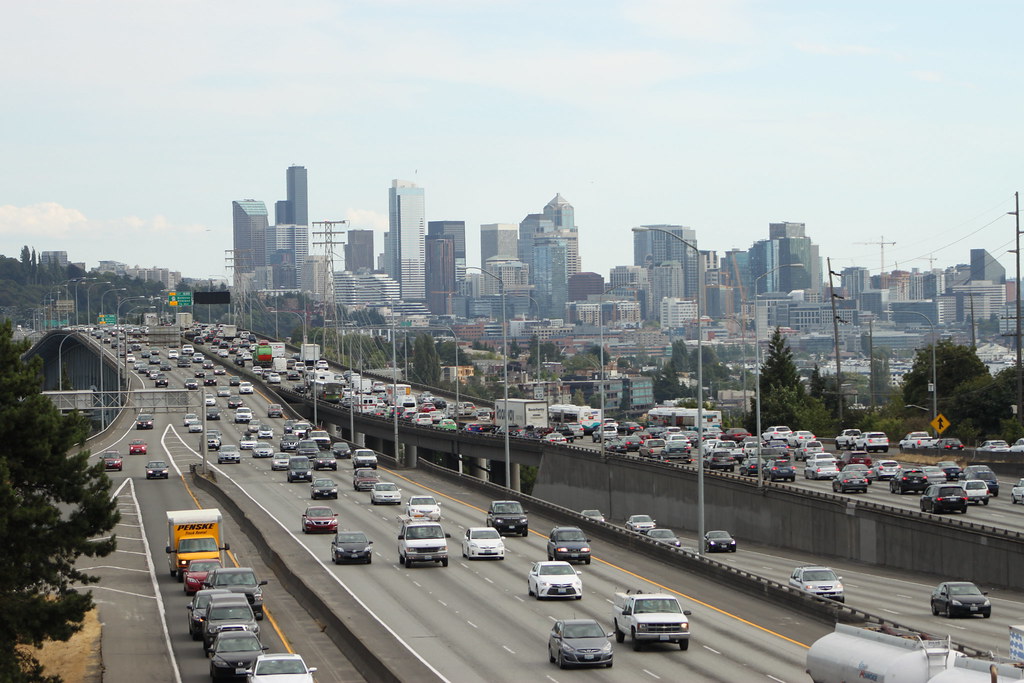 A Clean Fuel Standard is a rule enacted to reduce greenhouse gas pollution and address climate change through a system of deficit and credit trading that requires transportation fuels to become cleaner over time. According to the latest Department of Ecology report measuring statewide emissions by industry, transportation accounts for over 40% of the Puget Sound region’s greenhouse gas (GHG) pollution.

The Agency’s effort to promulgate a clean fuel standard comes after a bill to reduce greenhouse gas emissions associated with transportation fuels stalled in the 2019 legislative session.

Rep. Joe Fitzgibbon (D-34) told The Wire in June that lawmakers will push to get the bill across the finish line next session. Until then, PSCAA — whose jurisdiction covers King and Snohomish counties — will soldier forth with a policy initiative of their own.

The draft rule sets more ambitious emission reduction targets than the statewide bill, aiming for a 26% reduction in carbon intensity of transportation fuels by 2030, dwarfing the bill’s target of 10% before 2028.

The strategy for meeting reduction targets revolves around a system of deficit and credit trading wherein businesses can “opt-in” to generate credits when they substitute fuels with high carbon intensity (e.g. gasoline or diesel) for cleaner options like electricity or renewable natural gas. Other opt-in fuel options include alternative jet fuel, hydrogen, and renewable propane.

Entities that don’t have enough credits to compensate for their deficits can purchase credits from credit generators.

Transportation fuels proposed for regulation under the standard include gasoline, diesel, ethanol, renewable diesel, fossil natural gas, propane, and any blend of each. There are some applications of these fuels that qualify for an exemption from the standard, including interstate locomotives, ocean-going vessels, aircraft, military vehicles, and small volume fuel producers.

As defined by PSCAA, carbon intensity is the “amount of total carbon generated from the type of fuel used. It includes direct and indirect effects, such as land use changes that contribute to greenhouse gas emissions and includes the complete life-cycle of the fuel pathway (often called ‘wells to wheels’) from production to transportation to use.”

When it comes to reducing emissions, carbon intensity is a metric through which the climate impact of different fuels can be compared.

An increasingly broad coalition of supporters are lining up behind the proposal.

“The American Lung Association State of the Air 2019 report found that Seattle-Tacoma area faces some of the most difficult air pollution challenges in the United States, ranking among the ten most impacted by short term particle pollution…Transportation emissions and worsening air quality are directly linked to increased public health risks such as heart and lung disease, lost work days, and premature deaths.”

The Alliance of Automobile Manufacturers — an association of automobile manufacturers that represents 77% of all car and light truck sales in the United States — released the following statement in response to the draft:

“A concerted approach is the best way to move consumers and fleets to electric vehicles. So we look forward to seeing results of this effort, which we hope will help raise the visibility of electric vehicles, spur consumer confidence and increase investments in the many models on sale today.”

During the 2019 legislative session, Oregon Public Broadcasting reported that oil and gas industry lobbyists have issued warnings of drastic increases in fuel costs that could be brought to bear by a clean fuel standard.

Catherine Reheis-Boyd, Western States Petroleum Association president, said policymakers should be asking themselves four questions: “Does it protect the environment? Does it protect the economy, deal with those issues? Is it the right energy mix? And can it be sustainable such that communities still have upward mobility and chances to have good quality of life? And in that is, you’ve got to have an affordable, reliable fuel.”

California, Oregon, and British Columbia all have a clean fuel standard in place, making Washington unique among its West Coast counterparts in lacking such a regulation.

British Columbia was the first in the region to enact a clean fuel standard nearly a decade ago. On the economic impact of the standard, Ian Thompson, with Advanced Biofuels Canada, said the province hasn’t seen a drastic increase in fuel costs.

According to a timeline provided by PSCAA, a 90 day public comment period on the draft began on Wednesday. The agency said it will consider all public comments and consider action on a potential final rule no sooner than February 27, 2020.