Public weighs in on a simple majority for school-district bonds


Pursuing a simple majority for bonds was one of the top five recommendations from the Improving State Funding for School Construction Joint Legislative Task Force, which toured four school districts and held four meetings with stakeholders in the latter half of 2018.

Since the bill would require an amendment to the state constitution, it has to be approved by two-thirds of the lawmakers in each chamber. Additionally, a majority of voters have to approve the amendment in the next general election in order for it to take effect. A joint resolution to propose the amendment was heard alongside the bill Thursday.

In a Q&A before session began, Rep. Monica Stonier — the bill’s lead sponsor — told the Wire why she’d be introducing the bill.

“Schools are suffering from the lack of ability to pass bonds,” Stonier said. “We win our elections by 50 percent plus one, or lose them. And I think we should go back to the way the state was able to pass bonds in the past, which was a simple majority.”

Proponents of the bill who testified Thursday agreed with Stonier. Those testifying in favor included administrators from several Washington school districts, community members, and students. They shared stories of how the supermajority requirement has impacted their particular school or district.

“In 45 years, the Battle Ground School District has run 20 bond measures,” Cranke said. “Only six have passed in that 45 years. Only one of them passed the first time.”

Of the 14 that failed, Cranke said, 11 would’ve passed were the requirement a simple majority.

Wharton argued that the supermajority requirement has cost citizens in his district resources.

“In 2018, our bond yielded a 59 percent ‘yes’ vote, or 62 votes short of victory,” Wharton testified. “That bond would’ve cost our citizens $76 million, and it would’ve replaced two schools and remodeled a third. In 2019 — just this week — we passed a bond and that will cost our citizens $99 million and yield only two replacement schools.”

Two concerned citizens testified against the resolution that would make the bill possible. They voiced concern about voter control over tax increases and higher property taxes that could result from a simple majority requirement.

The bill has a fiscal note attached to it — in her testimony Thursday, Stonier mentioned that there may be an obstacle for the bill waiting in the Capital Budget Committee.

“I recognize that is a challenge that we will face,” Stonier said. “I still think it’s time to do it.”

In the other chamber, a similar bill from Sen. Lisa Wellman passed out of the Early Learning & K-12 Education Committee Wednesday with a “do pass” recommendation, along with a joint resolution.

Sen. Mark Mullet also introduced a bill and resolution that would move the requirement to a 55 percent majority, rather than 60 percent. Those were both passed out of committee Wednesday, as well.

Stonier has said that she’d be open to alternatives like Mullet’s bill. In our interview before session started, she said that, while she was “holding fast in fighting for a simple majority” at the time, she was open to working with her colleagues to “move the needle” rather than go so far as a simple majority in order to get votes if needed.

Stonier’s bill is scheduled for executive session next week, ahead of the first cut-off. 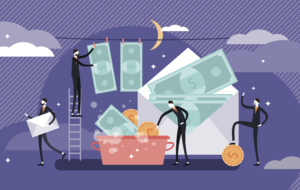 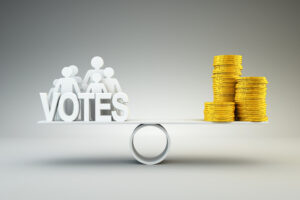