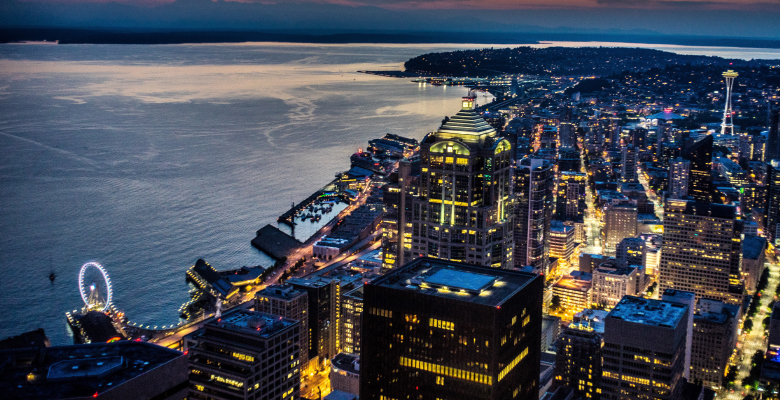 The Northwest Progressive Institute has released additional poll results on Seattle voters’ top concerns, and their opinion on a charter amendment on homelessness.

Topping the list of concerns for Seattle voters is homelessness, with 68% of poll respondents saying fixing homelessness was the highest priority they wanted the next mayor to address.

By the 2020 Point-in-Time Count — a similar counting process with a different name — the number of people experiencing homelessness in King county had risen to 11,751.

The poll results note that since the people polled lived in Seattle, they largely identified as Democrats. Many comments in the poll results voiced support for rapidly expanding supportive services, shelter and affordable housing, as well as moving funding from police to social services.

Republican respondents disagreed on how the city should respond, with some in the poll stating there should be more police and more vigorous prosecution of people charged with crimes. Independents who responded to the poll generally emphasized that they want solutions, as opposed to actions like sweeping and dismantling homeless encampments.

The Northwest Progressive Institute commented on the poll results:

“The bottom line? Regardless of age, party affiliation, gender, or race, Seattleites really, really want their next mayor to make addressing homelessness and public safety in the city their top priorities. There is a strong desire for results over rhetoric. While respondents diverge on how to get there, they are in agreement that there needs to be action. What the city has done to date just isn’t sufficient.”

Other top concerns include police reform in the form of defunding, demilitarizing or changing the nature of policing, which 18% of poll respondents said they were interested in; improving public safety and tacking crime with 17% of respondents; bringing down housing costs through rent control and other means at 13%; and supporting police by increasing funding and deploying more officers with 10% of respondents.

Seattle voters will also be asked whether to approve Charter Amendment 29 on the November general election ballot. The charter amendment has been proposed and promoted by a coalition called Compassion Seattle, which has received support from a range of business organizations.

“Ultimately, [Charter Amendment] 29 is the plan that is needed to solve this crisis, and it requires our city to be transparent about progress and setbacks for it to be successful,” the Compassion Seattle campaign said in a press release to the Northwest Progressive Institute. “As the campaign to approve the Charter Amendment begins, we urge all of Seattle to work together to solve this human crisis and not continue to politicize it.”

The charter amendment would require the city to provide 2,000 housing units within one year, and waive land use regulations for units during declared emergencies, adopt homeless policies and fund behavioral health services, dedicate a  minimum of 12% of annual general fund revenue to homelessness and human services, and balance keeping public spaces clear of encampments with avoiding harming people.

The charter amendment is opposed by House Our Neighbors, a coalition that believes the measure has fatal flaws and would give housing developers and corporations even more power in Seattle.

“[Charter Amendment] 29 includes no new solutions, no new funding, and codifies the forced removal of our unhoused neighbors into the city charter,” Tiffani McCoy, advocacy director for Real Change News, and an organizer with House Our Neighbors, told the Northwest Progressive Institute. “Their amendment, if passed, would already fail our unhoused neighbors. It does absolutely nothing for fifty percent of those currently living outside, and does nothing to deter the inflow of homelessness. It’s an empty promise to end homelessness and it sensationalizes our most vulnerable for political gain.”

The American Civil Liberties Union of Washington also came out against Charter Amendment 29, saying it would increase sweeps of homeless encampments, a charge which Compassion Seattle says is incorrect.

Poll results from the Northwest Progressive Institute show that 61% of Seattle voters surveyed said they would support the charter amendment, while 23% would vote to reject it and 16% were undecided.

The Northwest Progressive Institute previously released poll results on the Seattle mayoral race, along with results on two city council positions and the city attorney race, which can be read here.