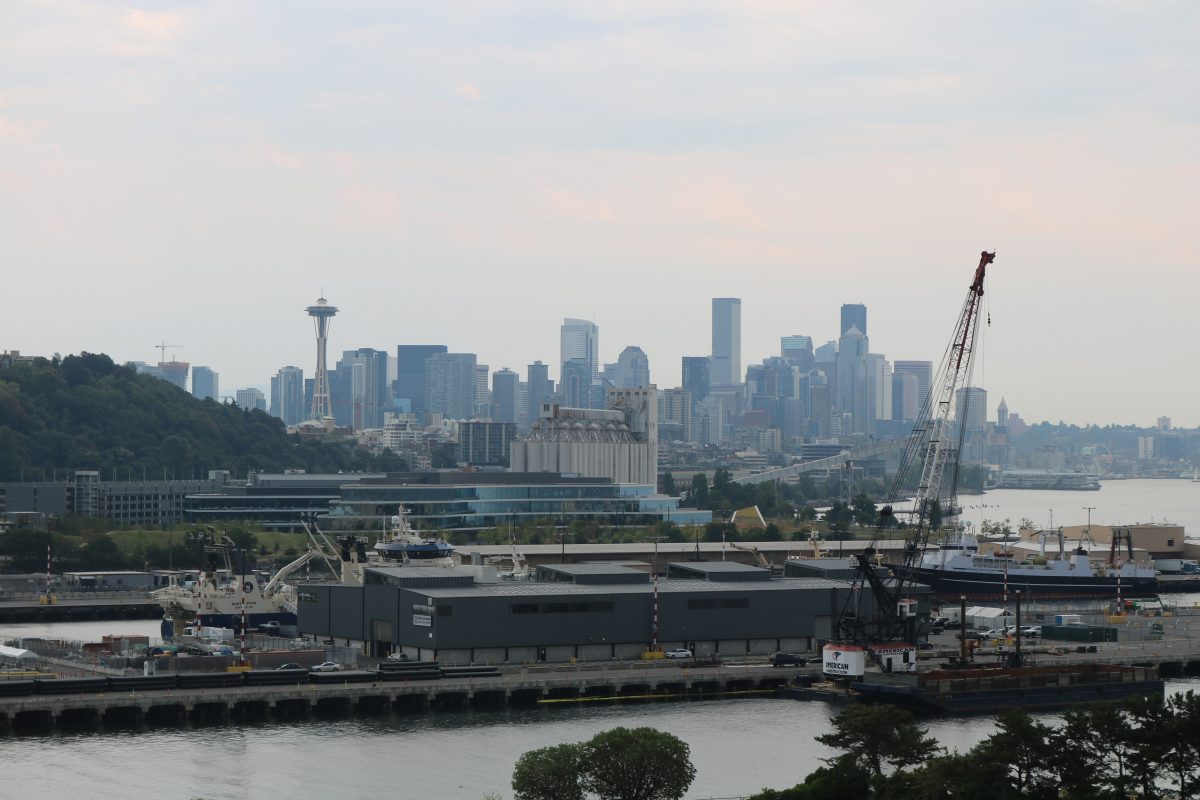 New polling from the Northwest Progressive Institute sheds light on voter attitudes ahead of the Nov. 2 general election, which will see Seattle elect a new mayor, two city council members and a city attorney.

The poll shows Bruce Harrell with a 16-point lead over Lorena González in the Seattle mayoral race.

Harrell is a former city council member, and is running against current council President González. The poll found that 48% of the 617 likely voters said they would cast their ballot for Harrell, while 32% said they were voting for González, and 18% said they weren’t sure.

The results of the poll indicate that voters are consolidating around Harrell, who received 34% of the primary vote compared to González’ 32%. The NPI analysis said their data suggests Harrell has improved his position, and is favored to win in November.

Harrell has generally been favored more by business organizations, several IBEW locals, and secured a Seattle Times endorsement, while González is backed by Democratic district organizations, UFCW local 21, and has been endorsed by The Stranger.

Andrew Villeneuve, director of the NPI, said in previous coverage by the Wire that Harrell has billed himself as an agent of change, but one who is pitching a steady approach to major issues. González is pitching bolder action, and the fact that she’s a current city hall insider.

In the race for city attorney, Ann Davison has a commanding lead with 43% of voters supporting her, compared to Nicole Thomas-Kennedy’s 24%. However, 30% of voters were still undecided. Thomas-Kennedy is running on an abolitionist platform and promising to refocus the office from prosecuting misdemeanor crimes to addressing upstream causes like poverty and homelessness by going after wage theft, corporate landlords and oil companies.

Davison in contrast has staked out the conservative corner, with her campaign taking issue with Seattle police officers leaving, blaming it partially on an adversarial relationship between the department and the city attorney’s office. After losing in a 2019 Seattle City Council race, Davison declared herself a Republican and ran for Lieutenant Governor as one. She states she voted for Biden in the last presidential election.

Thomas-Kennedy secured more than 36% of the vote in the August primary, beating out incumbent Pete Holmes and Davison, who won less than 33% of the vote. In recent weeks, Thomas-Kennedy has come under fire for tweets she made before becoming a candidate.

NPI states that in a more conventional election, Davison would likely be unelectable in Seattle, but this race is unusual, and Thomas-Kennedy is running as an abolitionist instead of relying on branding herself as a progressive Democrat.

“That choice of brand, combined with Thomas-Kennedy’s much-criticized Twitter archive, seems to have opened the door for Davison with Democratic and progressive voters. Our team thinks it’s significant that voters of color prefer Davison by a more than two-to-one margin (44% for Davison, 21% for Thomas-Kennedy, 34% not sure) and voters in three of our four age brackets,” NPI wrote.

In the city council Pos. 8 race, incumbent Teresa Mosqueda is in the lead with 39%, compared to challenger Kenneth Wilson’s 31%. Wilson’s campaign had a surprise surge in the August primary, going from polling at 1% in a July survey to earning 16% of the primary vote.

In Pos. 9, Sara Nelson was four points ahead of Nikkita Oliver, leading 41% to 37%. In this race though 21% of voters said they were not sure who they were voting for. NPI wrote that the lead mirrors that seen in the primary, where Nelson was ahead, but ballots that arrived later swung the election in Oliver’s favor, putting them in the lead and ultimately beating Nelson.