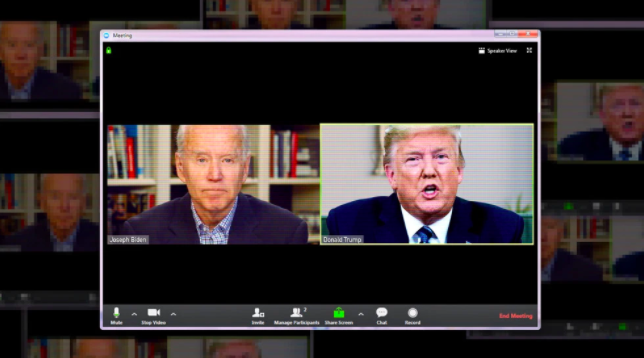 Political strategists weigh in on campaigning during COVID-19

With the statewide “Stay Home, Stay Healthy” order extended until May 4th—with the chance of another extension not unlikely—it has become clear that political campaigns will need to get creative.

Primary elections in Washington State are scheduled for August 4th and the national general election will follow on November 3rd.

Where campaigns would normally be seeking to ride the political tailwinds of the primary season to wider name recognition, the headwinds of a global public health pandemic threaten to blunt the momentum of candidates still introducing themselves to the public.

Furthermore, how are candidates adjusting frameworks for message development and campaign infrastructure that were designed in a pre-COVID-19 world?

I reached out to a few Washington State-based political strategists for their thoughts on how campaigns can continue doing the work of politics during these uncertain times.

How would you advice candidates to approach campaigning as the COVID-19 outbreak drags on?

Ben Anderstone, Partner, Progressive Strategies NW: One thing is certain: a day in campaign life will look a lot different. The average campaign spends most of its time on door-to-door canvassing, fundraising events, events and interviews, and those things simply won’t happen for months. Some of them may not happen through November. Fundraising and candidate interviews can be done over the phone, but it’s impossible to match the power of boots on the ground. Door-to-door conversations convert voters faster than any campaign mail or digital ad can.  Still, campaigns will need to reach out to voters and volunteers, so expect an increase in phone calls and text messages as the election approaches.

The second-order answer is even more important: there’s a lot we don’t know.  How are voters going to feel about a candidate knocking on their doors in November?  What about the many voters who are older or sick? Will young, healthy volunteers feel confident they can go door-to-door without undue risk?   As much as we’re learning day-by-day, anyone selling a confident vision of campaigning in fall is out way over their skis.  In fact, anyone who’s selling a confident vision of campaigning in June is.”

Collin Jergens, Director of Communications, Fuse Washington: First off, everyone needs to take care of themselves and stay safe. Campaigns can get very personal and competitive, but the most important thing is to follow the recommendations of local elected officials and public health experts.

Candidates can still do the two most important things in campaigning – talking to voters and fundraising – remotely. While these will be more challenging without holding in-person fundraisers or knocking on doors, candidates can still achieve their goals through phone, email, physical mail, text, digital ads, and video gatherings. The technology behind many of these campaign tools – especially texting – has improved significantly in recent years, making this transition somewhat easier.”

John Wyble, Principal, WinPower Strategies: Candidates are going through the same challenges as everyone else. I’ve been telling them to send out the public health information because that’s helpful to get out there but to also relay how this is affecting them and their family.

The average elected official is not making public health decisions. They are impacted by them. They should talk about how they are getting through this.”

How does a campaign’s message need to adapt to suit digital organizing vs door-to-door canvassing?

Anderstone: While I’d never tell a candidate to change their core message or personality based on a medium, the medium has a big effect on how information is conveyed.  Door-to-door canvassing is intimate, conversational, and great for gentle persuasion. A lot of campaigns will be switching those efforts to phones. With phones, the interactions tend to be more businesslike and are less likely to get into depth.  Campaigns are looking to make a connection, convey a few pieces of information, and ideally get the voter’s commitment. That interaction won’t be new — voters are mostly used to phone calls — but it will now be the dominant way to connect with political campaigns.”

Jergens: We’ve had to quickly adapt our messaging to acknowledge the new reality in which we live. Since late February, we’ve seen that messages or issues unrelated to the pandemic have fallen flat, particularly on social media. We’ve pivoted to providing opportunities for activists to make their voice heard on newly urgent issues like paid sick leave and nationwide vote by mail.

We’ve already seen success ramping up our relational organizing efforts during the pandemic. Since we can’t knock on the doors of strangers, it’s even more important to organize activists to reach out to their friends and family with calls, video chats, and even handwritten letters.

I think it’s especially important to focus on unifying messages during this crisis. This is a moment that we must stand united across our differences and reject anyone who seeks to divide us.”

Wyble: Candidates need to start by relating. I do think there is a place for talking about having the right kind of leaders when we face a crisis but start with connecting first.”

Do you think the pandemic and its policy implications will cause candidates to reconsider some of their political positions, even if the outbreak subsides considerably before the primary and/or the general election?

Anderstone: I’m telling candidates, no matter what they’re running for, to have a rock-solid understanding of where their office fits into crisis management.  This is not a time for candidates to say, “well, that’s not really a City Council issue.” People are worried, and they will expect all hands on deck — and rightfully so.

On entrenched policy debates?  I wouldn’t expect tons of epiphanies.  Many candidates will be doing some personal introspection and re-prioritizing.  However, if you’re a Sanders person, you’re likely to see this as showering the failure and iniquities of our healthcare system.  If you’re a Biden person, you’re likely to think that this is a time for non-ideological leadership and stability. And, unless Trump impulsively endorses Medicare For All during a press conference, I wouldn’t expect GOP rank-and-file to change their views from this.”

Jergens: State and local governments are likely to face huge budget deficits in the coming months as we come to understand the depth of the economic fallout. At the same time, the demand for services may reach unprecedented levels. I believe many candidates will be open to new ways to make the wealthy and profitable corporations pay their share in taxes in order to avoid harsh austerity budgets. Now is the moment to invest in our communities, not cut back.”

Jamie Housen, Associate, NWP Consulting: I am not sure whether candidates will change existing policy positions because of COVID19, but I’m certain it will require them to consider changing their messaging – how they talk about healthcare, how they prioritize healthcare, and how often they talk specifically about COVID-19 and its economic aftermath. This is also true on social media and fundraising as well – it’s a difficult line to walk. Candidates and campaigns are trying to strike the right tone and balance between sharing COVID19 resources, asking for money, and highlighting any other issues or accomplishments relevant to the campaign but unrelated to COVID19.”

How are campaigns (particularly those who rely on grassroots donations) fundraising during this period? If they aren’t asking for donations at all, what financial steps are being taken to ensure the campaign has a path forward?

Anderstone: There will certainly be fewer fundraising events, but most local candidates raise most of their money through phone calls.  Because of that, fundraising might be the least-changed thing. I expect giving will probably be hit by the worsened economy and the lack of person-to-person contact, but with Trump on the ballot, I expect progressive donors to be fairly energized.  There is a lot of change and uncertainty in campaigns, but, for better or worse, the money tree is perennial.”

Jergens: Grassroots fundraising is definitely a challenge right now. Elected officials dealing with the pandemic have largely stopped fundraising to focus all their attention on the crisis. Other incumbents have switched to check-in calls with their donors to maintain the relationship rather than making direct asks. First-time candidates often don’t have as many of those existing relationships and many of them are struggling.”

How will campaigns utilize digital technology to offset the limitations imposed by social distancing restrictions?

Anderstone: There will definitely be increasing use of online volunteer tools. Campaigns now have web platforms that volunteers can use to make texts or calls from the comfort of their own homes.  Campaign staff can even monitor their progress in real-time. These have been around for years, but not all campaigns use them to their full potential. They’ll need to change that.”

Housen: Rep. Beth Doglio, candidate for Congress in WA10, had a “virtual” campaign launch that led into a volunteering opportunity in order to engage supporters, reach voters, and protect the community’s health in place of a physical gathering and canvassing session. Other campaigns have done similarly innovative digital things, and I think campaigns will continue to look for creative online opportunities to capitalize on their supporters’ enthusiasm, so long as the Stay at Home order is in place and rallies or physical gatherings are not possible.”

The responses above have been edited for clarity and length.