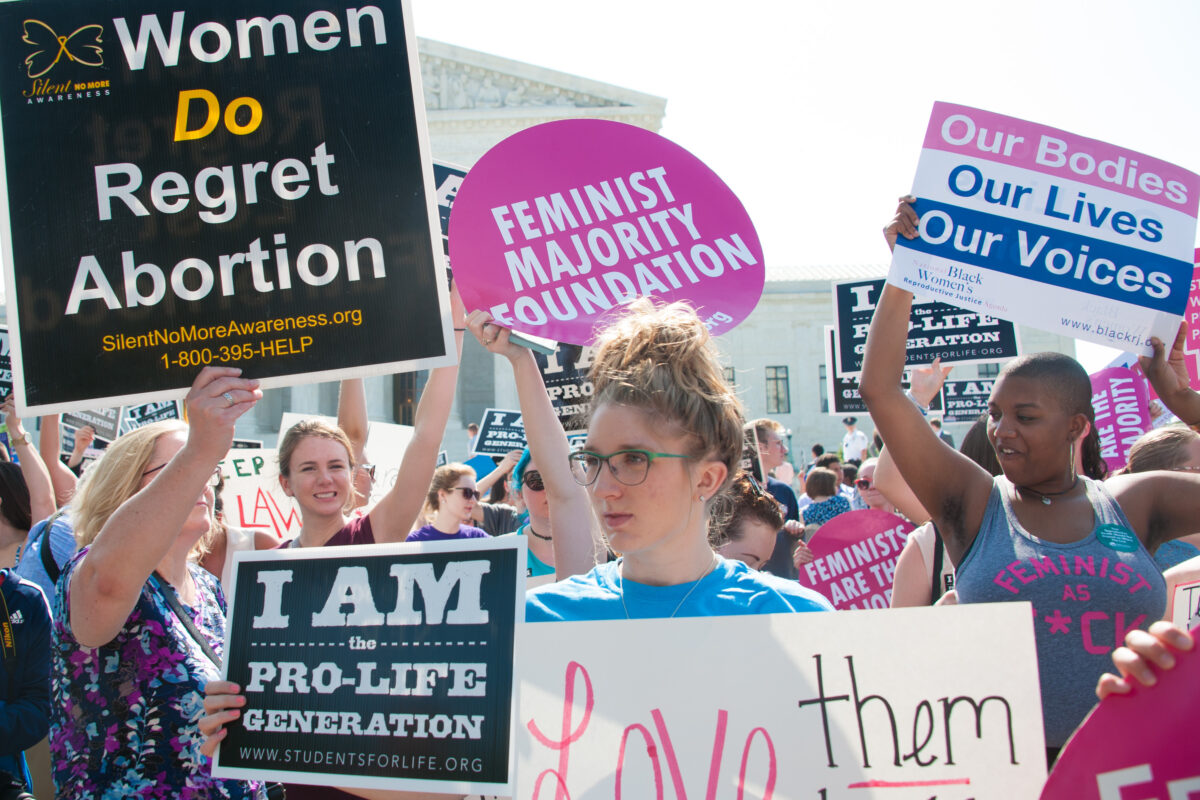 Assuming Politico’s blockbuster scoop¹ on the Big Supremes’ upcoming ruling striking down Roe v. Wade stands up, not that much actually changes on the ground in Washington. The state’s voters backed abortion rights way back in 1970 and again in 1991. The Legislature passed a bill strengthening them this year.

Even if abortion opponents could somehow wrest both chambers of the Legislature and the governor’s mansion away from the Democrats, any state limitation on abortion would swiftly wind up before the voters.

But that won’t stop folks from politicking about it. The issue is so politically potent that it’s likely to play out in interesting ways in this year’s campaign season. Let’s look ahead to this year’s primary and general elections and do a little prognostication.

It helps Patty Murray (not that she needs it)

Traditionally, U.S. Senate elections have been the battleground on abortion rights because of the Senate’s role in confirming Supreme Court justices. That has helped doom Republican Senate candidates here since incumbent GOP Sen. Slade Gorton lost to Maria Cantwell 22 years ago.

Erstwhile Murray opponent Tiffany Smiley rather clumsily attempted a version of the Dino Rossi Finesse² on abortion in Jim Brunner’s profile. If the Big Supremes throw this issue to Congress and state Legislatures, it will likely drive big turnout among aggrieved progressives in greater Seattle, helping Murray cruise to another term.

Smiley was going to lose anyway; her reason to exist is to make Murray spend her war chest here instead of shipping cash to Democrats in closer races elsewhere.

It makes the primary in the 8th District more interesting

Getting either a federal abortion ban or national protections for abortion rights through Congress would be enormously difficult, but striking down Roe v. Wade would still make the issue the centerpiece of close races for the U.S. House.

There’s a real divide on this issue among the Republicans vying for the chance to take on Democratic incumbent U.S. Rep. Kim Schrier in the 8th District, which stretches from the suburbs of Snohomish, King, and Pierce counties across the mountains to Kittitas and Chelan counties.

Reagan Dunn, the King County council member running to reclaim the seat formerly held by his mother, the late Rep. Jennifer Dunn, is pro-abortion rights just like mom was. Matt Larkin, who lost a bid for attorney general last year, is on the other side of the issue and bills himself as the true conservative in the race. The prospect of federal legislation banning abortion might motivate GOP primary voters to back Larkin.

This might create a disadvantage for Republicans, who want to oust Schrier with a campaign focused on high inflation and $5 gas. In the context of a dismantled Roe v. Wade, an anti-abortion candidate in November would make that a tougher sell among swing voters in the suburban part of the district.

Will it draw a stronger Democrat into the 3rd District?

Incumbent U.S. Rep. Jaime Herrera Beutler, an opponent of abortion, fended off Democrat Carolyn Long in 2018 and 2020. This year her problems are all from the right, with two challengers coming after her over her vote to impeach Donald Trump for the Jan. 6 insurrection at the U.S. Capitol.

The Democrats are basically taking a pass; two unknowns are running and they’ve raised very little money. The Southwest Washington district includes the Democratic stronghold of downtown Vancouver, but the rest of it has grown redder in recent years.

But if you buy the idea that voters who care about abortion rights will be fired up to vote for Democrats, it’ll be interesting to see if someone more prominent jumps into the race. Filing Week starts May 16.

It gives vulnerable Democrats in the Legislature a hot-button issue

Majority Democrats in the state House and Senate had been bracing for a tough year as COVID-cranky voters look to take out their frustrations about the aforementioned high inflation and $5 gas, homelessness, crime, and other issues.

Now they’ll be looking to use the Roe v. Wade ruling to fire up marginal Democratic voters who might normally sit out an election without the governor or the president at the top of the ballot. Our inbox has been filling up with campaign messaging riffing on the issue since the story broke.

Here’s an example from the social-media feed of first-term Sen. Emily Randall, D-Bremerton, who’s looking to defend her Kitsap Peninsula district against state Rep. Jesse Young, R-Gig Harbor, one of the biggest opponents of abortion in the Legislature.

1 Getting the U.S. Supreme Court to spring a leak is some serious beat-reporting game. Brilliant execution of the fine art of using ax-grinding among the players on your beat to break news.

2 In his 2004 gubernatorial campaign, Rossi tiptoed a narrow path on this issue, saying he was personally opposed while acknowledging the issue had been settled on the field in Washington. It almost worked that year. It didn’t work at all against Murray in 2010.