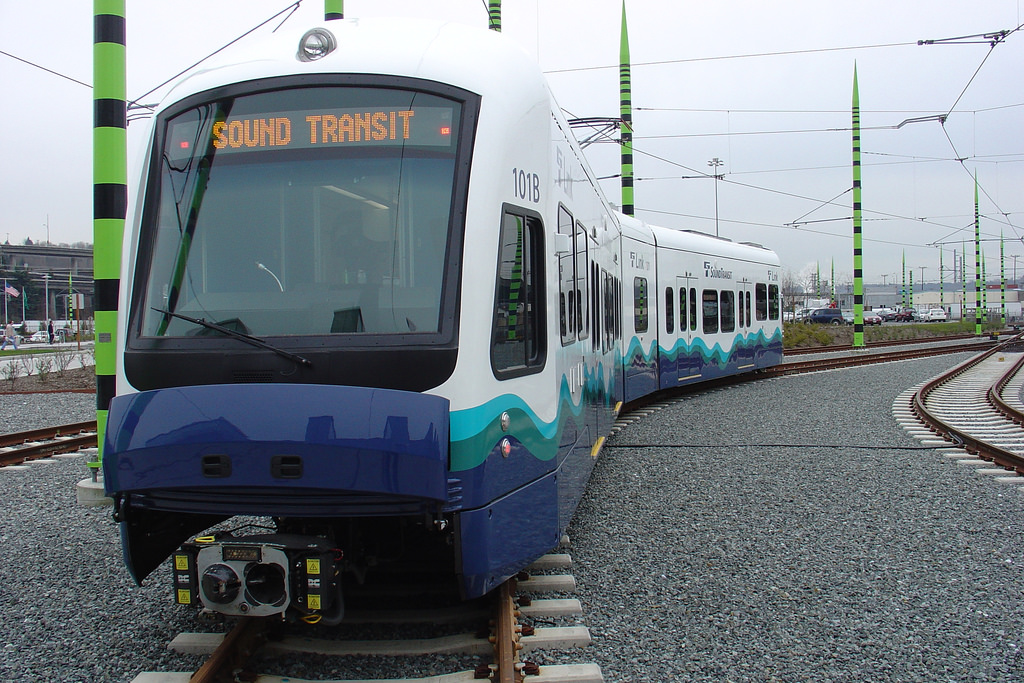 Money may not buy happiness, but a giant pile of cash can apparently buy a way out of the cumbersome process of coming to a bipartisan agreement on how to improve the state’s transportation system.

That process has traditionally relied on the state issuing bonds backed by revenue from the gas tax and other sources. Bonds — putting the state in debt — require a supermajority of the Legislature and thus votes from minority Republicans.

But a unique confluence of new sources of money for roads, ferries, transit, and other modes of transportation is allowing majority Democrats to toss out that system and pay for the plan without issuing debt. 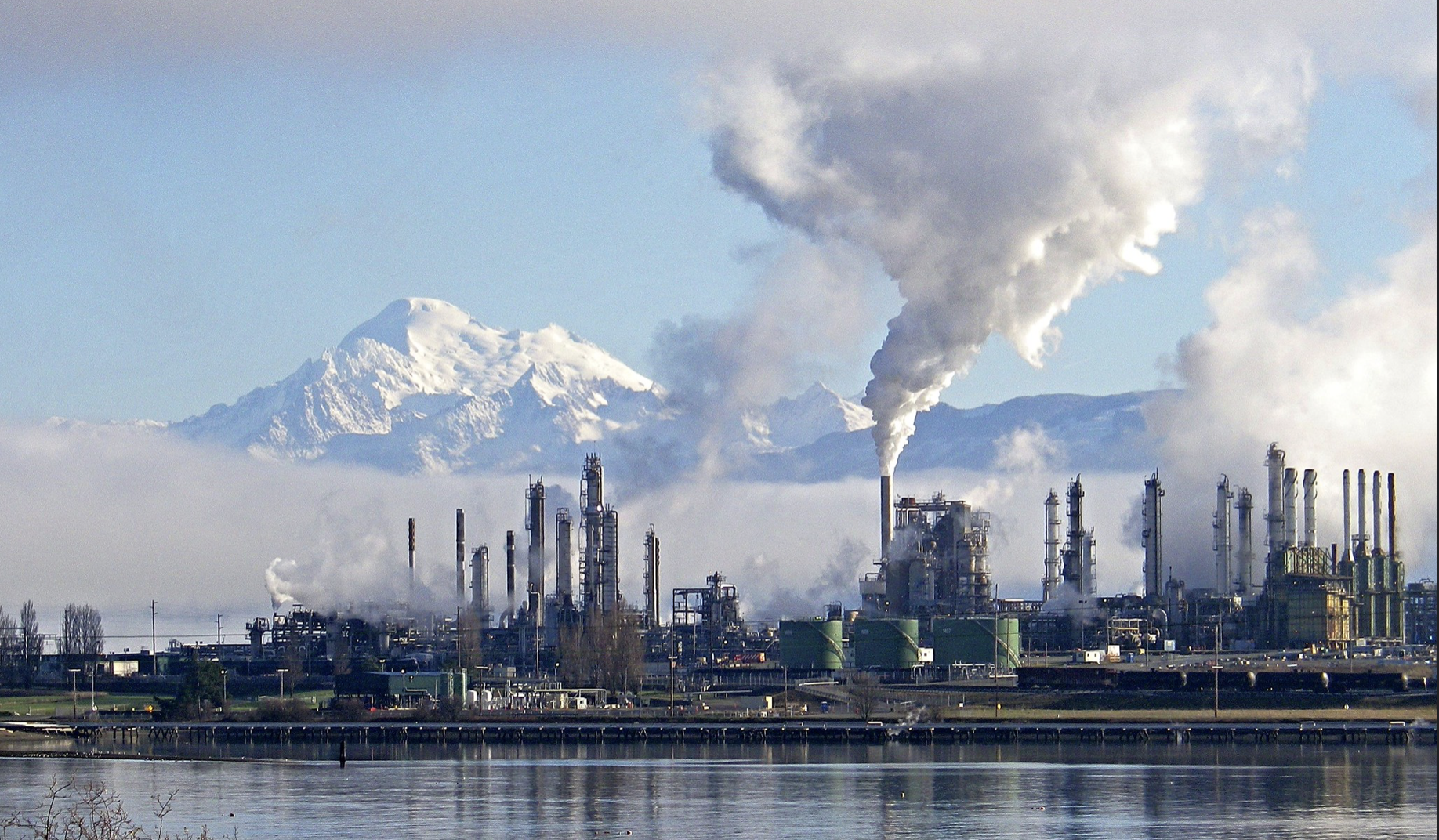 One of the Anacortes refineries with Mount Baker in the background. You can think of the stack as belching money for green transportation projects.

The $16.8 billion, 16-year  transportation package rolled out by Democrats on Tuesday includes $5.4 billion from the Climate Commitment Act, the state’s new cap-and-trade system for major producers of carbon emissions. That law was specifically written to direct significant money toward reducing the carbon footprint of the state’s transportation system.

The package also includes $3.4 billion in new federal infrastructure money and a highly unusual $2 billion subsidy from the state’s general fund, which doesn’t normally get tapped for this kind of spending. The general fund is flush from that other big influx of federal money, the COVID aid we like to think of as Uncle Joe’s Pile of Cash (UJPoC).

One thing that’s missing is a boost to the gas tax — at least for Washingtonians. We’ll get back to that in the next item.

With no need to court Republican votes, Democratic transportation leaders wrote a spending plan much more focused on transit and non-driving forms of transportation than previous plans. There’s $3 billion for transit and more than $1.2 billion for projects and programs aimed at pedestrians and bicyclists. That’s possible in part because of the smaller reliance on gas tax money, which can only be spent on highways and the vehicle-hauling aspects of the ferry system.

There’s also around $1.5 billion for the ferry system, including $400 million from the cap-and-trade money to begin electrifying that fleet, which has a huge carbon footprint.

That’s not to say there isn’t plenty of asphalt. Replacing the Interstate 5 bridge over the Columbia River is down for $1 billion, widening State Route 18 in East King County gets $640 million, and the U.S. Highway 2 trestle in Snohomish County gets $210 million. Those projects are essential for nailing down the last few votes if the package is going to pass.

We mention Highway 2 because it’s something of a symbol of the way things used to work. The trestle was the pet project of former Transportation Committee Chair Steve Hobbs, one of the architects of the last bipartisan transportation package. That plan included the infamous “poison pill” provision blocking that effectively blocked the state from imposing a low-carbon fuel standard until last year.

Hobbs, you’ll remember, was recently elevated to Secretary of State by Gov. Jay Inslee in a deft piece of realpolitik that removed the Snohomish County moderate as chair of the committee. One of the consequences of that move was the ascension of Sen. Marko Liias to the chair of Transportation. Liias, D-Edmonds, is much more aligned with the progressive wing of the caucus.

When asked about the one-party nature of the plan on Tuesday, Liias smiled and noted that no Republican cast a vote in favor of the Climate Commitment Act last year.

A gas tax increase, but for Oregon, Idaho, etc

If you’re filling up in Washington State, the Legislature’s proposed transportation plan won’t cost you any extra in gas taxes. But should you take advantage of the Oregon luxury of sitting in your car while somebody else pumps the petrol, it’s going to cost you.

That’s because the plan assumes a new tax on fuel exported from Washington’s five refineries. Those plants — two in Anacortes, two at Cherry Point in Whatcom County, one in Tacoma — produce nearly all of the fuel consumed in the Pacific Northwest.

The plan assumes the 6-cent tax will raise some $2 billion over the 16-year plan. T