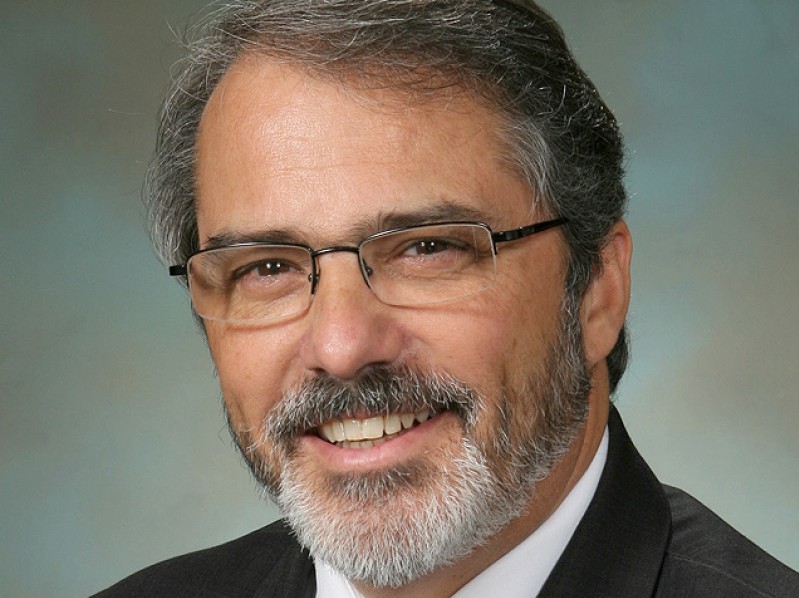 Who Gets the Keys? – No Rule Governs Transition When a Coalition Takes Over 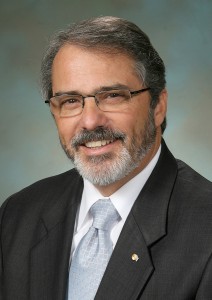 OLYMPIA, Dec. 24.—A meeting is set now for Friday as Lt. Gov. Brad Owen attempts to broker a deal under which Democrats might hand over the keys to the Senate.

Owen tells Washington State Wire the sit-down is tentatively set for the morning of Dec. 28 between leaders of the Senate Democratic Caucus, who technically have the most members in the Legislature’s upper chamber, and the new Majority Coalition Caucus, which is poised to take control when the Senate opens for business Jan. 14. All 23 Republicans and two Democrats have signed a letter saying they will vote for new leadership when the Legislature convenes – and that means the coalition will have a 25-24 advantage.

It’s a big deal at the statehouse: The session is right around the corner. There are offices to assign, committee schedules to adopt, and staff positions to fill. And still unsettled is whether the Democrats will cooperate in some sort of a power-sharing arrangement. The trouble is, Owen says, there is no rule providing for the orderly handover of power to a coalition majority before a session begins. And so, if nothing changes, the Senate might not even start to sort out organizational questions until opening day – meaning delays and big headaches for legislative staff.

“We need to get both sides to recognize what their roles are in this thing, that this is going to happen and that we need to make it work as smoothly as possible,” he said.

You might say that members of the Senate Democratic Caucus have failed to express any joy over the New Senate Order. But they were the ones that asked Owen to step in and put together a deal. Meanwhile, members of the new coalition majority say they are eager for talks to begin.

Who Gets the Keys? 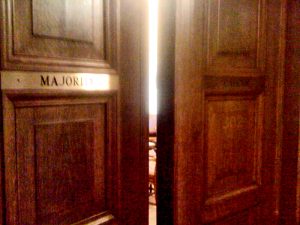 Doors say ‘Majority Caucus” — no new signage will be needed.

In a chamber of rules and laws and traditions, matters of form are most compelling. There are critical questions involved, like who gets the corner office? But for all the talk about that issue, there are plenty of others everyone concedes are more important, like getting ready for business. Normally what governs here are the Senate Rules – the list of procedures that are adopted by the Senate on the opening day of a legislative session, and which seldom change from one year to the next. The current version contains 69 rules governing the organization of the chamber and the way it does business. Rule 8 is supposed to provide for the orderly handoff of management functions to the “majority caucus” when the power shifts – but the whole thing is a bit sketchy. Nowhere does it define the term “majority.”

Owen is the presiding officer in the Senate, and so the question falls to him. Twenty-five signatures on a letter doesn’t cut it, he says. Either there has to be an agreement between the two caucuses or an actual vote, which can’t happen until the Senate actually convenes Jan. 14. Until then Owen says  the Democrats are in charge.

That’s because Owen says the Senate has to follow tradition if there is no rule that says otherwise. Tradition is that the majority caucus is composed of the party that has the most members. The rules “don’t recognize a coalition majority,” Owen says. “That’s the way I read it right now. And that is why I said to [Senate Democratic Leader Ed] Murray and I said to everybody, until you rewrite the rules and clarify them, I’m going to recognize the Democrats as the majority and the Republicans as the minority.

“However, in practicality, if that is the right word, we must recognize that there is a new majority that has been developed – it just doesn’t have the rules defining it yet. We still need to be big enough to work from the standpoint that the coalition is going to be the new majority.”

Owen says he hopes he can broker an agreement that will allow the organization of the Senate to proceed. 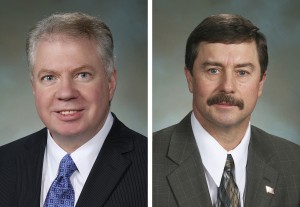 Right now the boxes are packed and members are getting set to trundle their belongings from their old offices to their new ones. Everyone basically knows where they are going, but they can’t do a thing about it until they have a green light. “At this point it seems pretty obvious,” says Sen. Mike Padden, R-Spokane, whose office is all boxed up and ready to go. If nothing happens before session begins, “it’s going to make it more difficult to get business done and we’ll start slower – though some people might say that’s a good thing.”

It sounds as though the toughest decision is already made – who gets bumped from the Senate floor. The parameters are pretty well dictated by the floor plan adopted by the architects of Washington state’s vintage-1928 Capitol. The majority caucus gets two offices and the minority gets two. Normally that means the party leader and the caucus chair. But there’s a new office involved in this coalition, a majority leader as well as a Republican leader. So what is involved is an enormous shakeup akin to a shift in the earth’s magnetic pole – someone has to give.

But it sounds like that question is already decided. Murray, D-Seattle, says he doesn’t need an office on the Senate floor. He says he plans to take the smallest office in the Cherberg Building across the street. He told Washington State Wire last week that it is one way of showing the state that a prestigious office doesn’t matter a whit — and might be seen as a rather symbolic statement at that. The majority leader’s office, the nicest of the bunch with that corner view, will go to Rodney Tom, D-Bellevue, the new majority-leader designee. At least that much seems to be decided.

Not Really About Office Space

“The issue isn’t the size of the office or the location of the office,” says Senate Republican Leader Mark Schoesler, R-Ritzville. “It is the just the ability to make a transition in a smooth, orderly way. Which office I get is not that important. What is important is that we do this in a timely manner.”

Schoesler, first elected to the House in 1992, has seen plenty of transitions in his time. Normally when there is a transition the previous majority party hands over the reins of management right after the organizational caucuses in late November and early December. That leaves plenty of time to establish schedules for committees, hire committee staff, beef up partisan staff or reduce it as need be. “It is pretty much a routine function of the Legislature to have that type of transition, and it is not about how big your office is.”

Says Tom, “One of the great things about America is that we have always had smooth transitions, and you expect the same here in Washington state, certainly in the Senate where we have always had a cordial relationship. So that is what it is about – making sure that on the 14th everybody is ready to go. Some of that involves moving offices, but that is the least of our worries. What we are really trying to do is to make sure members are assigned their committees. We don’t even have a schedule set yet. So all of our legislative assistants are going around trying to schedule appointments, but they tell us, ‘I don’t know when you’re going to be in committee.’ So those are the kinds of issues we are trying to get settled sooner rather than later.”

Power-Sharing Up in the Air

Handing over the keys is one thing, but a bigger question looms over the next session, and that one may not be settled until an answer is required Jan. 14. Will there be any power-sharing? The new Majority Coalition Caucus has offered an olive branch to the Dems, six committee chairmanships and three co-chairmanships. It doesn’t have to offer any, but leaders say it’s a way of demonstrating a desire for bipartisanship. The Democrats rejected that idea. They say they have a much more bipartisan plan – co-chairs on all committees with equal power. That would mean they would be sharing much more of the Majority Coalition’s power. The coalition has rejected that idea.

Said Tom, “There were a couple of committees where we said, these have had a historical nature of being able to operate in a bipartisan manner; the likely co-chairs get along great and we thought we could make that work. But to put [Democrat] Rosemary McAuliffe and [Republican] Steve Litzow in charge of the education committee would be a recipe for gridlock.”