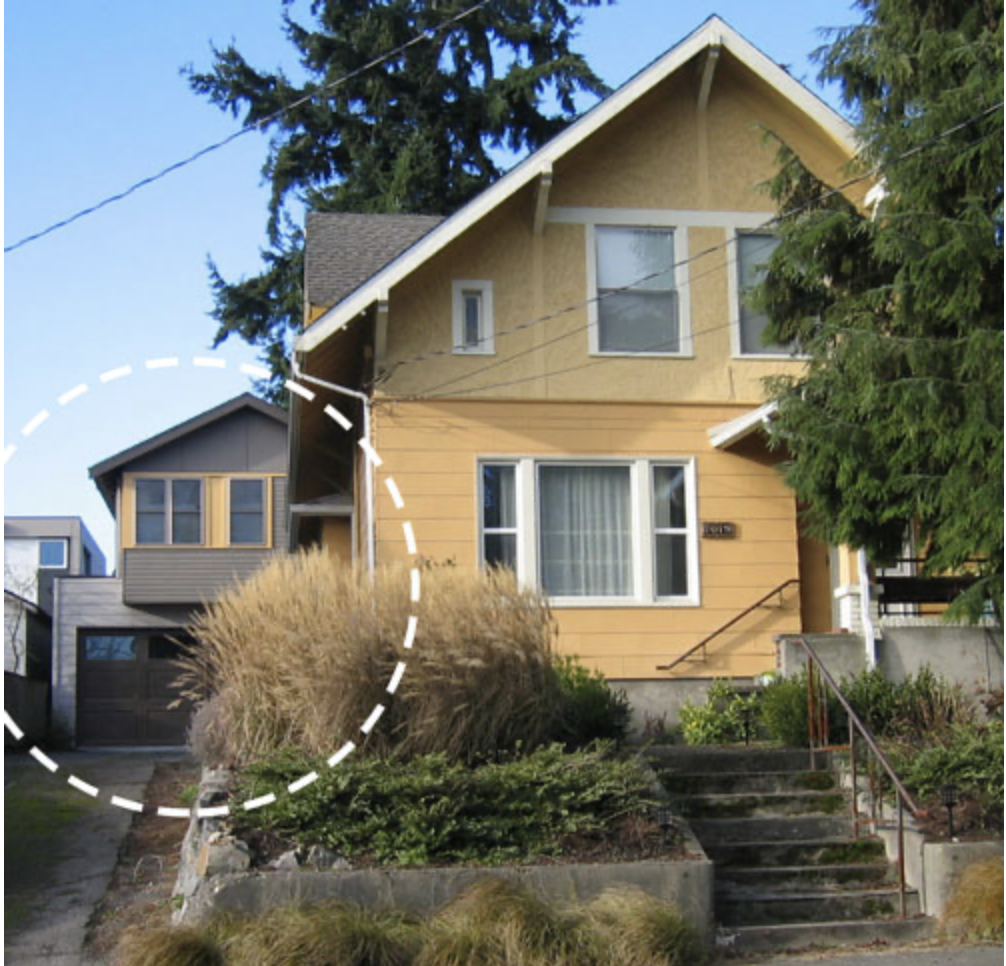 On a warm Saturday morning in early October, we at Habitat for Humanity Seattle-King County opened the doors to 13 new permanently affordable homes where they had been illegal except for a special “Urban Village” area designation.

That flexibility built into the zoning for the South Park neighborhood – long reserved for only the biggest, most expensive housing, that is, single-detached houses, just one per lot – allowed us to welcome 13 new homeowners who now benefit from nearby jobs, schools, and transit. We turned one home into many homes: seven single-detached homes, two townhomes, and four mother-In-law homes or “accessory dwelling units (ADUs).” Such housing choices helped these families afford a place right now and helps stabilize prices overall by alleviating the housing shortage that’s pushing people farther from their livelihoods and communities.

That housing choice flexibility doesn’t exist in the vast majority of cities and towns across Washington state. And that’s a problem that is long overdue for a fix.

One of South Park’s new homeowning families is Aurora and her daughter. Aurora has been living in the South Park neighborhood for 10 years but, as a single mother, the dream of homeownership for herself and her daughter was always out of reach. Due to rising home prices, that dream seemed more and more distant over the months and years. Working to serve the community as an educator –- first in places like the local YMCA and daycare centers and now as a first-grade bilingual teacher in a local school — Aurora has always understood the value and importance of community. After a decade of living crammed into a one-bedroom apartment with her daughter, Aurora and her daughter are finally in a home of their own.

While there are likely many reasons homeownership has eluded Aurora and other families, one predominant reason is Washington’s prohibition of legal housing options. Laws that reserve around three-quarters of the state’s residential land exclusively for single-detached homes have locked out certain families in our state for generations. Historically, neighborhoods across Washington –- from Seattle to Spokane, to Olympia, to everywhere in between — have been impacted by the use of racial covenants and redlining maps to keep Black, Indigenous, and people of color out of neighborhoods that were predominantly white.

To this day, we can clearly see the damage caused not only by those racist practices of the past, but also by modern-day exclusionary zoning.  According to Zillow, Black families in Seattle own homes at less than half the rate of white families. For Latinx families in Seattle, the rate is just over half of the rate for white families. Existing laws and regulations that bans or imposes severe limits and restrictions on a range of affordable home types, not only duplexes, quadplexes and townhomes –- but also ADUs and DADUs –- not only limits what’s available to the most expensive housing, it also limits how many homes are available. This drives competition for rentals and purchase.

While re-legalizing housing choice isn’t going to be a silver bullet for closing the racial homeownership gap and fixing our wider housing crisis, it is a necessary step. We’ve seen how this can work. Cities as widespread as Minneapolis and Walla Walla have passed ordinances that expand options. Oregon accomplished it statewide in 2019. California followed last year.

While Washington state failed to re-legalize housing choices this legislative session through SB 5670 and HB 1782, we can still make progress by passing HB 1660, lifting unnecessary local restrictions on backyard homes and mother-in-law apartments (a.k.a. accessory dwelling units, or ADUs).

It’s time for Washington state to join them and lay the foundation for addressing our affordability crisis, while simultaneously taking overdue steps to undo the racial discrimination built into our city rules. We have a chance to take one small but meaningful step with HB 1660, allowing developers like Habitat for Humanity to open more doors in more places – and ensuring our communities will be more welcoming and affordable for all our neighbors.