The debate over addressing climate change in Washington state has often cut across partisan lines, with vigorous debates over the cost of fuels, the growth of clean energy, and how to share the benefits of a cleaner economy equitably.

But the emergence of SB 5947 shows there’s a whole other climate story going on behind the scenes. It’s a story of bipartisan cooperation and strange bedfellows teaming up to address one of our most important sectors — agriculture.

SB 5947 is making waves in Olympia for being one of the first and only climate bills to be introduced with equal numbers of Republicans and Democrats, 16 in total.

With agriculture accounting for 9 percent of nationwide emissions, and with our farmers on the front lines of climate-related events like heat waves and droughts, it’s vital to invest in sustainable farming practices.

SB 5947 and its companion HB 2095 take aim at the carbon emissions generated in our agricultural sector by creating a grant program to assist with adopting carbon-reducing and sequestration practices.

The program would fund work in 3 areas:

What really makes this bill unique is the bipartisan interest it has generated, starting with some of the biggest names in the Senate, with Senate Minority Leader Mark Schoesler and Majority Caucus Chair John McCoy. Both Senator McCoy and Senator Schoesler were climate heroes on this bill, rallying support from each of their parties to get it introduced.

The bill received its first hearing earlier this week, the warm reception it received was a nice departure from some of the higher-profile climate fights.

The sustainable farm and field bill has a ways to go, but there are already some lessons that we take to heart.

For the environmental movement, it’s that environmental issues have to be broader than King County. By engaging rural people, conservatives, and our natural resource economy in the solution, this bill is not only better policy, it’s also better politics.

For some conservatives who’ve been leery of climate programs in the past, we hope the lesson is that if you roll up your sleeves and dig in, you’ll find groups like Carbon Washington ready to sit at the table to find a path forward. And, that climate policies like the sustainable farm and field bill can deliver tangible benefits across all of Washington.

Greg Rock is the Policy Chair of Carbon Washington, he also holds a masters degree in energy engineering.

Peter Kelly is the Founder of Grow Further and a board member of Carbon Washington. He holds a PhD in Agricultural and Resource Economics from Berkeley.

Editor’s note: An earlier version of this op-ed included Washington Forest Protection Association in the list of supporting organizations — it was included in error and the op-ed was corrected upon request. 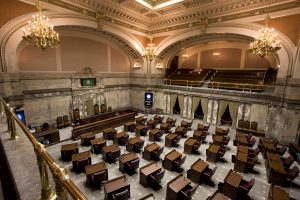 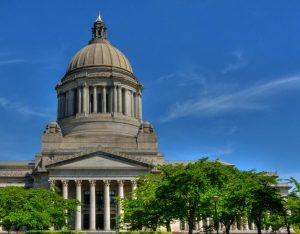