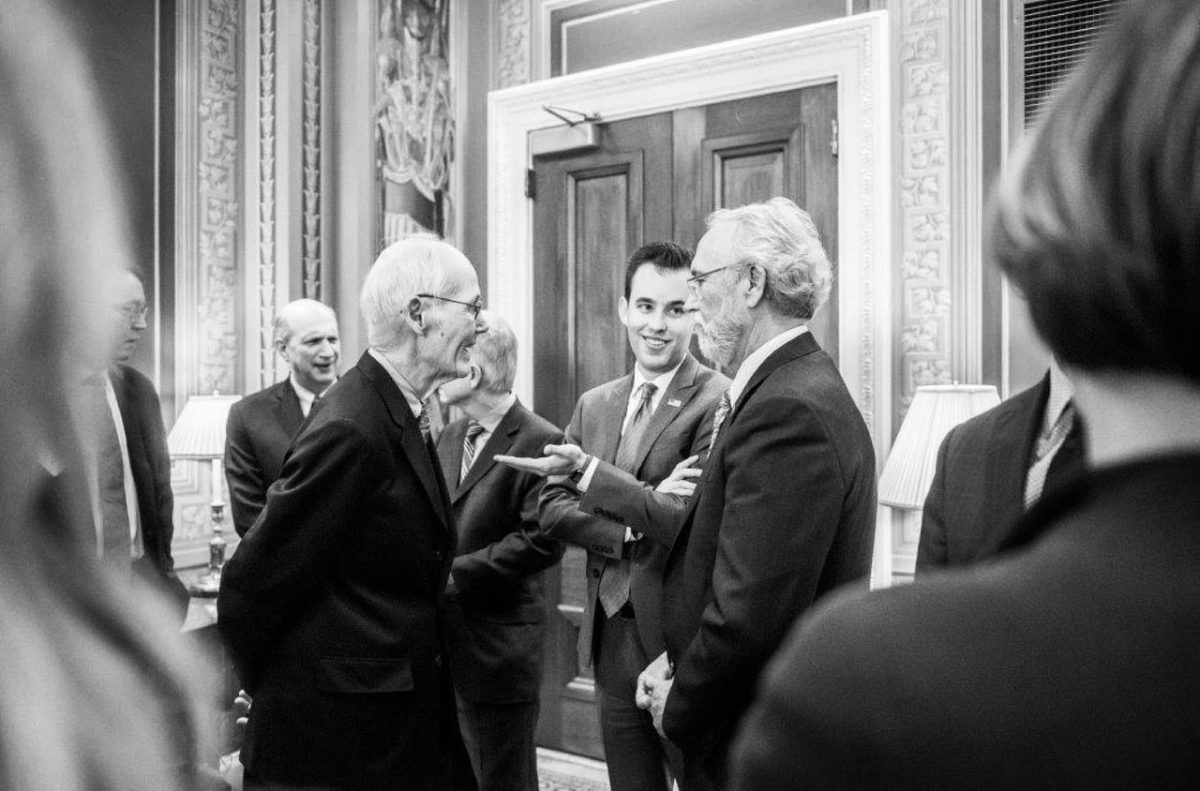 OP-ED: Slade Gorton & The 9/11 Commission: A Unity of Purpose

As our nation this past weekend recognized 20 years since that infamous day in 2001, Washingtonians should also reflect upon our own unique tie to the pivotal efforts established to uncover the facts behind this most significant, lethal terrorist attack in U.S. history.

Our former U.S. Senator, Slade Gorton, who served three terms representing the Evergreen State in the nation’s capital – amongst many other significant achievements in public service – was the first permanent appointee to the National Commission on Terrorist Attacks Upon the United States, also known as the 9/11 Commission. The Commission was established in 2002 “to prepare a full and complete account of the circumstances surrounding the September 11 attacks,” a straight-forward yet daunting task.

Made up of five Republicans and five Democrats, many were wary 10 partisan figures could ever rise above the political fray to tackle such a critical undertaking.

After a year of fighting over the origins of a global pandemic that has left more than 4.5 million people dead worldwide; after eight months of berating one another over a commission to analyze a domestic attack on our nation’s capital; and after the past few demoralizing weeks arguing over how our nation’s leaders so disastrously bungled the withdrawal from Afghanistan, leaving hundreds of Americans behind and 13 soldiers dead – it sadly feels unfathomable to even imagine 10 political figures reaching a unanimous decision on just about anything today.

Slade’s role in these collaborative proceedings have since been recognized as nothing short of essential. “Time and again, he was able to bridge disagreements and divisions,” stated the chair and vice chair of the Commission. Another commissioner, Jamie Gorlick, who served as Deputy Attorney General of the United States during the Clinton Administration, called Slade “a wise bipartisan consensus-builder” who “would look at a problem that divided the commission and look for ways we could find common ground.”

This sentiment rings true for all of us who were fortunate enough to know Slade. His willingness to put politics aside and seek common ground, as well as his dedication to America and to the task at hand – both within the Commission and in all matters before him – continues to be an inspiration.

His integrity and commitment to following the facts of that harrowing day for our nation should be a source of pride for all Washingtonians – only underscored by the fact that the Commission would come to learn that the 76-story Bank of America Tower in Seattle, what we now call Columbia Center, was one of the original targets of the 9/11 masterminds.

In the biography, Slade Gorton: A Half Century in Politics, Washington state historian John C. Hughes writes, “His service on the 9/11 Commission ranks as the singular achievement of a half century in public life. Cross-examining witnesses with remarkable acuity; working behind the scenes to bridge divisions; boring into bureaucratic fiefdoms to unearth the facts, politics be damned…”

By staying laser-focused on simply ascertaining the objective history, Slade and his fellow commissioners silenced the blaring calls for partisan pandering and achieved an outcome that not only strengthened our national security but brought Americans together as a country united against heinous acts of terrorism.

“We share a unity of purpose,” Slade said in his testimony before the House Subcommittee on National Security, Emerging Threats, and International Relations after the release of the Commission’s recommendations. “We hope that the Congress and the Administration will display the same spirit of bipartisanship as we collectively seek to make our country and all Americans safer and more secure.”

We lost Slade just over one year ago at the age of 92, leaving behind an inspirational career and legacy in public service. We all – including our nation’s elected officials – should honor his legacy by seeking objective truths in order to better protect the American people; it is what is right and just in memory of all those lost 20 years ago.

Sean V. O’Brien is a senior congressional aide to Congressman Dan Newhouse, a Republican who represents Washington’s 4th Congressional District. O’Brien is a graduate of the first cohort of the Gorton Leaders Program (‘14) at the Slade Gorton International Policy Center in Seattle.