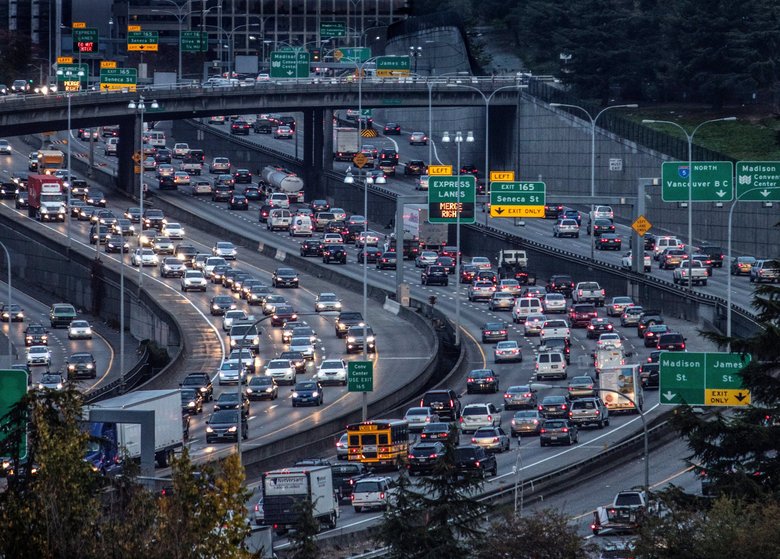 Burning gasoline and diesel in our cars and trucks is Washington State’s single biggest source of carbon emissions.  State government efforts to accelerate the transition off gasoline have focused on subsidizing EVs and EV charging stations, but the budget available to fund these approaches have been minute. The recently approved Initiative 976, which could cut car tab fees to $30, threatens to further decimate EV transition funding sources.

Given miniscule state budgets to fund the transition to EVs, how can state and local government still make significant progress on reducing transportation carbon emissions from cars?

Regulation of fossil fuels can slash carbon emissions with little or no budget. State and local government have numerous underutilized regulatory tools available to them–tools which can achieve significant decarbonization gains with little or no cost to taxpayers.

One example of an effective state policy without significant fiscal impact is the Zero Emissions Vehicle (ZEV) program. Eleven states participate in the ZEV program, which mandates that a minimum percentage (3% in 2020, rising to 8% by 2025) of the passenger vehicles automakers sell in a state be electric. The ZEV program is proven to increase selection of electric vehicles for consumers, while decreasing their cost. Gov. Inslee is eager for the state to join the ZEV program, but the state is blocked from doing so by a 2005 statutory “poison pill.” In the 2019 legislative session, SB 5811, a bill which would repeal the poison pill, passed the Senate, but stalled in the House Environment and Energy Committee amid a glut of climate legislation. Its passage should be a top priority in the 2020 legislative session.

The Clean Fuels Standard regulates the carbon intensity of fuels, requiring oil refineries and importers providing more low-carbon fuels and electricity to fuel our transportation system.   Refineries and importers can comply with the standard by blending biofuels, purchasing credits from utilities and others that sell electricity for EVs, and reducing emissions associated with refining.   The Clean Fuels Standard passed the Washington House last year, but stalled in the Senate.  Its passage should be a high priority in the 2020 legislative session.

Rep. Nicole Macri is planning to introduce legislation for the 2020 legislative session requiring that new passenger vehicles sold in Washington be electric by 2030. This measure would result in huge reductions in gasoline usage and would incentivize private-sector investment in new electric vehicles and charging stations, without imposing significant additional burdens on the state budget or the taxpayer.

Rep. Macri’s bill would make EVs the default vehicle in Washington, and increase opportunities for lower-income Washingtonians to purchase used EVs and enjoy their low cost of ownership. The cost to fuel an EV is roughly 25% of the costs of fueling a gasoline car, and maintenance costs are about 15% relative to those of a gasoline car.

The share of vehicle trips by Transportation Network Companies (TNCs) such as Uber and Lyft is increasing quickly, already constituting about 2% of all vehicle miles travelled in King County. California recently passed a law requiring a plan for cars used by TNCs to transition to electric. Washington state and local government should similarly regulate this fast-growing source of carbon pollution.

City Restrictions on Gasoline Vehicle Use

Thirteen European cities, including Barcelona, London, and Rome, are planning to prohibit the use of fossil-fuel powered vehicles in all or part of their city, and many more have announced plans to ban diesel vehicles. California cities, including Los Angeles, San Francisco, and Berkeley, are all considering restricting the locations where gasoline vehicles can travel.  Washington cities should also look at creating zero-emissions zones where gas-powered cars are not welcome.

Cities have many powerful yet untapped regulatory levers to reduce car pollution. Their authority over street parking allows them to give preferential treatment to parking of electric vehicles relative to gas vehicles. Cities’ power over permitting could allow them to impose a moratorium over the construction of new gas stations, and provide development bonuses to developers who redevelop exiting gas stations for housing. Cities’ control over city contracting could enable them to give preferences to contractors who use EVs over those that don’t.

Automakers, oil companies, and others deeply invested in the oil status quo will object to regulation decarbonizing transportation, claiming that change should be spurred by “carrots,” or subsidies and incentives for EVs, rather than the “stick” of regulation. While a carrot-dominant approach might work if there were plenty of carrots to go around, there is minimal budget for carrots.   Waiting until there are sufficient carrots means deferring for many years climate action that must occur now. Conversely, oil companies and auto companies have been making billions for decades from selling products damaging to the climate, and it is entirely appropriate that the “stick” or costs of regulation fall more heavily upon them.

Reducing carbon emissions requires hard choices—choices that have been postponed far too long. Washington voters have consistently rejected paying increased taxes to fund transit and other transportation decarbonization measures. Wise, muscular use of regulation is the strongest, most cost-effective, and most taxpayer-friendly tool we have.  Let’s use it.

Matthew Metz is the co-executive director of Coltura, a Washington State based non-profit organization working for a gasoline-free America.