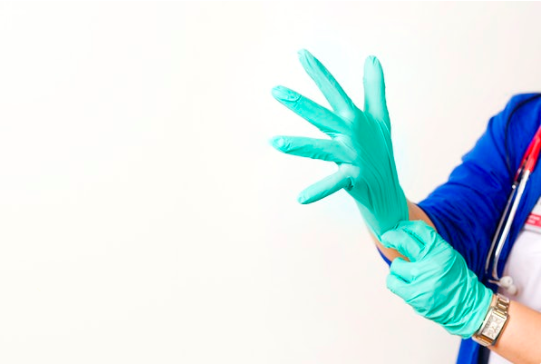 In 2014 I was the administrator of the Grant County Health District and Paj Nandi sent me the seminal document prepared by Resolve as part of the Public Health Leadership Forum, The High Achieving Governmental Health Department in 2020 as the Community Chief Health Strategist. This paper had tremendous influence in my belief for the future of the public health system. Since first reading it, I and others have promoted through our workplaces and organizations this idea of a nimble, influential, and collaborative public health system, but most importantly, one that is adaptive to our changing world.

The Chief Health Strategist discussions have fit well with the endeavor to garner support for and fund Foundational Public Health Services. For the past several years, public health has come before decision makers and described the fragile, patchworked funded, and tremendously under-resourced system of local, state, and tribal public health agencies. But with the right resources, it could not only be able to effectively respond to disease but be better equipped to prevent it from happening in the first place.

I often get the privilege of presenting to students and community groups about public health, it is a favorite thing to do. One of my go-to talking points are the top ten 20th century successes of public health. Our great successes with communicable disease, environmental health, injury prevention, and others makes for brilliant oratory. This is followed by a challenge for the 21st century and what major accomplishments will public health be known for? We are already witnessing threats such as despair as evidenced by suicide and opioids, climate change, continued racism and inequity, as well as the pandemic.

But can public health tackle 21st century problems using a 20th century model? I firmly believed the Chief Health Strategist practices were the way. And maybe it is, but good ideas, well prepared plans, and copious amounts of data have not delivered an adequately funded public health system. I am not saying it is wrong, but that it is incomplete for our needs. We can’t be the community’s chief health strategist without some investment no matter how efficient and innovative we are.

Efforts to achieve sustainable funding for public health, something that hasn’t been present for 20 years, continues to be met with hesitation regardless of a measles outbreak or pandemic. And one-time funding is not the same as ongoing. I was excited for the most logical proposal I have seen to fund public health emerge during the 2020 session, HB 2679 would have funded public health using a small part of non-profit carrier’s surpluses, however it did not make it out of committee.

Recently, former Washington State Health Care Authority Director, Dorothy Teeter, shared the Five steps for state health policy in a post-COVID world. In it she calls on funding for public health using a robust per capita basis and to fund care and service coordination between public health AND social services and health care. I agree.

Not only is it time for all these entities to come together with decision makers and talk about what kind of system would work best, but to do so with the courage of putting everything on the table. If we were designing a public health system from scratch to meet contemporary problems, I am hesitant to believe it would look like it does today.

I do not support change for the sake of change, but the current system of counties being obligated as the ultimate party for public health delivery, funding of Foundational Public Health Services being a responsibility of the state, and substantial disparities from community to community just feels broken. The pandemic has proven there are gaps in our system and diseases don’t respect political boundaries, whether they are countries or counties. And racism permeates as demonstrated by inequitable distribution of illness and premature death.

In a national environment where states must be more reliant on themselves than on federal partners, we must have a functional and responsive state-wide public health system that we can count on, one where fierce competition for scarce resources is not job number one. We need to begin planning for that future now, and WSPHA is ready and willing to be part of it.

The status quo is broken and I, for one, look forward to solving it together.