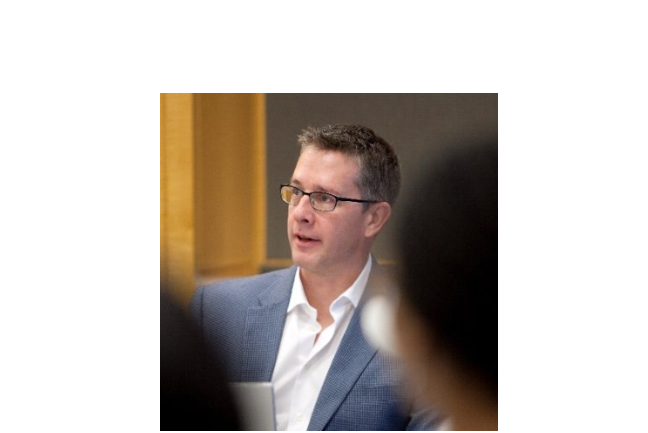 Education makes an enormous difference in your life, especially if you have a criminal conviction. In 1999, my arrest marked the beginning of my 15-year journey through the prison system. The instant I stepped foot in Santa Barbara County Jail, I knew I wanted to do everything I could to propel myself beyond its walls. Education was the catalyst to not only change my life, but also provide me with opportunities both behind bars and upon release.

Fortunately, with support from family, I was able to cover the cost of pursuing a degree while incarcerated. However, many other incarcerated people across the country do not have the same financial privilege, and on top of that, they are ineligible to apply for federal student aid to help fund their education. Although incarcerated students were awarded Pell Grants for nearly four decades, this access was revoked in 1994 under the Omnibus Crime Bill. This created an enormous obstacle for those hoping to utilize higher education as a means to secure new opportunities and become productive members of society upon release.

In the state of Washington, 37,000 people are currently incarcerated in jails are prisons and approximately 8,000 are released each fiscal year. Additionally, 136,000 Washington residents are behind bars or under criminal justice supervision. According to a RAND study conducted in 2014, individuals who participate in educational programs while incarcerated are 43% less likely to return to prison, and 13% more likely to secure employment. Additionally, a report from the Washington State Institute for Public Policy shows that each dollar invested in prison education generates an economic return of $19.80. This demonstrates that when individuals incarcerated are provided with the resources necessary to pursue their college and career goals, it is not only beneficial for themselves and their families, but all of us, as it has the potential to drastically boost our economy.

While incarcerated, I witnessed many of my peers struggle in the pursuit to further their education, not due to a lack of ambition or poor work ethic, but a severe lack of resources. It even took me nearly a decade to complete my four-year degree. For this reason, in 2006, I founded the Prison Scholar Fund, which helps people with justice-involvement pursue higher education through college, vocational, and mentoring services. Over the years, I have received over 5,000 letters and essays from incarcerated men and women across the country who have a strong desire to become successful, yet do not have the support necessary to achieve their goals.

In order to ensure that every person returning home from prison is able to successfully support themselves, their families, and their communities, we must restore Pell Grant eligibility to all, regardless of sentence length or conviction type. We must also remove Question 23 from the FAFSA and ban criminal history questions from college admissions applications. This would allow us to take the necessary steps toward building a society that truly values all of its citizens.

In June, I joined 23 other formerly incarcerated individuals in Washington D.C. for an advocacy day hosted by the Unlock Higher Ed Coalition. We spoke to over 50 members of Congress on the importance and necessity of increasing access to higher education for those currently and formerly incarcerated. I call on Representative Pramila Jayapal (WA-07), Senator Maria Cantwell (D-WA), Senator Patty Murray (D-WA) and all members of Congress to pass legislation that restores Pell Grant eligibility to all and bans criminal history questions from the FAFSA and college admissions applications.

In order to promote and sustain a country that is both fair and prosperous, we must be responsive to the voices and needs of those with criminal justice involvement. Increasing access to higher education is where we can start.

DIRK VAN VELZEN is founder and Executive Director of the Prison Scholar Fund, which helps incarcerated students pursue education by funding college, vocational, and technical courses, and by providing advising, mentoring, counseling services; the nonprofit also helps returning citizens as they transition back to society. While incarcerated, Dirk graduated from Pennsylvania State University with degrees in business administration and organizational leadership, studying through distance education. After his release, Dirk completed the Social Entrepreneurship program at the Stanford Graduate School of Business. He is a member of Unlock Higher Ed – a national coalition fighting to increase access to higher education for currently and formerly incarcerated students.