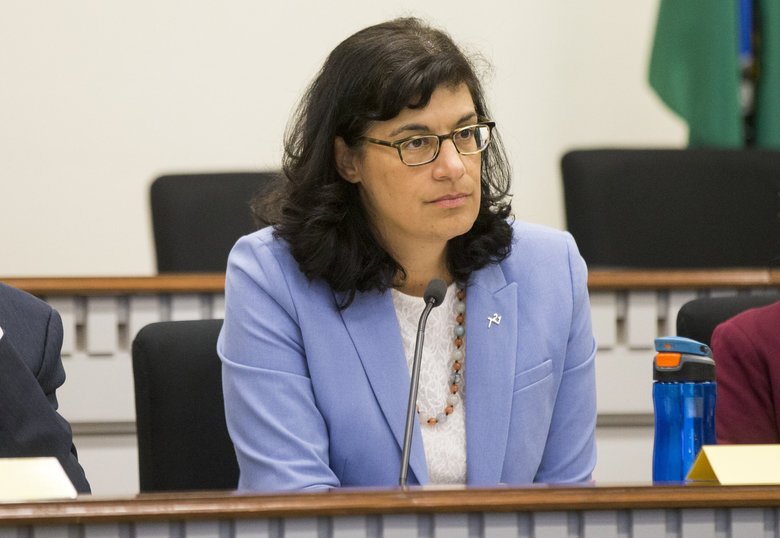 On the first day of this year’s legislative session, Representative Nicole Macri of Seattle introduced new renter protection legislation aiming to ameliorate landlord-tenant relationships by requiring landlords to cite a cause for evicting a tenant.

Under current Washington law, residential landlords are permitted to evict tenants without cause, by keeping tenants on a month-to-month lease and issuing a 20-day no-cause termination notice. They can also simply refuse to renew a lease with a tenant.

“No-cause evictions lead directly to homelessness, and have a destabilizing impact on the peace, health, and safety of renters and their families,” said Macri. “My goal is to build stability in the lives of families threatened by the prospect of being forced out of their home without any idea why.”

According to recent Crosscut/Elway poll, homelessness is top of mind for both Washington voters and legislators heading into session. The poll found that Washingtonians care more about addressing homelesness than any other issue.

Public support for elevating homelessness as the top issue for legislators to address built on the heels of several local elections which were, according to interviews with voters and candidates, largely referendums on homelessness.

The statewide housing crisis is worsened by the absence of a state law prohibiting a landlord from evicting a resident without cause, and residents who are most harmed by the status quo include households of color, low income households, seniors on fixed incomes, people with disabilities, and families with young children,” Macri continued.

In additional comments made at the State of Reform Health Policy Conference last week in Seattle, she also underlined that new legislation attacking the homelessness crisis would be beneficial to both sides of an electorate increasingly divided along geographic lines.

We have to build a homelessness response system that not only deals with the long term stabilizing services we need, like supportive housing and robust behavioral health services, but on the immediate crisis response, because not only are our big cities dealing with the fact that highly vulnerable, ill, and elderly people are living outside and totally without shelter but our smaller towns across the state are also really struggling.”

The bill, H.B. 2453, has been referred to the House Civil Rights and Judiciary Committee and is being introduced with a companion bill in the Senate sponsored by Senator Patty Kuderer.