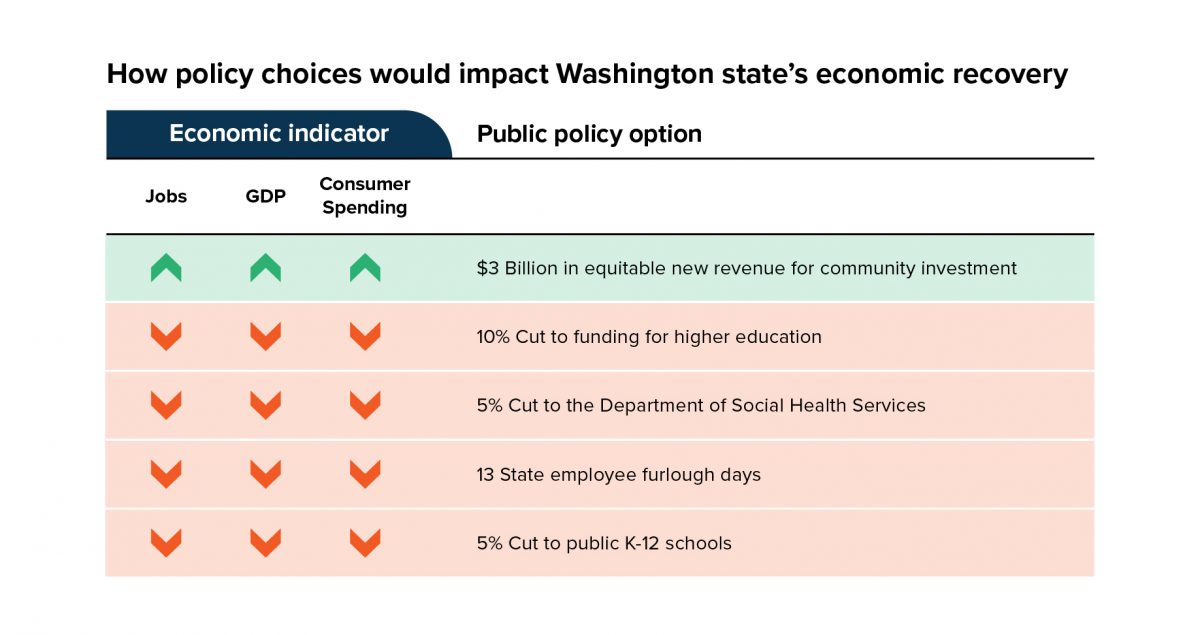 New analysis released by Washington State Budget and Policy Center shows that funding new community investments by raising equitable revenue through increased taxes on the very wealthiest Washingtonians would result in increased spending in local economies, tens of thousands of new jobs, and stronger overall growth in the state economy.

The analysis shows that in 2022 alone, raising $3 billion annually in new revenue for community investments in Washington state would:

Lawmakers must act now to revive Washington state’s economy. Bold new investments in communities, paid for by raising taxes on the very wealthiest households, would spur spending at local small businesses, add billions of dollars to the state economy, and create thousands of new jobs, according to new economic modeling on the impacts of the state’s policy choices.

By contrast, knee-jerk cuts to education, state employees’ pay, or health and social services would only deepen and prolong the recession. The charts below summarize the economic consequences of five possible paths Washington state lawmakers could take in the coming year to respond to the state’s revenue shortfalls.

The results are clear: Investing in our communities by raising equitable new revenue is the only responsible course of action. 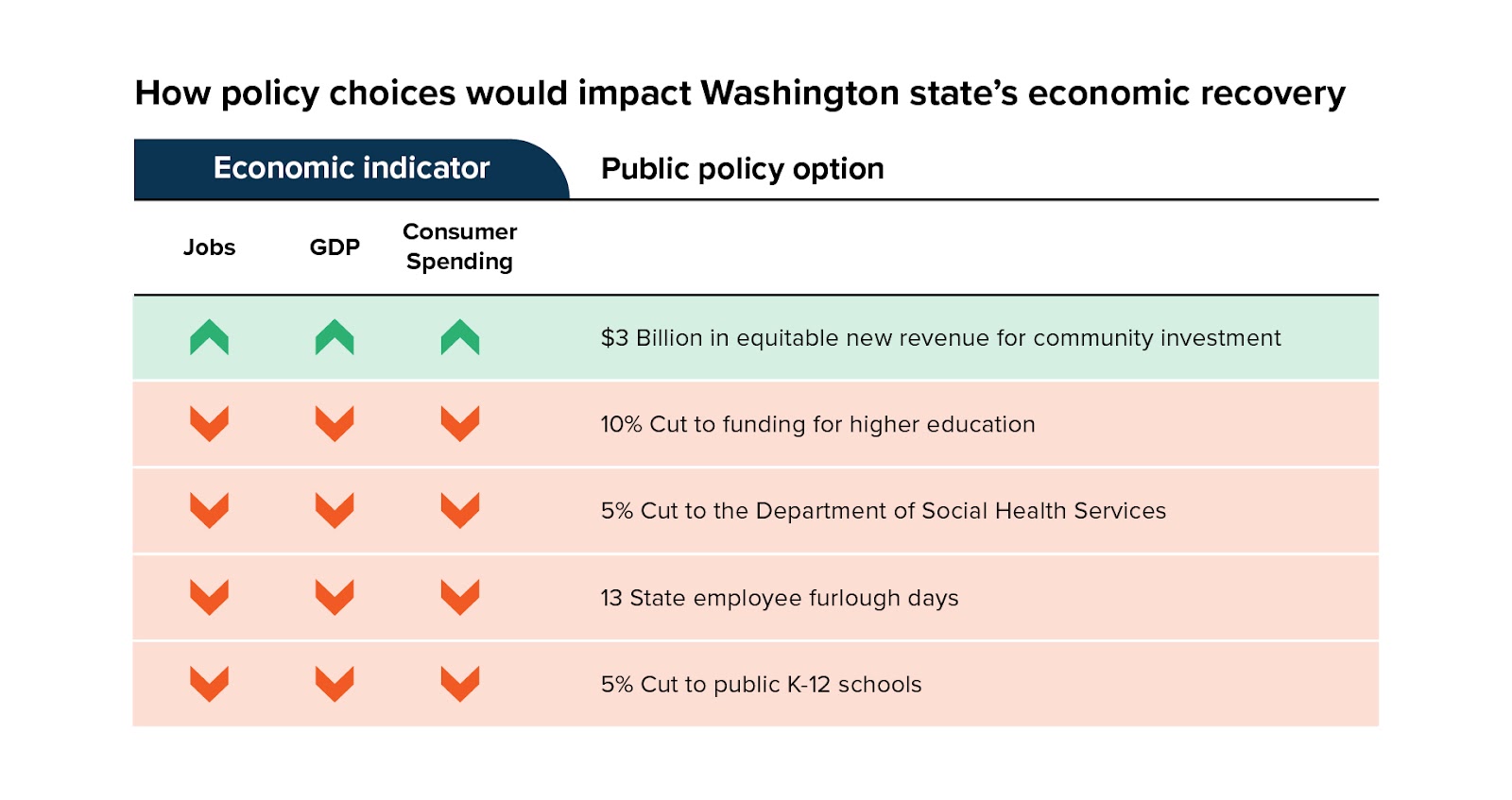 Raising $3 billion per year in new revenue for community investments by taxing the wealthiest households would create nearly 66,000 public- and private-sector jobs in Washington state. More than half (35,142) of the new jobs would be in the private sector, since more teachers, nurses, and other frontline public-sector workers would mean more customers shopping at local businesses. All scenarios involving cuts to public services would eliminate jobs and deepen the recession.

The analysis was obtained from the REMI economic model, an industry-standard tool for projecting the impacts of public policy choices. These findings are consistent with national research from the Congressional Budget Office and other economic forecasting firms and think tanks that analyze public spending and progressive taxation. They are also consistent with significant evidence that shows that states that made the most dramatic cuts to government programs during the Great Recession saw the slowest economic recoveries and the deepest job losses. (See more details in a technical documentation fact sheet.)