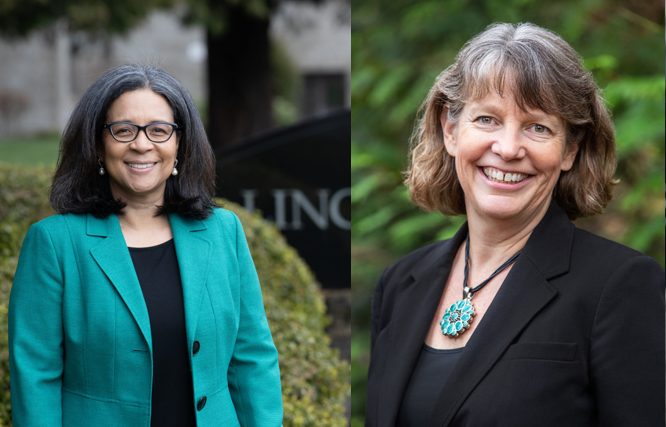 Jones was the only candidate of the bunch to win an open primary. A Medicare for All proponent, he emerged victorious from a crowded field and could be, along with fellow New Yorker Ritchie Torres, among the first openly gay Black men in Congress.

Unlike New York, Washington State’s blanket primary system has allowed for two Democrats to advance to the 10th CD general election. And unlike any of the aforementioned primaries, this race will not feature an ideologically progressive candidate of color challenging a fellow Democrat from the left.

Doglio, who is white, has been endorsed by the Congressional Progressive Caucus (CPC), as well as progressive standard bearers like Sens. Bernie Sanders, Elizabeth Warren, and Rep. Pramila Jayapal. The founding and former executive director of Washington Conservation Voters, she won the support of progressives due to her stances on health care and environmental policy.

I am proud to endorse Beth Doglio and cannot wait to have her strong, progressive voice in Congress,” said Jayapal, Co-Chair of the CPC. “As a legislator, organizer and climate champion, Beth has a proven track record of standing up for working people against special interests, and delivering on policies that matter. Washingtonians need to send Beth to Congress to join me in moving forward bold solutions like Medicare for All and the Green New Deal, and fighting for working families, women and underserved communities.”

Leading up to the primary, the CPC’s political arm spent $140,000 on TV ads for Doglio. The ads, which highlighted Doglio’s support of Medicare for All, are part of the CPC’s broader effort to defeat centrist candidates in open primaries, according to The Intercept’s reporting. Others groups such as Medicare for All PAC and the Sierra Club PAC also contributed hundreds of thousands of dollars in support of Doglio.

Strickland, who is Black and Korean American, has the backing of former Gov. Christine Gregoire, as well as Reps. Suzan DelBene and Derek Kilmer – both members of the New Democrat Coalition.

Marilyn Strickland has not only been a dear friend over the years, she’s also been a terrific partner when it comes to making progress for folks in the South Sound,” said Kilmer. “While she was Mayor of Tacoma, we worked closely together to grow local jobs, to invest in roads and transit to help South Sound families and employers, and to protect Puget Sound. I know she’ll represent our region well in Congress as we work to recover from the COVID-19 pandemic, and I’m proud to support her.”

The “Candidate Watch List” is the first level of support for candidates the Action Fund has not previously endorsed. The second level is a full endorsement.

In order to advance to the second level, candidates fill out a longform questionnaire and complete a screening call with one of the Coalition’s members. Early in the cycle, the process takes a full quarter. It can happen in a much shorter timeframe as the election draws near, according to a spokesperson for the Action Fund.

Founded in 1997, the New Democrat Coalition describes itself as “a group of forward-thinking Democrats committed to pro-economic growth, pro-innovation, and fiscally responsible policies.”

Given Strickland business bona fides, the NDC’s support for her may not come as a surprise.  Following her mayorship, Strickland became the President of the Seattle Metro Chamber of Commerce. During her tenure, she oversaw an effort to elect a new slate of more business-friendly Seattle City Council members in 2019. Amazon donated $1.45 million to the Chamber’s preferred candidates.

The 10th CD’s incumbent representative, Denny Heck, is a member of the NDC; accordingly, he is regarded as a moderate Democrat.

Not everyone is convinced the factional divisions that could be made manifest in this race should be the primary takeaway heading into the general election.

Karen Besserman, Executive Director of Emerge Washington, an organization that trains Democratic women candidates, said that the happenings of national politics should not be mapped onto this race.

The most salient point here is that the voters of the 10th District picked two amazingly qualified women to advance, said Besserman. “Let’s not try to shoehorn this into what happened in other races. What’s happening in this race is two qualified women are vying to become the representative of a district that has been aptly represented by Denny Heck, but is now going in a different direction.”

The question of what a “different direction” looks like will be left to the voters. Strickland would be the first Black woman elected to Congress from Washington State. On the coalitional implications of this race, Strickland’s candidacy seems to represent a continuation of Heck’s tenure; a New Democrat passing the baton to a like-minded moderate.

A Doglio victory would also have a historic dimension, as she would be the first openly bisexual woman elected to Congress in Washington State. But Doglio’s candidacy would mark more a divergence with the previous occupant of the seat. The CPC would be one member larger; the New Democrats one member smaller.

Besserman is of the belief that a choice between two qualified women candidates could pave the way for a race centered around policy issues.

This is going to be a great exercise for the press and the voters to evaluate two candidates based on what we always say we want. We always say ‘let’s talk about the issues.’ Well, let’s do that. Now it doesn’t have to be about gender, it doesn’t have to be about who’s articulate or who dresses better or is that person nasty or not. All of that is gone now, because there are two women in this race. Is this going to force our discourse to rise to another level that voters are always saying they want?”