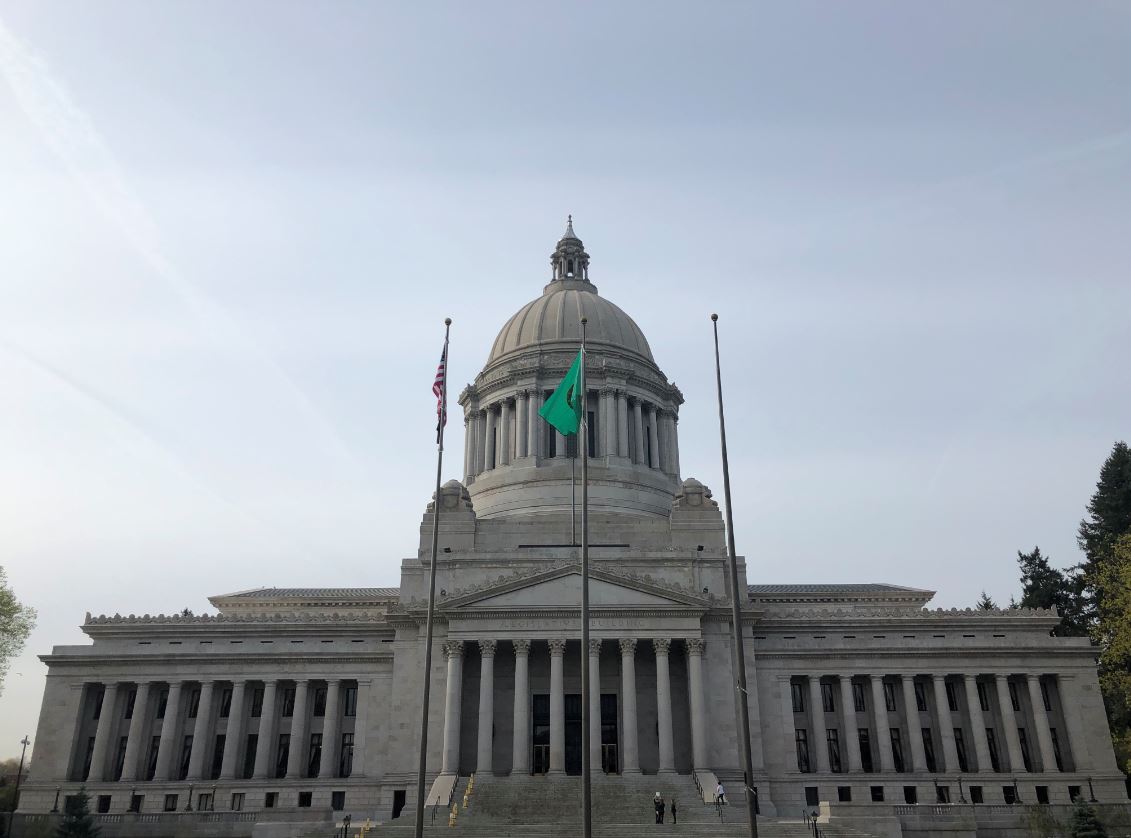 We have a special Thursday edition of Morning Wire this week highlighting where some issues stand as we complete the first house of origin cutoff. Thanks to the folks at Keep Washington Rolling for their sponsorship of this edition! We appreciate their support very much!

In addition to this second newsletter this week, you may have noticed another byline at the site. Reporter Sydney Kurle is tracking floor and committee activity, so that you can get a straightforward run down of the work happening in Olympia. She joins Michael Goldberg and I in bringing you a few of these stories each week.

Thanks, as always, for reading our stuff.

After the close capital gains tax vote on Saturday, it became clear that this issue was not yet put to bed. Some Democrats in the House are pushing to return the “emergency clause” that was taken out of the bill in the Senate via a floor amendment. With the clause in the bill, it meant a referendum of the people would not be possible this fall. If that happens, I’m told there are not 25 votes — at least today — for that language in the Senate. #sausagemaking

But, the question is a bit more complicated. If the “emergency clause” comes out, and a referendum is prohibited, an initiative can still get run. It requires double the number of signatures, and probably puts any ballot challenge into 2022 instead of 2021. That length of time may mean opponents try to challenge this in the courts, which Democrats want. A referendum might preclude a court challenge, moving too quickly for a court challenge to get to the Supreme Court. But going into 2022 might also mean Democrats in tough districts have to run with a tax issue on the ballot — in a mid-term with a Democratic president and a Democratic governor. Moreover, redistricting will re-draw districts to create a 50-50 map with “no partisan advantage,” creating additional headwinds for Democratic majorities.

2.  How will police reform legislation progress?

Legislative leaders made clear at the outset of session that police reform would be a priority. After passing the House in a 54-43 vote, the Senate Law & Justice Committee will hold a public hearing today on House Bill 1054, which prohibits police officers from using chokeholds and neck restraints and establishes new restrictions on the use of tear gas. House Minority J.T. Wilcox predicted that the proposal will be watered down in the Senate.

Some advocates were upset that the House adjourned before voting on a bill that sought to end qualified immunity. There was time left before cutoff to run this bill — but apparently there weren’t the votes. Ending qualified immunity for things like police officers involved in citizen deaths appears dead this year.

3. What’s up for consideration on the environment & transportation

After narrowly passing in the House, the Low Carbon Fuel Standard bill was heard yesterday in the Senate Environment, Energy & Technology Committee. Republicans argue that the bill is regressive . “Diesel is what gets that package to your front door,” said Rep. Chris Corry. But the world’s main package deliverer, Amazon, sent a letter Monday to Gov. Inslee declaring their support for the bill. In addition to the LCFS, the Committee will hear a bill next week that authorizes the Department of Ecology to establish a maximum global warming potential (GWP) threshold for hydrofluorocarbons.

As the transportation sector accounts for 45% of Washington’s greenhouse gas emissions, keep an eye on the various transportation plans up for debate. The majority has three proposals. The first is a Senate proposal $14.3 billion, 12-year plan that would levy fees on carbon, vehicle emissions, and luxury yachts to invest $2.5 billion in clean fuel and just transitions. A $26 billion, 16-year House proposal includes 18-cent gas tax increase and a $15-per-ton carbon fee to pay for investments in transportation choices and carbon reduction. Sen. Steve Hobbs’s Forward Washington plan invests $18-19 billion over 16 years, with $500 million set aside for “green investments.”

4. Health care sees more floor action than any other issue

Between both chambers, 55 bills currently sit in health care committees after passing their house of origin before the cutoff. No other issue saw as much floor action. Some of the bills passed with minimal debate, such as SB 5068, which would extend postpartum coverage through Apple Health to one year, and HB 1196, which would require reimbursement for audio-only telemedicine services.

There have been close votes as well, such as for SB 5203 – a bill that would allow the Health Care Authority to enter into partnerships with other states, state agencies, or nonprofit entities to produce, distribute, or purchase generic prescription drugs. With an increased awareness of the intersections between housing and health care, some health policy advocates will be tuning into the public hearing today for HB 1236, which irons out a list of causes for evictions under the Residential Landlord-Tenant Act.

If the House passes SB 5172, a bipartisan bill worked out between Sen. Curtis King and Sen. Karen Keiser, Washington would be the first state in the nation to bring the 40-hour work week to agricultural workers. While farmworkers were among the hardest hit by the pandemic, their modern work conditions can be tracked back to the New Deal era, as they were exempted from the original federal Fair Labor Standards Act passed in 1938. A striking amendment from Sen. Keiser would establish a three-year phase-in period of the new requirement that employers pay overtime to agricultural workers.

The Senate passed 13 bills which now sit in the House Labor & Workplace Standards Committee. Sen. Jeff Holy wrangled a few Republican votes for his bill providing health care workers with presumptive benefits during a public health emergency. The Senate will consider a bill from freshman Rep. Liz Berry that attracted bipartisan support. The bill shores up protections for temporary workers in construction and manufacturing industries.