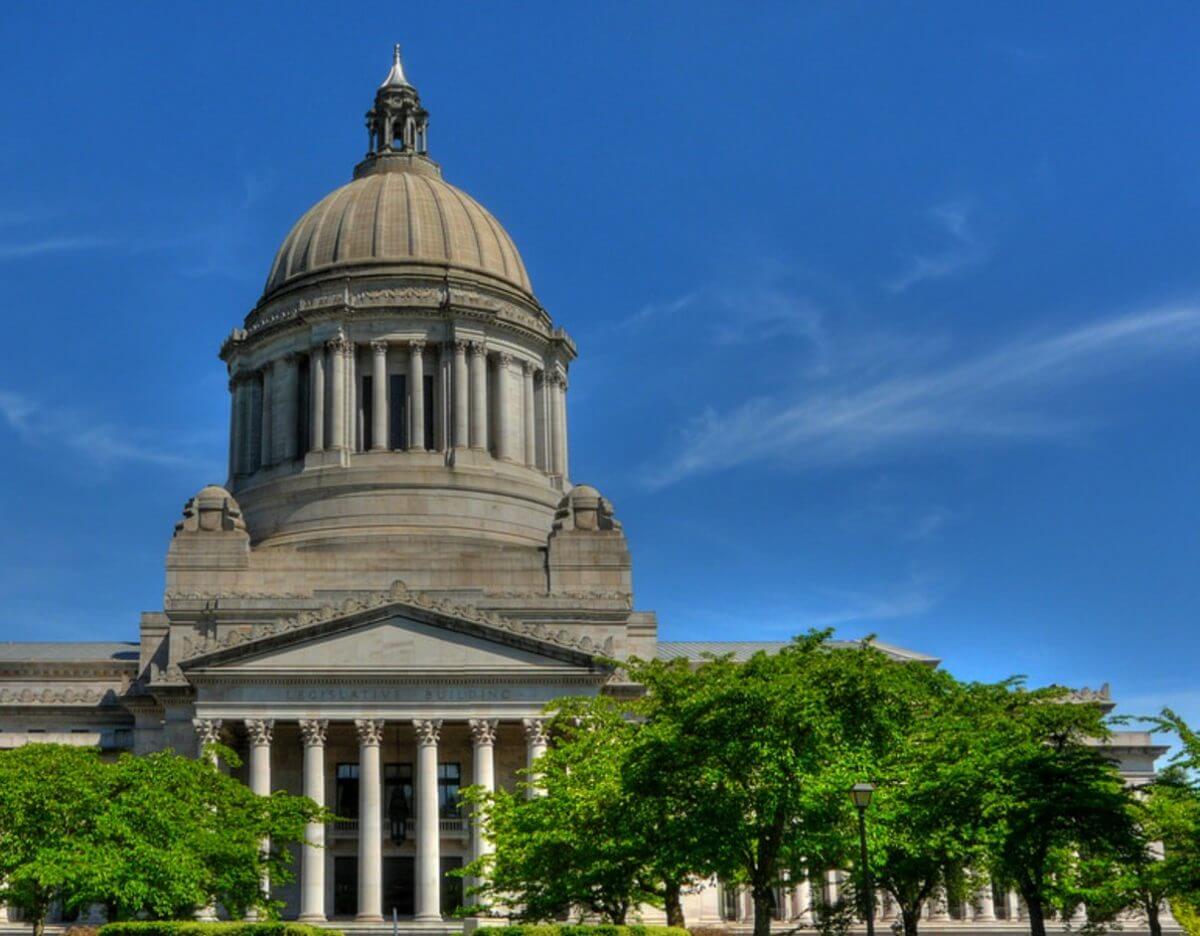 Today is day 79 of the 105-day session, but the end game has been set. My guess is capital gains will barely pass. The Working Families Tax Credit is likely to get funded. It’s possible a “cap and invest” model for carbon pricing might see movement, though timing and transportation negotiations may be the question there. I think the biggest question in my mind is whether there will be a meaningful package of new transportation projects funded from new state revenue, and it is not yet clear there are the votes for that.

Assuming most of that comes together, it would represent a significant set of accomplishments for Democratic majorities. We have 26 days left to see what happens.

The Senate Democrats’ operating budget is tentatively scheduled for a floor vote on Thursday. Reporter Michael Goldberg spoke to Ways and Means Chair Sen. Rolfes about how child care is the center piece of this budget, her thoughts on earmarks, and how the approach to writing an operating budget differs during a K-shaped recovery. Goldberg also asked Rolfes about the impetus for a section that would create an eight-member joint select committee to provide oversight of the legislature’s delegation of fiscal authority to the governor while the legislature is not in session.

“The process worked last summer, but it was very imperfect. There was little transparency. There was no public process and no public input. The only legislators involved were the budget writers, and that was a huge responsibility… There was really no role for the minority party.”

On the final day of our series on Washington’s K-shaped recovery, we have a story on the importance of economic relationships in getting back on our collective feet. What came through in the reporting, and what we tried to capture in the video story, is how critical social capital can be between economic actors and policy makers. The urban-rural relationship is critical, as is the relationship between the state and the international community.

Downtown Seattle Association President Jon Scholes says that about 70 percent of the 350,000 people who worked downtown stopped frequenting the area during the pandemic. He told us that a fractured relationship between the City Council and the private sector has made recovery more difficult. Across Lake Washington, Robert Wallace, CEO of Wallace Properties, says that private sector experience among Bellevue leaders has resulted in a different approach than the one in Seattle. In rural Washington, Jon DeVaney, President of the Washington State Tree Fruit Association, discussed the implications for rural Washington of years of trade disputes, retaliatory tariffs, and now, a global pandemic.

House Democrats’ proposed 2021-23 operating budget is headed for a Saturday floor vote. The proposal includes $58 billion in spending over the next two years, as well as billions in federal relief dollars. Federal aide aside, the proposal would be be an increase from the state’s current two-year, $53.7 billion budget. Senate Democrats released a slightly larger budget yesterday, proposing to spend about $59 billion.

The House would direct about $1.85 billion in federal aid to the Elementary and Secondary School Emergency Relief Fund for reopening K-12 schools. Other large line items in the proposal include $1.18 billion for COVID-19 vaccines, contact tracing and testing, $1.07 billion for rental assistance, and $600 million for unemployment insurance tax rate relief. Just like the Senate, the House budget includes a bill to enact a statewide capital gains tax, which the chamber has yet to pass.

4.  Ban on open carry weapons at demonstrations heads back to Senate

Senate Bill 5038, a bill that would ban prohibit the open carry of firearms and other weapons on the state Capitol grounds and within 250 feet of permitted public demonstrations will head back to the Senate after passing the House in a party line vote. Sen. Patty Kuderer’s legislation will return the Senate because the House adopted four amendments. The act would take place immediately thanks to an emergency clause added by Rep. Drew Hansen’s amendment.

The other three amendments were introduced by Republicans. Rep. Jenny Graham’s amendment exempts people who have a valid concealed pistol license. Rep. Peter Abbarno’s language specifies that firearms are prohibited within 250 feet “of the perimeter” of permitted demonstrations, while Rep. Cyndy Jacobsen’s amendment modifies the circumstances in which the criminal penalty would apply.

5. How the Senate transportation budget makes use of federal funds

Yesterday, the Senate passes their 2021-23 “No Frills” Transportation Budget in a unanimous vote. This is the stripped down version that gets the process moving, but which could still see a “grand bargain” of a new “cap and invest” program to raise revenue to help fund Hobbs’s Forward Washington package. Sen. Steve Hobbs, Chair of the Senate Transportation Committee, said that if the Legislature is “to really address the multitude of needs that exist in communities throughout Washington, a transportation revenue package must be passed.”

Of the roughly $1 billion included in the American Rescue Plan (ARP) that will backfill shortfalls, $600 million will be aimed at making up revenue losses caused by the pandemic. As for the fish culverts that Washington is under a federal court order to repair, $400 million in ARP funds will be set aside for that purpose, as well as, $142.9 million from the December COVID relief package. The budget also will also direct $5.5 million in federal funds to the new Forward Drive road usage charge (RUC) project overseen by the Transportation Commission. The project will research how changing driving habits might impact a RUC program, and will perform an equity analysis.