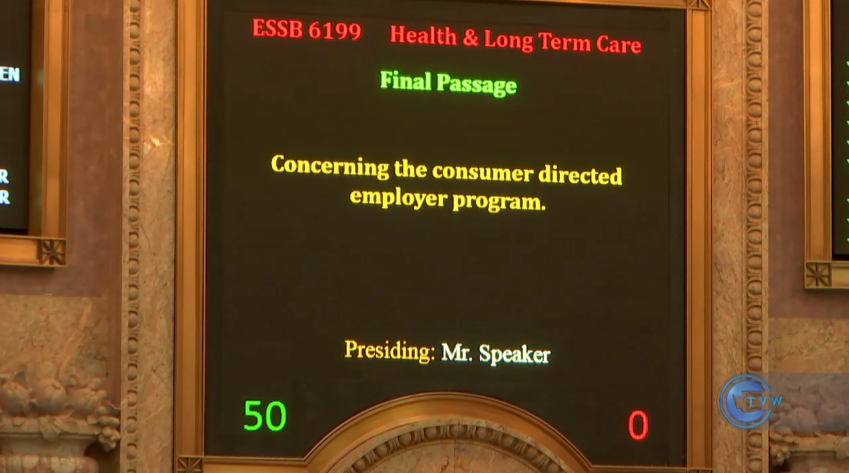 It’s day 58 of the legislative session. More importantly, however, the sun is out!  Everything is good again in the world…

Except we don’t have an announcement about a budget deal. While the legislature can always speed things up as needed, the mechanics of the process typically require about 48 hours of time to finalize a budget of some complexity. So, every hour that ticks off means Democrats will either produce a narrow, modest supplemental, or we may go into extra time.

A day after the carbon tax stalled in the legislature, a group of environmental and labor groups filed a carbon-pricing citizen’s initiative with the Secretary of State’s Office. Beginning January 1, 2020, the initiative would establish a $15 per metric ton of carbon fee, which would then increase by $2 plus inflation every year. Once Washington’s 2035 greenhouse gas reduction goal is met, and the state is on track to meet its 2050 goal, the fee will become fixed. All money collected would go into the “Clean Up Pollution Fund” to be used for clean energy, water, forest, and community investments.

Backers for the initiative include the Washington State Labor Council, Washington Conservation Voters, The Nature Conservancy, and 29 tribes with the Affiliated Tribes of Northwest Indians. They will have until July 6 to collect 259,622 valid signatures in order to get the measure on the November ballot.

Apparently conservative Sen. Ericksen and Baumgartner may also support the initiative. They dropped a bill this morning that practically copies the initiative into bill form. We’ll see what they plan to do with it.

Senator Mike Baumgartner has announced that he is not running for re-election this year, but will run for Spokane County Treasurer instead. Leaving the legislature may be part of his reason for introducing a resolution declaring April 1st as Governor Jay Inslee Integrity Day.

Jim Boldt from Duckabush Communications gives us the rundown of the resolution here. From Boldt: “We are hoping the Senator’s introduction of the concurrent resolution was truly, totally based in a demand for some humor, some “steam-letting” of cutoff week.”

We’ve published 103 articles since the beginning of this year. Our Capitol Reporter Emily Boerger has been in Olympia for the session, covering legislation on sexual harassment and assault, gun control and school safety measures, and the Public Records Act, just to name a few. We’ve followed energy projects and the proposed carbon tax. Kylie Walsh and I are adding stories where we can, too.

We’re guessing you probably haven’t read every story we’ve produced, watched every video, or listened to every podcast.

That’s why we’re excited to launch the Daily Wire in these next few weeks to bring you a daily summary of each of the stories posted at the Wire each morning. You can update your email preferences to sign up. And, be sure you’re staying on top of Washington State politics, policy and political economy.

Last week, all 48 Republican Representatives refused to vote on legislation that would contract out home care services to a private entity.  After hours of debate, Republicans left the House floor and refused to return to take a vote on the bill, claiming that the floor debate was censored and one-sided.

It was an action without precedent in recent memory: an entire caucus simply not showing up to vote. Republicans complained they were gaveled down for quoting from the Seattle Times, and that this bill was a result of union contributions rather than good policy.  “I think you don’t have to look any further than the PDC to find out what the real reason is behind this,” said Rep. Condotta.

In 1986, the Washington Supreme Court ruled that the Public Records Act does not apply to courts or their case files because the Judiciary branch is not included in the act’s definition of “agency.” This is the same rationale the legislature used to defend SB 6617, saying they too are a branch of government, rather than an agency.

6. The potential impact of Trump’s tariffs

President Trump has claimed that his proposed tariffs of 25% on steel and 10% on aluminum will reduce our trade deficit and will revitalize the US steel and aluminum industries. But a new report by The Trade Partnership estimated that the tariffs will cause a net loss of nearly 146,000 jobs across the country.

Washington could be particularly impacted by the tariffs and any resulting trade war with 40% of Washington jobs dependent on international trade. Lori Otto Punke, President of the Washington Council on International Trade, argues that “Tariffs will negatively impact Washington state companies and consumers alike by driving up prices of goods and inviting retaliation against Washington state exports and investment.”

Ian Bremmer is the CEO of the Eurasian Group, and always has great data points on international political economy.  He writes about the Italian elections over the weekend, which if you’ve missed, point to greater and continued disruption among western democracies.

Since 2008, Italy’s GDP has shrunk by 4.8%. That has led to an electoral map that divides the north (anti-immigrant) from the south.  It’s a division American electoral watchers might relate to.  It’s not pretty for Italy, which means it’s not pretty for a Europe increasingly divided. And, the lesson from the WWII and Post-War era is that the US cannot prosper as much with a weak Europe as it can with a strong one. This is particularly true for trade dependent states like Washington State.

8.  Four lessons from the transparency kerfuffle 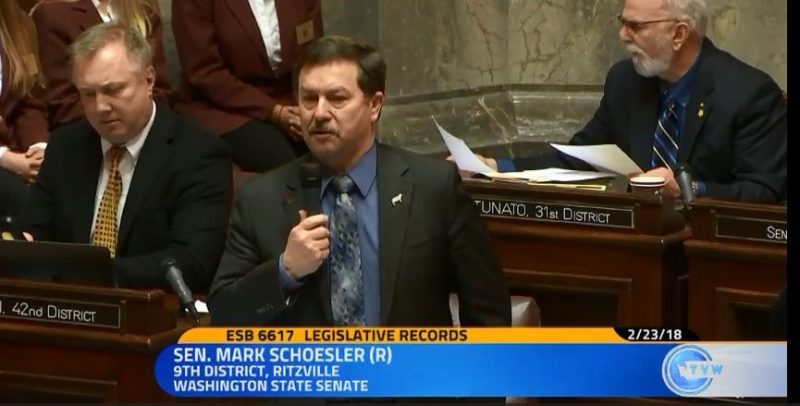 Now that the dust is beginning to settle, there are at least four takeaways from the transparency kerfuffle of the last few weeks. I spend some time on each of these here.

One of those is this:  If this was a compressed timeline (48 hours) so that Caucus leadership could protect its members from organized stakeholder push back, this represented a miserable failure on the part of leadership.  Sen. Mark Schoesler, Senate Republican leader, provided the best and most cohesive argument from the Senate floor. House Democratic Caucus leaders didn’t speak from the floor. They didn’t send out any comment under their own letterhead, actually. Rep. Pat Sullivan had a quote included in a House Republican release while Speaker Frank Chopp has yet to make any comment.