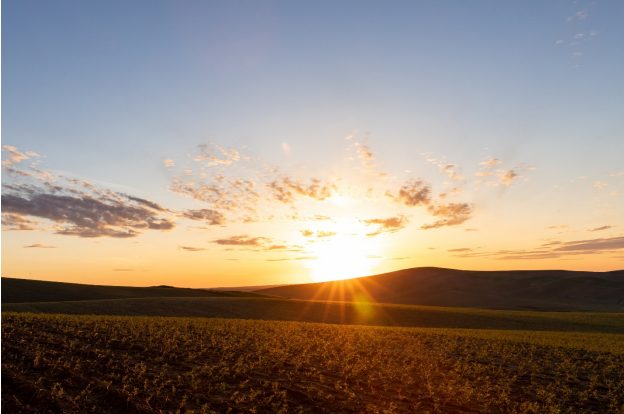 As always, thanks for reading.

Pushback from Republicans and some Democrats was fierce after Gov. Inslee issued partial vetoes yesterday to portions of the cap-and-trade and clean fuel standard bills linking them to the passage of a transportation package, undoing the “grand bargain.” Speaker Laurie Jinkins said the move does not honor the Legislature as a co-equal branch of government and “reaches beyond his constitutional powers.”

Senate Majority Leader Andy Billig said the constitution is clear that the governor is permitted only to veto a full section of a bill, not a subsection. He also said these latest vetoes reflect a pattern: “This is the second time in recent years this governor has attempted to invent such a power. He lost in court then. He will lose again.” But if this dispute is headed to court, Rep. Joe Fitzgibbon, prime sponsor of the low carbon fuel standard, told the Wire that he’s not on board. He thinks the whole idea undergirding the “grand bargain” might be unconstitutional.

“I think it’s poor legislative practice to condition the enactment of one bill on the passage of an unrelated bill and I think it may be a violation of the single-subject rule of the state constitution. So I don’t agree with the Legislature going to court to defend the practice of logrolling together unrelated bills,” said Fitzgibbon.

Join the Wire later today at 3:30 PM for a virtual conversation with Sen. John Braun, Rep. J.T. Wilcox, Sen. Shelly Short and Rep. Jacquelin Maycumber about the 2021 session and their plans for the interim. After speaking to Democrats recently, Wire publisher DJ Wilson be asking the Republican leaders for their takes on the session.

Republicans had a hand in crafting several pieces of bipartisan legislation, such as the Working Families Tax Exemption bill and overtime protections for farmworkers. To do that, Republican leaders said they focused on building “philosophical majorities across the aisle.” We’ll be discussing these philosophical majorities and their game plan ahead of next session and the 2022 election. To view the conversation, register here!

3. How Washington’s rainy day reserves compare to other states

State rainy day funds nationwide had a balance of $71.6 billion in fiscal year 2020, an amount second only to the pre-pandemic record-setting total of $78.7 billion. Washington was not among the 15 states that tapped a total of $12.4 billion from their rainy day funds in the first budget year disrupted by COVID-19. Unlike the Great Recession, rainy day funds made up the bulk of states’ reserves in the year before the pandemic, accounting for 65 cents of every dollar in total balances at the end of fiscal 2019, compared with 45 cents just before the 2007-09 downturn. According to Pew, the contrast highlights the more prominent role of rainy day funds today in managing state fiscal uncertainty.

Candidate filing week kicked off yesterday for Washington’s 2021 election cycle. Candidates have until Friday, May 21st at 4 PM to declare their candidacy to the Secretary of State’s Office. There are more than 3,200 county offices up for election this year, including over 100 mayoral and 500 fire district positions. In King County, where more than 330 offices are up, a rolling list of candidates who have filed will be updated each day this week at 6 PM.

As it’s an odd year, local elections are on the docket. Large fields are shaping up in City Council races from Spokane to Olympia. Phil Gardner, Chief of Staff to Lt. Gov. Denny Heck, pointed out that since no member of the Legislature has vacated their seat prematurely over the last year yet, 2021 could be the first year since 1991 without any special legislative elections.

At its most recent meeting, the Washington State Board of Education (SBE) provided an overview of how education policy faired during the 2021 session. SBE tracked 142 bills total during the session and 46 (32%) ended up passing the Legislature. The rate of passage increased 12% this session compared to last, when the Legislature passed 42 bills tracked by SBE. There was a significant influx of investments made during the session, many in the form of federal one-time use dollars. These range from $43.7 million in non-public school assistance to $1.74 billion in federal subgrants to Local Education Agencies.

Three out of the four bills requested by the agency passed. The bills that passed included an emergency waiver of graduation requirements, an emergency waiver of instructional hours and days at private school, and legislation that supports “mastery-based learning.” Funding supporting the mastery-based learning bill was included in the final budget passed by the Legislature. The bill that did not pass would have created new graduation credit and pathway options.