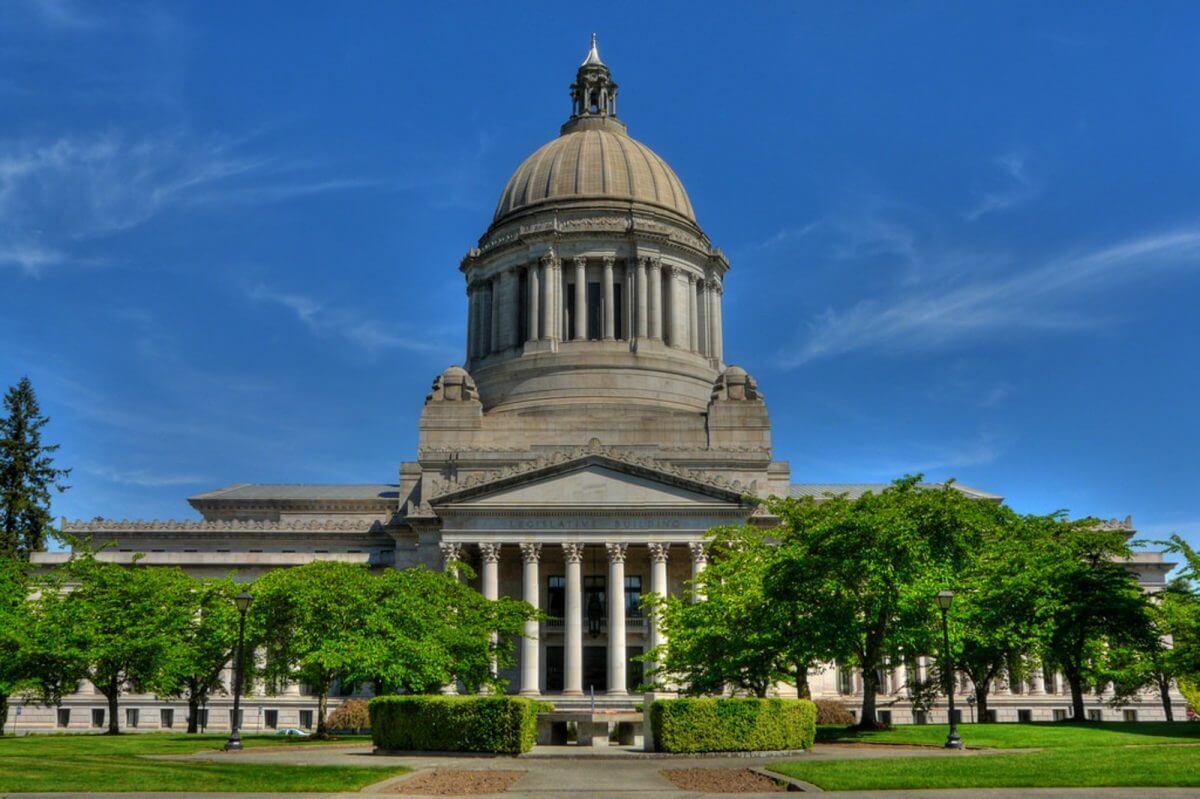 Scientists announced this morning they found patterns among signals or noise emanating from deep space. Last week, scientists announced an asteroid the size of a stadium heading Earth’s direction. In April, the Dept. of Defense confirmed videos that showed unidentified flying objects.

Add those to the list of once-in-a-generation headlines for 2020, including impeachment, COVID, 40m unemployed, nationwide protests, National Guard mobilized, and murder hornets, of course. This has been a supremely turbulent year, and we aren’t even half way through yet.

If you’re tired, you have reason to be. In what other time would America simply skim past the headline of DoD confirming video of UFOs?

Continuing our interview series with candidates in the 10th Congressional District race, this week we spoke with Phil Gardner. Before entering the 10th CD race, he was an aide to Rep. Denny Heck’s, serving as Communications Director and Press Secretary in D.C. before becoming District Director.

Gardner’s plans include advocating for local government stabilization funding, protecting the VA from privatization, and supporting bills that move toward universal health care coverage. Gardner argues that the work of a member of Congress in this political moment is varied, and that working to shift the debate towards solutions is as important as getting legislation passed.

2. Committee on Economic Recovery to meet next week

The first work session convened by the bipartisan Senate Special Committee on Economic Recovery will take place virtually on June 16th at 1:00. This will be the initial meeting of the committee, which is led by Chair Sen. David Frockt and Vice Chair Sen. Randi Becker. The committee is expected to offer possible legislative options to support the post-COVID economic recovery.

According to the work session’s agenda, three core topics will be covered: national perspectives on the COVID-19 economic crisis, unemployment challenges, and regional perspectives on the economic crisis. Speaking to the committee’s purpose after it was announced, Frockt said, “The purpose of this select committee is to look deeply at the ways in which the pandemic has structurally changed our state and regional economies, and to make recommendations on how we can come out stronger on the other side for workers and the businesses that employ them.”

I went Seattle’s Capitol Hill on Sunday afternoon to see the protests for myself. My wife, three kids, and all of our COVID masks were in tow. It was peaceful and calm. There was clear leadership and a strong network of support infrastructure, like medics, food, water, and other support services, apparently much or all of which had been donated.

As we were there, a letter signed by practically every Democratic elected official in Seattle, including legislators, called on Mayor Jenny Durkan to end “police violence” and “overreaction.” At midnight, watching from the safety of my home, the Seattle Police Dept. launched over 100 flash bang grenades and unleashed tear gas after having said it would not be.

After 12 days of Seattle protests, Council Member and Budget Chair Teresa Mosqueda is leading an “inquest” into the SPD budget saying “I’m committed to defunding the police.” Mayor Durkan, who won praise for leadership during COVID, now has three council members calling for her to resign. Last night, the East Precinct was vacated by the police.

4.  A demographic and economic profile of immigrants in Washington State

New data released by the American Immigration Council shows that 15% of Washington State residents are immigrants. The Council’s Washington State fact sheet contains a host of other data points, including the fact that immigrants represent 19% of the state’s labor force and paid $9.7 billion in federal taxes and $3.9 billion in state and local taxes in 2018. As consumers, immigrants spent $34.3 billion on the state’s economy in 2018.

A recently released NFIB Research Center survey looking at the utilization rate of loan forgiveness programs found that 77% of small businesses have applied for a PPP loan and 93% of those have received the loan. Most borrowers are currently in the middle of their 8-week forgiveness window, but 23% said their window ends this week and 7% said their window ended yesterday.

Almost one-quarter of borrowers who have received a loan have already used at least 75% of the proceeds. Regarding the lesser utilized Economic Injury Disaster Loan (EIDL), 35% of those surveyed applied and a majority were approved. Meanwhile 88% of respondents were not at all familiar with the Main Street Lending Program, which was established by the Federal Reserve before the COVID-19 pandemic. Only 1% anticipate applying for a loan through the program.