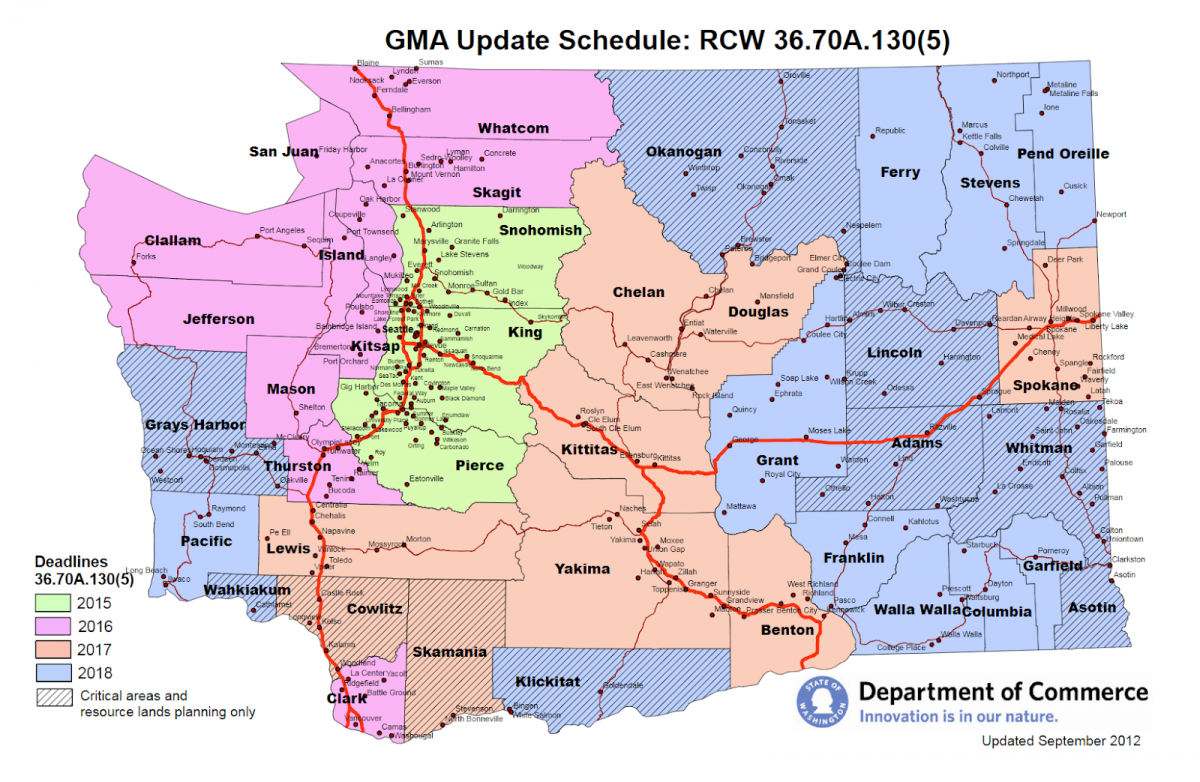 Nine days until the 2018 Re-Wire Policy Conference takes place on December 13th! In this edition of the Morning Wire, we connect some of the conversations in Washington State politics in general to some of the specific discussions teed up next week. We also feature our original reporting on the leadership changes and committee meetings that took place in Olympia this past week.

Our Re-Wire agenda includes 60 speakers, made up of over 25 elected officials, as well as stakeholders, media and campaign professionals. If you haven’t already registered, now is the time to do it. We’d be honored to have you with us next week.

1. Keynote: A Conversation with Hilary Franz

The predicted impacts of climate change are no secret to Washingtonians, with issues like wildfires and the state’s critically endangered orcas capturing headlines. Hilary Franz, Washington’s Commissioner of Public Lands, is at the epicenter of many of those conversations — which is one of reasons we’re so excited Commissioner Franz will be joining as at the 2018 Re-Wire Policy Conference on December 13th.

The lunchtime keynote conversation with Commissioner Franz will cover hot-button environmental topics that will be front-and-center in the 2019 Legislative Session. It’ll serve as a thoughtful bridge in the middle of a full day of exploring Washington policy and politics through a policy-agnostic, non-partisan lens. 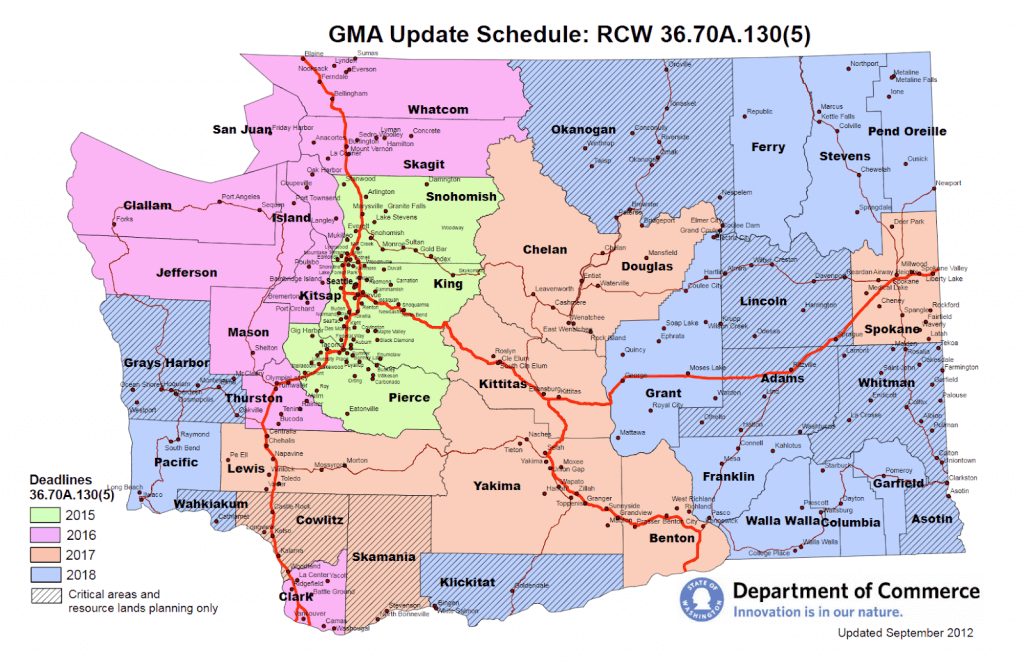 Washington’s biggest cities are densifying rapidly and seemingly busting at the seams, presenting major challenges for the legislature and local governments and exposing weaknesses in the Growth Management Act. At the House Environmental Committee’s interim assembly meeting, the William D. Ruckelshaus Center presented its updates on a two-year process to create a “Road Map to Washington’s Future” that’s due to wrap up at the end of June 2019. All raises the question: Is it time to re-open and update the GMA?

This is an outstanding lineup on a topic that touches every piece of Washington State’s economy and quality of life.

3. Looking ahead to Republicans’ strategy in 2019 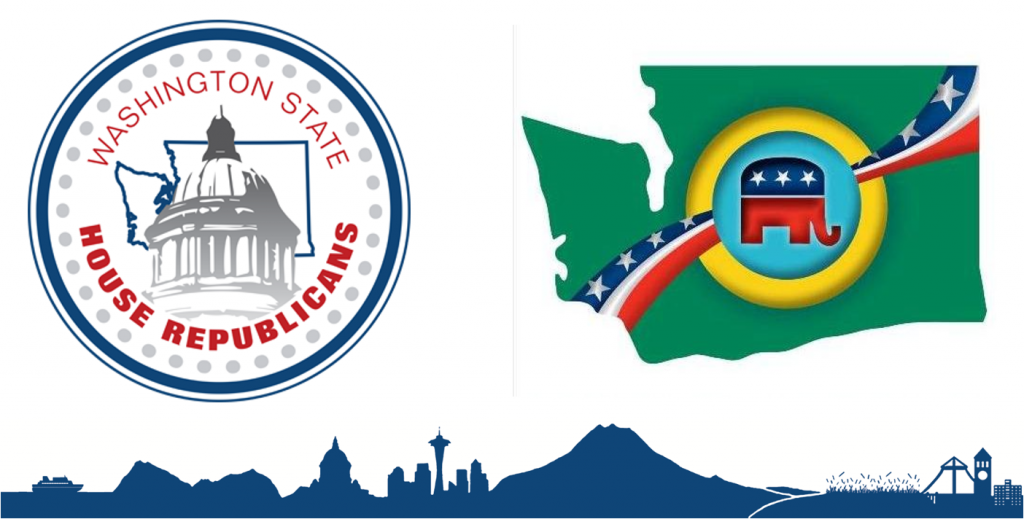 Legislative Republicans’ strategy will be an interesting thread to follow next session. We featured one Republican Senator’s perspective in the Wire recently: Senate Republican Caucus Chair Randi Becker celebrated the new members of caucus leadership, saying, “I’m just excited there are six women and two men.” In a separate conversation with Wire reporter Sara Gentzler, Sen. Maureen Walsh projected that her caucus may need to focus on “playing defense” against certain bills, and especially against overspending next session.

Last week, House Speaker Frank Chopp announced his plans to step down from his leadership role after the 2019 session.  He’ll have served as Speaker or co-Speaker for two decades. Rep. Chopp brought some of his caucus’s legislative priorities for his final session as Speaker to light during a conversation with the media following his announcement. Among the issues he emphasized most: mental health, housing, and student financial aid. Over in the Senate, Dems created two new committees to address homelessness and mental health, reflecting consensus on priorities across the chambers, and elected the most diverse leadership teams in the history of the legislature.

On December 13, Sen. David Frockt, Vice Chair of the Senate Ways & Means Committee, and Rep. Zack Hudgins, Chair of the House State Government, Elections & Information Technology Committee will offer their thinking on how the upcoming session might play out for Democrats. These are two of the most well regarded members of the legislature – both incredibly smart, accessible and thoughtful.  So, it’s a unique opportunity to hear from them both in one session.

Last week, OFM released its final Washington Economic and Revenue Forecast of 2018 showing continued strong growth and predicting an increase in revenue of $196 mil in the next biennium for an projected biennial budget of $49.06 bil. Governor Inslee is expected to announce how he proposes to allocate the money on December 13th when he releases his 2019-2020 biennial budget proposal just ahead of the legislative session.

The Governor’s proposed budget will incorporate the state agency “Decision Packages” that were submitted by agencies back in September. We broke down some of the notable budget asks in this piece, including those from the Health Care Authority, the Dept. of Transportation, and the Dept. of Children, Youth, and Families. Inslee’s proposal will offer the final decisions on these “asks” and will outline the funding requests that agency leaders will ask legislators to pass during session.

6. The stats that could drive continued education reform

In the wake of McCleary, a new legislative report from the Washington State Board of Education shows there’s incremental progress being made to improve the health of Washington’s education system, but still plenty of work to be done. That’s especially true in regard to persisting performance gaps among student subgroups based on race, income, and other characteristics. The report shares some ideas to address those gaps, we’ve summarized those here.