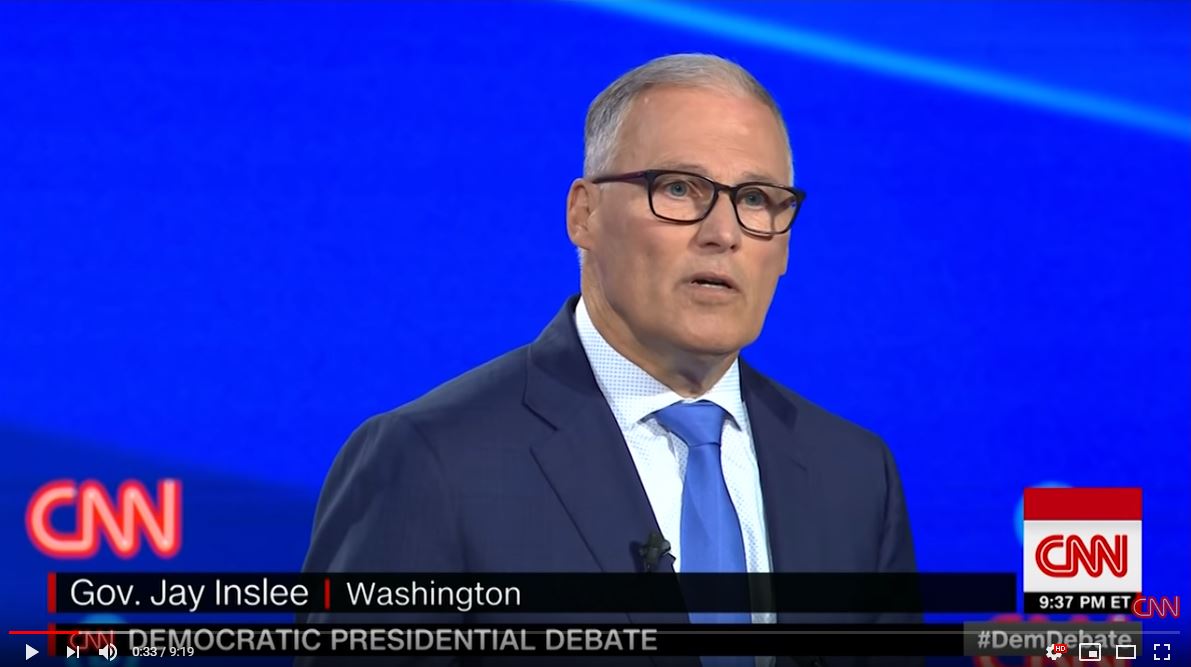 As always, thanks for reading our stuff, and for your support of our independent coverage at The Wire.

Rep. Laurie Jinkins’s ascendancy to the Speakership in the House is an important milestone for a number of reasons.  Some are obvious: first woman, first out lesbian, first from outside Seattle since 1994. But, I think there are four subtle shifts in what I expect will be a Jinkins’s Speakership compared to that under Rep. Frank Chopp.

As in the Senate, where Democratic leadership had a comparatively softer, more deft touch than in the House, the House is likely to become more of a “bottom up” policy making body. It means members of the Third House are probably going to need to start counting votes again in the House in a way they haven’t needed to in more than a generation.

Washington State holds the longest streak of single party rule of the governor’s mansion of any state in the country. Not “red” Texas or “blue” California – but Washington State. But, after I spent some time digging into election returns from the last few decades, one thing the data suggests is this: the best chance for a Republican governorship may be a Democrat winning the White House in 2020.

You can read the full analysis here. But, with a Democratic president, one could imagine Jay Inslee, who will have just won a third term, getting called up to a cabinet-level position on climate change. His presumed vacancy would mean the Lt. Governor would move up, and an election for the remaining term would come in 2022. Those circumstances may correlate to a 7.65% erosion of Democratic performance in ’22, giving Republicans arguably their best shot at breaking their losing streak.

3. Re-Wire Convening Panel getting together for fall conference

Since we first launched the Re-Wire Policy Conference, the event has grown to become “the most important policy conference of the year.”  It’s a date on the calendar that convenes policy makers, agency leaders, advocates, lobbyists and members of the media in a non-partisan, policy agnostic conference just weeks before the start of the legislative session.

We have a few spots open on this year’s Convening Panel, if you’re interested in joining the conversation.  Drop me a note and let me know. I’m looking forward to it.

4. Observations on the primary season

As you hopefully know, today is Primary Election Day. In Seattle, that has meant things are a “goddamn mess.” Some “Moms” in Seattle have folks worked up because they’re spending money to argue the city should get cleaned up, and create a “temporary housing solution stood up quickly.” The Snohomish County Council has a race between some big local names, including Cecilia Wilson and Jennifer Gregerson, among others.

There is also a Level III registered sex offender running for County Council, raising some interesting questions about covering past criminal convictions among candidates.

One thing stands out this election season: don’t believe the hype about millennials and their voting power. They just don’t use it. And, that’s very clear in King County returns, so far, thanks to work from Glen Pittinger: “Median registered voter age = 43, median age voted (ballot returned) = 56.”

By August 28th, Jay Inslee needs to register at least 2% in four national DNC-approved polls, or he won’t be on the Sept. 12th debate stage. Inslee hasn’t met that mark. Tom Steyer and Mike Gravel both had more support from respondents than Inslee in a Harvard/Harris poll last week. RCP doesn’t even list him on their matrix. This despite great media coverage, like here and here, and surpassing 110,000 unique donors.

Not being on the stage would make things very tough for a conventional approach to the campaign. It’s possible Inslee could build a social media-driven insurgent campaign from the outside, finding a way to build support to get him back in the mix. The DNC is reportedly voting on holding a debate on climate change at its August meeting, which is an opportunity for Inslee.

However, an “all in” strategy of this sort means he probably doesn’t run for a third term as governor. That’s the decision he faces: commit to the White House against long odds, or fight at the state level. I’m guessing we have an announcement he’s running for governor shortly after Democrats take the stage in Houston.