Welcome to the New Year – and your last week of solace before the gavel falls on the 2018 legislative session.  Since this is a great time to issue predictions that we can all laugh at later, we have our attempt at real, take-them-to-the-bank predictions for 2018. We also highlight questions about pre-filed bills and energy permitting. Finally, we have more original content for you with a short video and a long form podcast.

This first prediction may not go over well, but for as anxiety-producing as our politics were in 2017, I think things are going to be getting much worse.  Election years have a way of doing that.  With races both in Washington (5th CD, 8th CD) and nationwide likely to get lots of coverage, to say nothing of 123 state legislative races, the uncertainty about the future is likely to be nerve rattling.

Moreover, with Special Counsel Robert Mueller’s findings likely to lead to more indictments beyond the four already public, the fundamental pillars of our republic are likely to get shaken. By the time 2018 gets a head of steam, you’ll pine for the calm of 2017, I’m afraid.

Speaker Frank Chopp has been one of the most important figures in the history of Washington State politics.  Not just for the last generation, but ever.  He’s the longest serving Speaker of the House, having held or shared the gavel since 1999. He was Minority Leader before that from 1995 to 1999.

It’s an impressive run, particularly during the ups and downs within the Democratic Party over the last two decades. Members come and go.  Indeed, governors come and go, but Chopp has remained.

But, I think this may be the year.  Chopp has a plan for his career, and is telling members sworn to secrecy what it is. He’s also letting senior staff move on to other positions. Tony Yuchasz, his long time Executive Director of the HDCC since 2003, left that position in the fall. The 2018 and 2020 elections will be some of the most important for Democrats in at least a decade – if not more. From the tea leaves, I’d bet Chopp believes that if he wants to leave before the 2020 election, there is no cleaner time to do it than this year.

If history is any guide, Donald Trump would not have been elected. So, I say this with some level of awareness that we are in uncertain political times where history may not be any guide.

But, if history is indeed any guide, 2018 is going to be a good year for Democrats running for governor. Republicans have to defend 27 seats, and only 14 of them are considered “safe” or “likely” Republican. Off year elections are seldom good for the party in power, and some think 2018 could be a wave for Dems.

If Democratic gubernatorial candidates win big, Inslee will bask in that glow. As Chair of the Democratic Governors Association, he is building a national fundraising network, will be active in key primary states (Iowa, New Hampshire, South Carolina), and will be among the most feted of figures should Dems pick up governor’s mansions across the country. That bodes well for a figure on the rise in national politics.

Seattle City Councilmember Teresa Mosqueda joined us for our first Wire Insider video to discuss the issues she will be fighting for in her new position on the city council. Her top priorities include changing the work place culture and responding to the #metoo movement, creating a health system regionally, and ensuring that all residents have health insurance and access to care.

“We need to stand up, fight back, and create a stable health system regionally. And we know that we’ve taken tremendous steps in Washington State. We’ve covered almost 96 percent of kids in our state. We have some of the highest rates of insured people in Washington in recent history. However, undocumented immigrant adults are still not covered. Women are worried about their reproductive justice and access to affordable health care. We’re worried about transgender individuals being able to get the services that they need and the LGBTQ community to be able to have services they need in health clinics as well. I want to make sure that in Seattle, and more regionally working with King County, that we actually have a regional health plan.”

Emily Boerger on our team will be in Olympia covering the legislative session this year.  Her story out this morning scans all of the pre-filed bills that are teed up to be introduced when session starts next week.  But, she’s whittled that down to four policy areas that she thinks are worth tracking.

She’s keyed in on Inslee’s carbon pricing plan, the opioid epidemic, net neutrality and legislative transparency. On this last point, don’t think this is about process alone.  Many members of the press corps sued the state to enforce public disclosure rules against the legislature itself. As the AP’s Rachel La Corte highlighted in a tweet, “Access to harassment complaints among reasons why @AP, other news orgs are suing for #waleg documents.”  Rep. Paul Graves has a bill that would clarify the law so that legislators are, indeed, subject to the same public records laws as other state officials.

6.  Prediction: Inslee’s carbon plan gets its own special session

There is a lot of interest on both sides of the aisle in a carbon bill in the 2018 session.  There is very little consensus, however, on what kind of carbon-related bill can pass both chambers.  A carbon pricing plan is central to Gov. Inslee’s 2018 supplemental budget, but the administration has yet to deliver even a set of talking points on the bill, much less a bill itself.

So, it’s not likely that a broad consensus is going to take shape around a bill that does not yet exist. This is particularly true in a short legislative session with the policy cutoff first coming Feb. 2nd.  Sure, this bill could be NTIB (‘needed to implement the budget’) and have more time.  But, there is not a track record that says this is going to get done in the regular session.

A special session, however, is different. With legislators ready to get to campaigning, if Inslee calls a special session, that immediately puts a fundraising freeze on legislators. It will also focus their attention on the matters itemized for the session: in this case, carbon. It exercises the maximum amount of leverage Inslee may have during the remainder of his term on an issue that he’ll need if he wants to continue to elevate his status nationally. 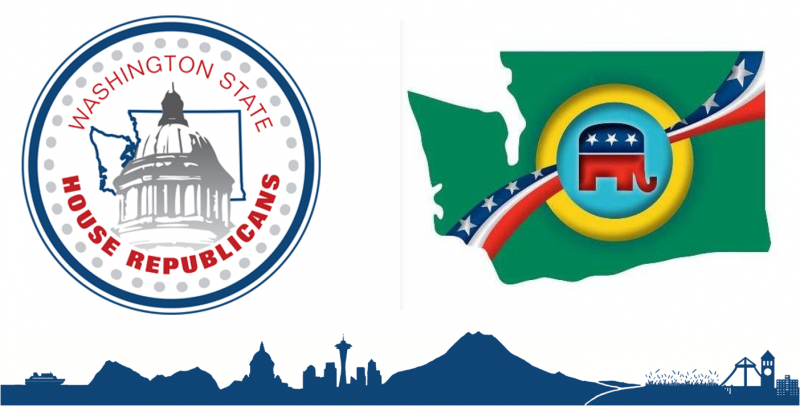 We recorded this podcast at our 2017 Re-Wire Policy Conference with a panel of four Republican Representatives. We hear from Rep. Melanie Stambaugh, the youngest member of the Legislature, followed by Rep. Bruce Chandler, one of the longest serving members of the House. Rep. Dick Muri provides us a high-level overview of what the House Republicans plan to focus on in 2018. Rep. Norma Smith concludes the panel, getting a little more in the weeds on issues.

Rep. Smith sums up her policy vision nicely: “When you think vision I want you to think just two letters: TD…I want you to think ‘Three Decades.’ I believe policy needs to be made in the context of looking out over several decades and seeing it’s consequence because we have a duty, we have an obligation to inspire another generation to believe again in the essential work of government.”

Take a listen here and be sure to subscribe!

8.  Will there ever be another “traditional energy” project permitted?

Last week, Renewable Energy Group announced they have formally withdrawn a shoreline permit application with the City of Hoquiam. This announcement is the latest in what has become a pattern of setbacks and roadblocks for traditional energy projects in Washington State.

From Millennium Bulk’s shoreline permit denials, strong community opposition for Puget Sound Energy’s proposed Liquefied Natural Gas project, and the unanimous rejection of Vancouver Energy’s $210 million shipping terminal, energy projects are stalling across the state. While leaders of these projects maintain their permits are in compliance with Washington’s strict environmental standards, many projects remain tangled in litigation and at a standstill.

With this pattern in mind, I think it’s fair to raise the question: will there ever be another traditional energy project permitted in Washington again, or have we fully moved into the new energy era?