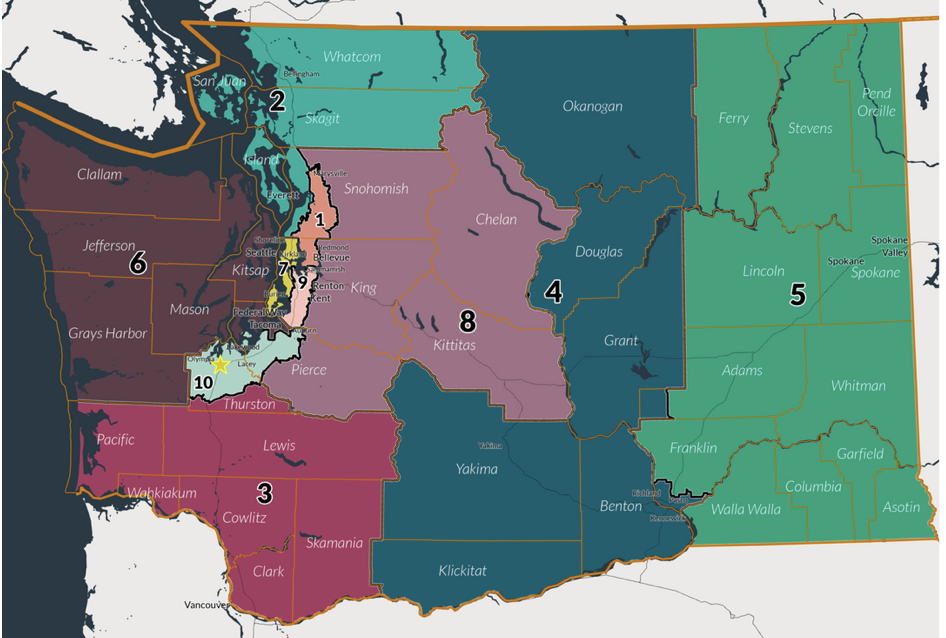 Barring a successful court challenge, Washington’s latest round of redistricting is in the books.

The Senate voted Tuesday to approve House Concurrent Resolution 4407, which makes a bunch of minor changes to the Washington Redistricting Commission’s new maps for congressional and legislative districts.

The 35-14 vote ends the somewhat tortuous path of the plan since the commission melted down just before its November 15th deadline.

If you’ll remember, then the commission missed the deadline, theoretically pushing the issue to the Washington Supreme Court, an outcome many progressives had hoped for under the theory that the court would produce a more favorable map for Democrats than the commission process, which requires bipartisan agreement.

The Supremes, however, took a pass, ruling that kinda-sorta approving new maps within a few hours of the deadline was close enough for government work.

For a breakdown of what the redistricting plan actually did, check out our deep dive in The Washington Observer.

Court challenges are outstanding. One, from the Washington Coalition for Open Government, challenges the plan over the commission’s naked contempt for the Public Meetings Act. The other was filed by a coalition of Latino voters, who argue that the new 15th District in the Yakima Valley violates the federal Voting Rights Act by excluding key communities.

For more on this, check out Melissa Santos’ piece today over at Crosscut on whether reform of the bipartisan commission process is needed. Short version: Lots of folks think it does, but significant changes would take a constitutional amendment, which is a very heavy lift in Washington.