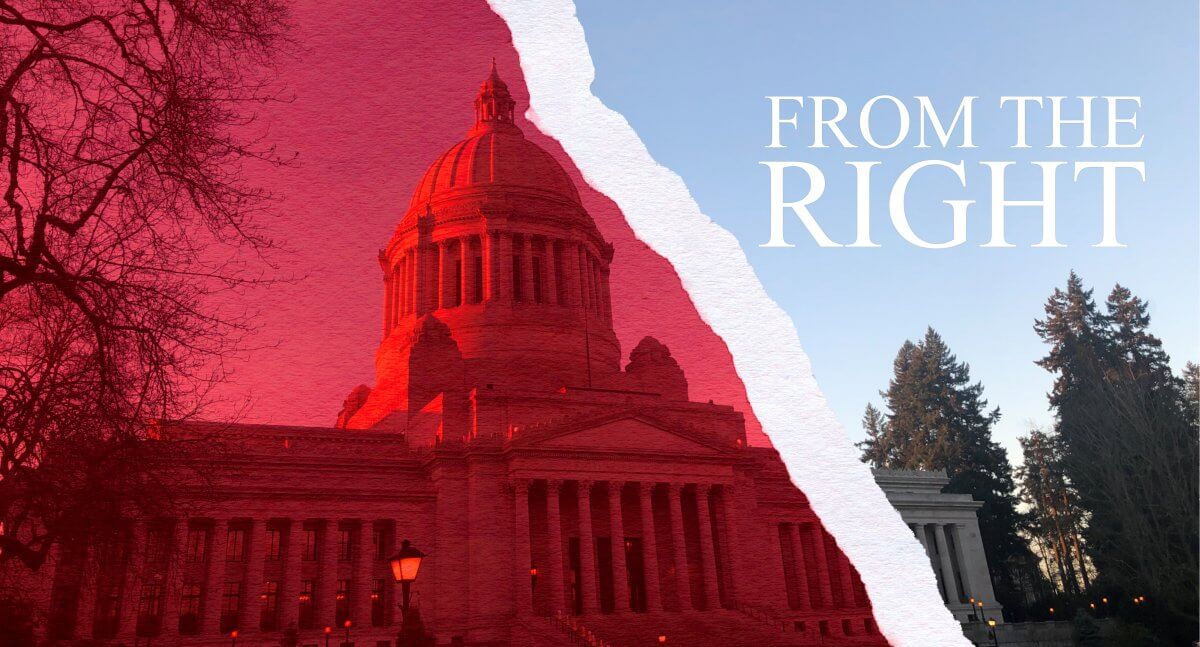 Chad Minnick is the President of Minnick Group, a non-partisan campaign consulting firm with right-of-center clients. He will write an occasional column for the Wire, called “From the Right,” throughout the year.

Also, none of my Democrat acquaintances will give me his cell number for some reason. They probably fear I’d troll-text him Washington Policy Center memes from my local bar on Whiskey Wednesday after sampling three or four of Kentucky’s finest.

Still, I feel like he should hear what I have to say. Because the Democratic establishment is too deferential to Inslee to keep it real with the progressive wonk dubbed “America’s Heartthrob” by The Stranger.

Last month I saw a post on social media from Democratic campaign consulting firm CN4 Partners that showed Ferguson has a dominating lead over any other potential Democratic candidate for governor. He leads by 25% points.

That got me thinking about some what-ifs. And if the Attorney General were my client, my advice would be simple: Bob Ferguson should file to run for governor this month.

If Bob wanted to know my honest assessment, this is what I would tell him:

Democrats want you to run, Bob.

Besides the aforementioned 25-point lead among Democratic voters as proof of this fact, you have masterfully become President Trump’s biggest West Coast critic with your 30-something different lawsuits. Democrats like to remind me that you not only file a lot of lawsuits against Trump, but your 19-0 record proves you know how to pick your cases. I personally think your win record has more to do with friendly left-coast courts than anything else, but I can begrudgingly admit you’ve had success.

As the Democrats’ top Trump fighter, it is an easy pitch to Primary voters that “Bob Ferguson will fight for the values that progressive voters care about.” Actually, Bob, the only offensive thing about you for Democrats is that you are a cis, white male. But that is a disadvantage you can overcome.

Republicans want you to run.

OK, not really. But Republican strategists can see an upside to a Fergie candidacy. Other than Kshama Sawant, Republicans can’t think of anyone who might scare conservative voters more than you, Bob. For all the same reasons Democrat voters would love you, Republican voters will not — especially in those areas of the state where the GOP hopes to win legislative seats.

The Get-Out-And-Vote-Against-This-Guy mailers write themselves, Bob. Republicans could use the help turning out their voters 2020, and you’re just the guy to do it!

If Inslee gets his way, he could give away the Governor’s office to Republicans.

One thing you can rely on is that Inslee doesn’t care about being governor. He has never wanted to be governor.

Rarely around Olympia, he does not engage in any meaningful way in legislation or negotiating the state budget. Instead, he seeks national relevance by taking credit for legislation he had nothing to do with that was sponsored and passed by House and Senate Democrats.

You don’t owe Inslee a free trial run for president, Bob. It’s not his office; it is the people’s office. So, while Inslee is running around the country preaching his gospel of climate change doom and gloom, you should be running to replace him.

Make him choose us or The Daily Show. Olympia or Iowa. Washington State or Washington D.C.

No one in America thinks his vanity run for President is serious. He’s just running for a job as Secretary of Energy, or Interior, or even running the EPA.

Who cares, you ask? Democrats should care, Bob.

If Inslee abandons his presidential run in early 2020 and gets re-elected Governor, and if a Democrat wins the White House, Inslee will lobby hard to get a cabinet post.

What if he gets it? If Inslee gets his heart’s desire, Lt. Gov. Cyrus Habib becomes governor.

For a minute. Then Republicans get it, Bob.

First, because the book of opposition research on Habib has some juicy, titillating stuff in it that has never seen the light of day. Second, because Habib would have to run in 2021 or 2022 to retain the job, when Republicans have an off-year advantage. Democrats easily win most statewide seats in Washington because less engaged, less informed voters turn out in presidential election years. But the makeup of the electorate in an off year is a different matter.

No, in an off-year election year, it’s not hard to imagine a Governor J.T. Wilcox or Governor Bill Bryant.

Wait a minute, come to think of it, that scenario isn’t far-fetched.

I change my mind. You should definitely stay right where you are, Bob. Don’t run. An Inslee re-election might be the best way to help us get a Republican governor.